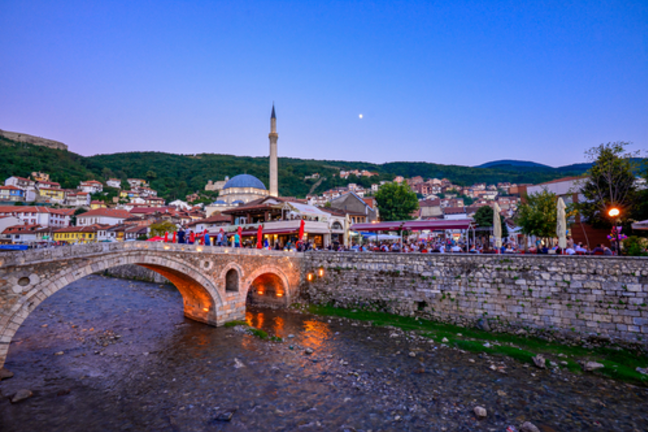 A criminalised peace? The impact of organised crime and corruption on peacebuilding in Kosovo

For groups involved in organised crime, whether trafficking drugs, arms, or even human beings, countries emerging from conflict often present the ideal conditions for their activities.

These ideal conditions can include:

But if such environments are so prone to organised crime, what is the impact on peacebuilding? In this article we will look at post-war Kosovo, where organised crime and corruption became in the words of the UN:

“the biggest threat to [its] stability … and to the sustainability of its institutions.”

The case of Kosovo will show us why combating organised crime and reducing corruption were considered so important to building sustainable peace and development that they were specifically included in SDG 16 (see targets 16.4 and 16.5).

Governance and the rule of law

One of the most important periods for shaping how much organised crime and corruption will impact on a post-war society is when a peace deal is being negotiated and then implemented. International mediators and peacekeepers often face a difficult choice – sometimes called a “strategic trade-off”.

In Kosovo, the international community brought former leaders of the Kosovo Liberation Army (KLA) into the new political and security establishment. This was despite allegations of their involvement in serious crimes such as the trafficking of drugs and human organs. Although this helped to ensure short-term stability, many analysts argue that in the longer term it undermined the integrity of new government institutions through criminal infiltration, most worryingly in the justice sector.

This, in turn, created a culture of corruption in which crime groups have been able to act with relative freedom. 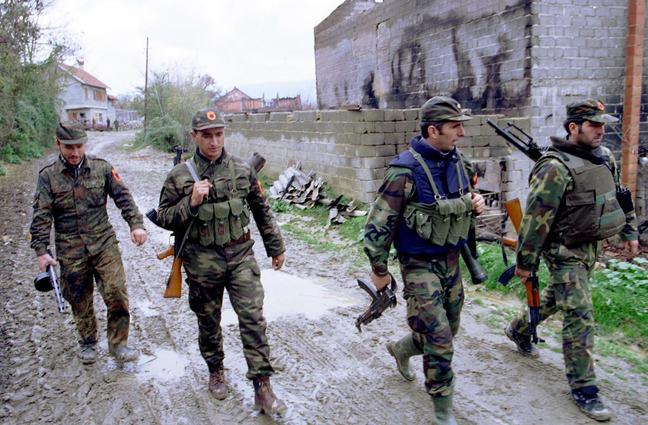 Soldiers of the Kosovo Liberation Army on patrol in the Drenica Triangle in 1998. © Northfoto / Shutterstock.com

By some estimates, for example, the proportion of Western Europe’s heroin supply smuggled through Kosovo doubled from 40% in 1999 to 80% in 2004 – despite five years of a vast international peacekeeping and security mission.

But the effects of organised crime and corruption move beyond governance to other aspects of peacebuilding. In particular, there is a huge impact on economic development and reconstruction which are vital to countries shattered by war. For example:

Kosovars have experienced all of these factors in their post-war journey – again despite the huge international presence dedicated to Kosovo’s security and reconstruction. With high unemployment, foreign aid accounts for 10% of GDP, and the Kosovo Albanian diaspora provides a further 15% making Kosovo’s economy heavily reliant on outside assistance.

Research consistently shows that corruption and organised crime are among the foremost reasons for this faltering economic development with foreign investors put off by tales of widespread bribery, and young Kosovars leaving to seek fairer opportunities elsewhere.

SDG 16 proposes that peace, justice, and strong institutions are intimately related to sustainable development. What we have seen in Kosovo, as in many other places, is that outright conflict has been replaced by the insidious effects of organised crime and corruption, resulting in what some analysts call a ‘criminalised peace’.

While such a scenario is preferable to war, it can create the conditions for future instability by eroding a state’s legitimacy and a society’s prosperity. This can ultimately undermine the prospects for both sustainable peace and sustainable development.

The case of Kosovo therefore shows us that addressing organised crime and corruption is key to realising SDG 16 – just, peaceful, and inclusive societies.

Alexander Chance is a PhD Researcher in International Peace Studies at Trinity College Dublin. With experience of working in various conflict-affected settings, his research explores the relationship between organised crime and governance, and its implications for peacebuilding.