This content is taken from the Stellenbosch University's online course, Teaching for Change: An African Philosophical Approach. Join the course to learn more.
View course

PLEASE NOTE: This course was retired on 14 May 2020. This means it is no longer being updated or maintained, so information within the course may no longer be accurate. FutureLearn accepts no liability for any loss or damage arising as a result of use or reliance on this information.

Teaching for Change: An African... 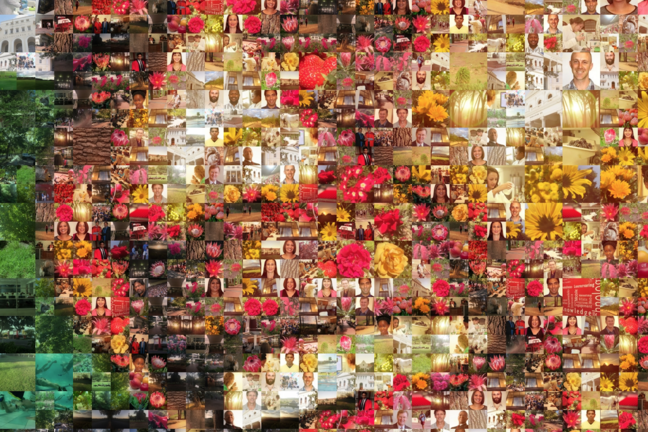 The artwork denotes a communal form of human engagement reminiscent of Ubuntu. Made up by one thousand smaller photos, the collage exhibits the significance of working together.

A way of thinking and doing

Any African effort to construct a philosophy for contemporary living by combining the insights of traditional philosophy with those originating from elsewhere is an effort in the Africanisation of philosophical studies (Wiredu, 2004: 17).

Hence, whereas my interest in this course is guided by an attempt at Africanising philosophy of education, the course also offers opportunities for those interested in enacting justice in and through their educational experiences. As a university scholar for almost two decades, after a long stint in the teaching profession at a high school, I have engaged with texts with the aim to bring justice to the pedagogical (teaching and learning) encounters of myself and students. Our focus in this course will be on the reasons why philosophy of education from an African perspective potentially offers possibilities for just human relations in and through pedagogical encounters, and more specifically through teaching and learning in a university setting. I have chosen the following four themes:

This course is mainly concerned with your understandings. Although I will not be able to respond to all your questions, I am interested to know what you have to say in or about the issues under discussion. In pedagogic terms we refer to such a form of learning, self-directed learning because you demonstrate the independence of mind to articulate your opinions. In this way, as the course presenter I am not just simply a master explicator or someone who offers all answers to questions. I cannot and therefore invite you to come to speech or reach your own understandings which you can share with all others doing this course.

Testing Times in the Classroom: Challenges of 21st Century Education

Explore debates surrounding education in the 21st century - how has education changed and what are the concerns for the future?