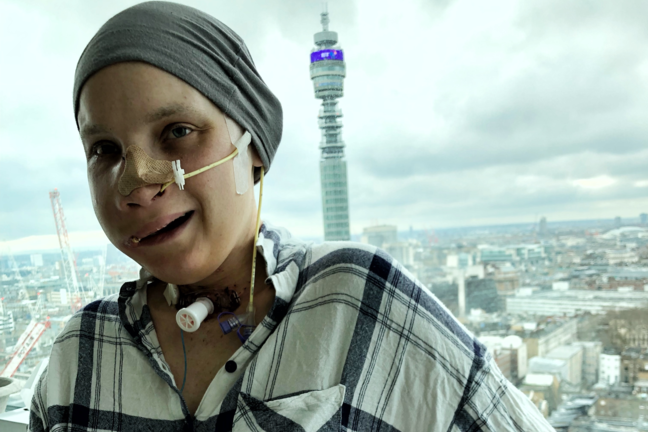 Jen Taylor during her hospital stay

Over the course of this activity we are going to learn about altered airways: tracheostomies and laryngectomies. We met Jen Taylor at the start of this week. She has kindly agreed to share her personal experience of waking up with a tracheostomy after major surgery.

Waking up from an extensive sixteen hours surgery, being sedated and in pain is hard enough, let alone adding the inability to tell anyone what’s going on. They say that most patients are scared of the anaesthetic rather than the surgery. Well I think the tracheostomy is probably at the top of that list for anyone who has to have one, and I think a more tailored and holistic approach will help to ensure patients avoid psychosis and PTSD as a result.

I had been told the tracheostomy was an option, but the information on whether it was likely or not had varied widely depending on which member of my surgical team I spoke to. No one had explained the trachy to me other than ‘a hole in your neck to breathe through, and you might not be able to talk’. Whether or not I would be able to talk was another matter that was up for contention. No one seemed to know whether I would be able to or not, even if I did have one.

So I really had no idea what to expect. Perhaps they do that on purpose? There may be some sense in not knowing the magnitude of something until it’s actually happening - humans have a wonderful way of surviving things, but also of worrying about the unknown. But even when I was in it, no one wanted to explain what was going on.

At first after surgery I was drifting in and out of consciousness. The seconds, minutes, hours that passed were a blur or pain, discomfort and frustration. I couldn’t talk, and the sedation they had given me meant I also couldn’t write or type. This also wasn’t helped by the fact that after 7 months of very intense chemo, neuropathy had mostly taken the use of my hands away from me, and writing was difficult anyway. 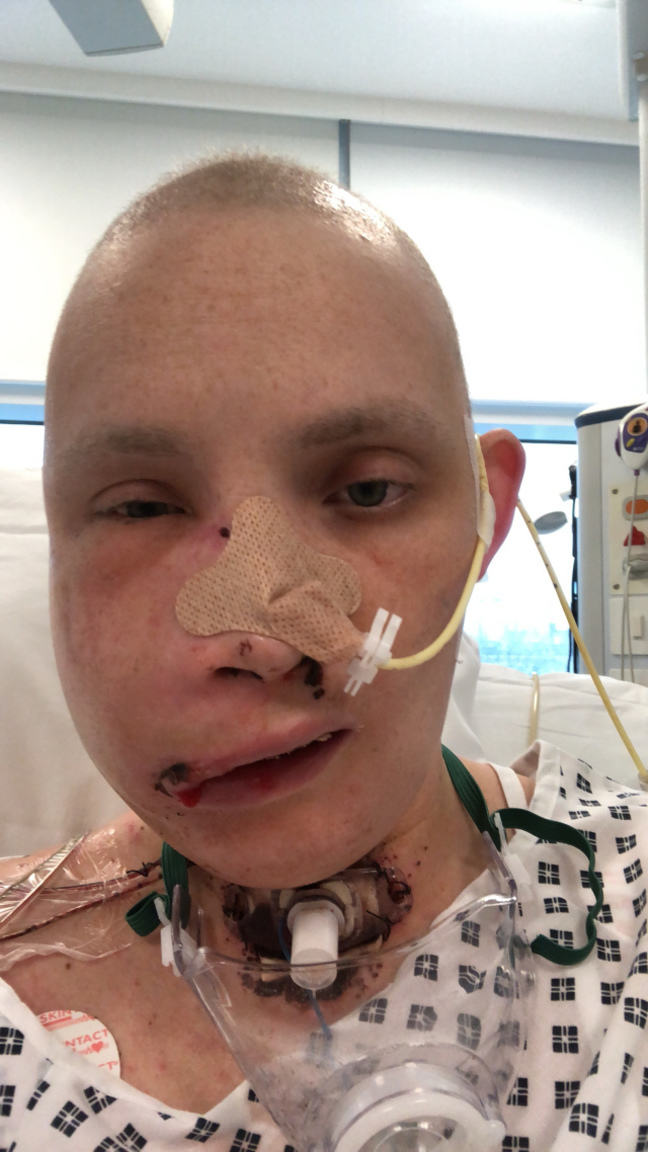 The trachy had added to my confusion and frustration, but my first proper realisation of the horror of the trachy was when a nurse pounced on me and shoved something down it, essentially winding me. I couldn’t breathe, I didn’t know what she was doing, I panicked, she got annoyed. It wasn’t until recently when reading ‘With The End In Mind’ by Kathryn Mannix (recommend!) that I realised that your body goes into panic mode if it thinks it can’t breathe. I guess that nurse didn’t realise either, and she just thought I was being a pain.

Usually you have two options for breathing - your mouth and your nose. While I am aware they go to the same place, you’ve spent your life thinking that at least if one was blocked (e.g. a blocked nose or a mouth full of water), you have the other one as an option. When you have a trachy, that is your only breathing option. And it’s not a natural one, it’s one that apparently fills up with mucus and you have to wait patiently for a nurse to be free and realise you’re choking and come over to help you clear it. At any point you feel like you are one bit of phlegm away from death.

No one had explained the process to me, of suctioning and choking, of panic and reliance. And I’m a bit of a control freak - I like to know what’s going on. I had been through 7 months of having to teach nurses and doctors how to treat me - any time I was admitted to my local hospital between chemo cycles they looked at me like a was a foreign object that they had no idea how to manage. When you get cancer you very quickly become an expert in yourself and to give that away 100% to someone who appears to be trying to choke you is not something you readily want to do.

I was lucky to have the most amazing physio throughout. I didn’t meet her until I was at my worst, and I think that seeing her before I went into surgery would have made a difference to us both. For me, it would have meant that in the chaos of ITU, the person who I saw every day would be a familiar face, and having familiar faces is so important for surviving ITU delirium and staying off ITU psychosis. For her, it would have meant that she could connect better to me as a person. I have since seen some of the people I met in ITU and they were amazed to see me as an actual person, not just as a swollen, unrecognisable blob. 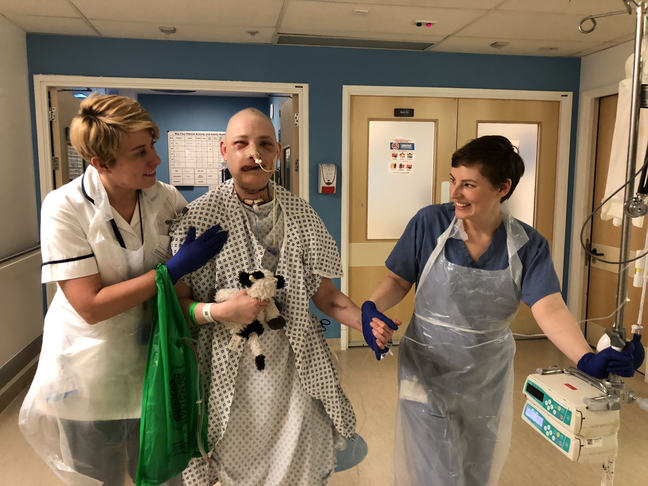 Jen with her physio and nurse

As my physio and I got to know each other, she adapted her style to suit me. She would draw me diagrams to explain what she was doing with the trachy, and she made me part of the process - like things were being done WITH me, not TO me.

Her ability to adapt and treat me like a person (not just a patient) is what got me through this challenging time. 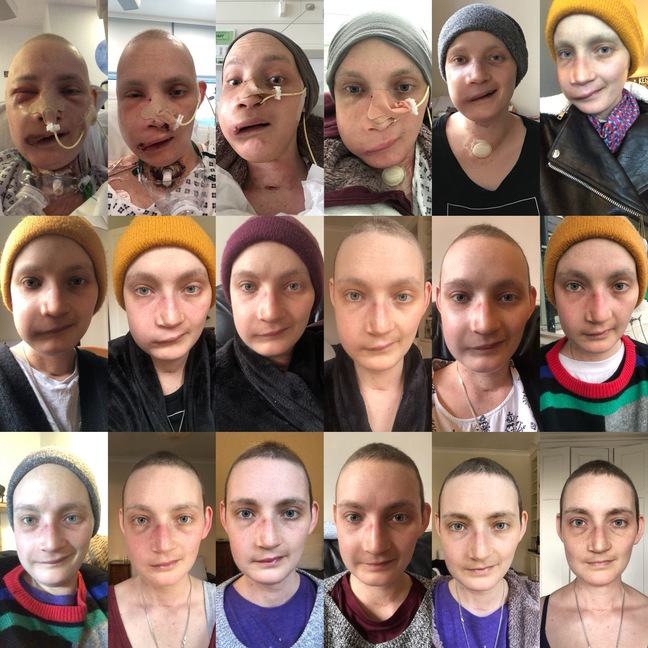 Jen has made fantastic progresses in recovering from her surgery. She shares her reflections and updates in her blog: Jen’s Cancer Chronicles

After reading her account, take a few minutes to consider the patient perspective. What could be the most challenging aspects of having a tracheostomy? What can we do, as healthcare professionals to provide patient-centred care, make our patients feel safe and involved in decisions about their care? Share your thoughts in the discussion below.