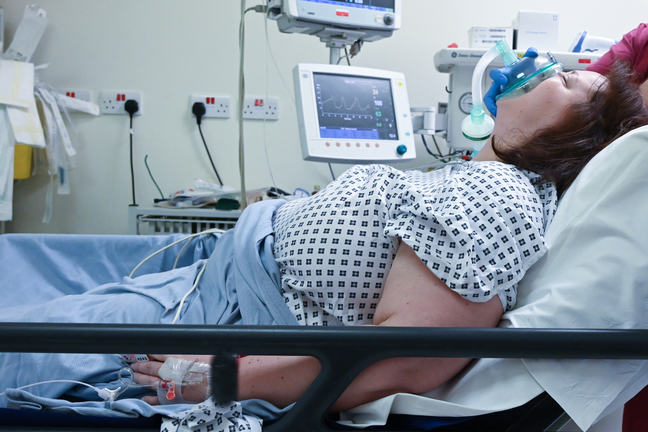 Airway Management in the Obese

Continuing on from their last article, here Dr Harry Thompson and Dr John Cousins describe the potential pitfalls of managing airways in the obese populations, and give guidance on how to avoid some of these.

Let us start by reviewing a short case report.

A morbidly obese patient underwent a total abdominal hysterectomy, that finished late in the eveneing. She had been coughing and reaching for the tube and the anaesthetist was confident that she was able to self-ventilate and ready, so she proceeded with extubation. On hearing the recovery bed was available, the anaesthetist went to the end of the bed to turn on the oxygen cylinder ready for transfer. On returning to the head of the bed, she noticed that the patient had started to desaturate. She immediately inserted an oropharyngeal airway and applied PEEP via the face mask. Unfortunately, the oxygen saturations continued to fall to 70% and despite respiratory effort no CO2 trace was visible. The anaesthetist quickly gave propofol and muscle relaxant, with no immediate effect. At this point the patient became profoundly bradycardic and a cardiac arrest call was put out.

Help from other anaesthetists and theatre team members arrived and the patient was immediately re-intubated and regained cardiac output with an adrenaline bolus. She was transferred to Intensive Care Unit where she was extubated successfully one hour later.

Obese patients rapidly and dramatically desaturate and rescue techniques are more likely to fail. Vigilance is required and adequate support needs to be available at all stages of management of these difficult patients, for whom it is even more important to get airway management right first time.

We have already explored the 4th National Audit Project (NAP4) several times during this course. Obese and morbidly obese patients featured highly. They were twice as likely to have a major airway complication, increasing to four times the risk in the severely obese. This can result in serious morbidity or mortality. The report suggested that contributing factors were failure to recognize obesity as a risk factor in airway management and the failure of standard rescue techniques.

It is widely accepted that having the patient in the ‘ramped’ position optimises the conditions for laryngoscopy. This involves achieving a horizontal line between the external auditory meatus and the sternal notch. This can be achieved in several ways: using pillows, blankets or foam wedge devices.

Not only does this position optimise intubating conditions, it also ensures that the detrimental effects of obesity on respiratory mechanics are minimized, prolonging the time to desaturation and safe apnoea time. These measures increase safety when it comes to securing the airway in an obese patient and cannot be stressed enough. 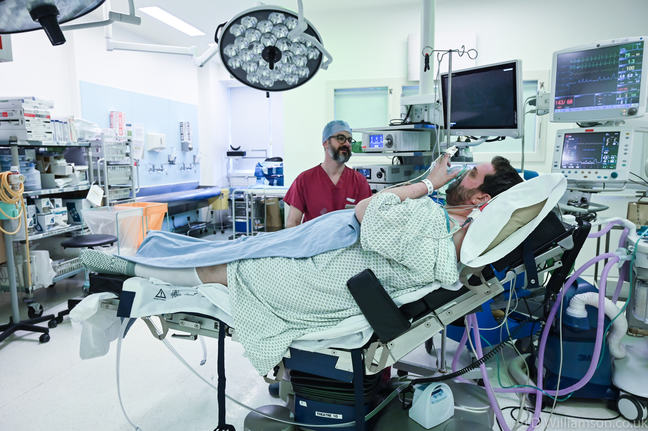 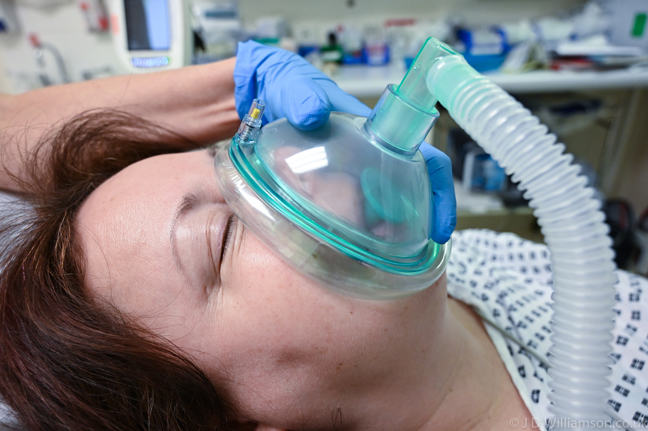 Difficulties in face mask ventilation can often be overcome by:

Laryngoscopy, in a well-positioned obese patient, is rarely more difficult than the general population. Achieving intubation quickly is crucial due to the high risk of rapid desaturation. Therefore, a familiar technique is likely to be the safest. Videolaryngoscopy is an important adjunct but there is no evidence that any device performs better in obese patients.

If intubation fails then the priority becomes oxygenation, either with a supraglottic airway device or face mask. If these succeed, then the decision to wake the patient up must be considered. If these fail, then an emergency front of neck airway should be performed. The problem in the morbidly obese patient is that excessive tissue and indistinct landmarks makes front of neck access highly problematic, and in many patients effectively impossible. These factors mean that the use of awake intubation techniques is sometimes necessary in this population, and a low threshold for the use of such techniques is wise.

WARNING:Suxamethonium should be used with caution in obese patients. Effective doses are calculated using total body weight, often at 1–2 mg/kg. Such large doses can have undesirable side-effects such as decreasing the the safe apnoea time and causing bradycardias.

This new infographic from SOBA provides a useful summary of anaesthetic drug dosing in the obese patient.

In the recovery area, patients should continue to be nursed in the upright position with supplementary oxygen. If applicable patient’s own continuous positive airway pressure (CPAP) device should be commenced as normal. High-flow nasal oxygen can also be used if standard supplementary oxygen does not maintain adequate oxygenation. Incentive breathing devices such as spirometers can also be used to encourage respiratory exercises by the patient but require preoperative training. Early mobilisation and physiotherapy are key to enhanced recovery.

How confident are you at managing the obese surgical patient? Have you encountered any problems at intubation or extubation and how did you overcome them? Do you think you will now change your technique? Please do discuss your experiences in the forums with your fellow learners, although be careful to keep all discussions confidential