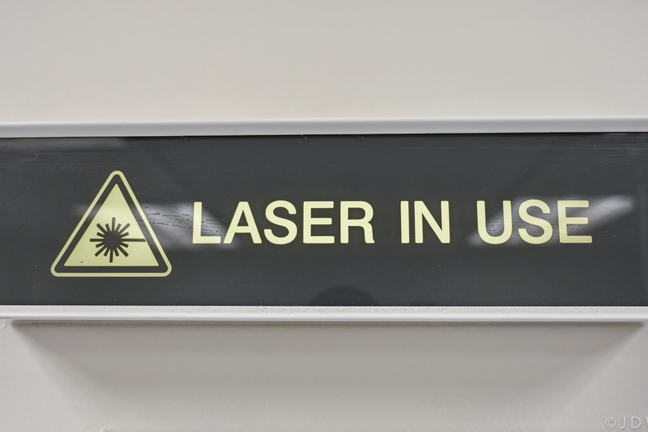 In this step, Dr Jigna Modha, Consultant Anaesthetist and Suzi Bartholomeusz, Clinical Practice Facilitator at University College London Hospitals, explore what LASER is and how it can be used safely.

There are 200 LASER-related fires in the US per year, 20% result in serious injury and 1% of these patients die as a result.

LASER stands for ‘Light Amplification by Stimulated Emission of Radiation’. Different mediums can be used to produce LASER beams of different wavelengths and this determines its use. Carbon dioxide LASERS have a wavelength of 10.6 micrometers. This frequency of light is very well absorbed by water which makes up most biological tissue, making carbon dioxide an ideal LASER medium for airway surgery. Other examples include KTP (used for vascular lesions in the airway), Nd-Yag, and Argon.

The surgeon can control different aspects of the LASER such as the exposure time, beam size and power density (watts). LASERS used in the medical industry are Class 3b or 4, these carry significant risks which make their use hazardous. Therefore, LASERS must be operated by fully trained and authorised personnel. 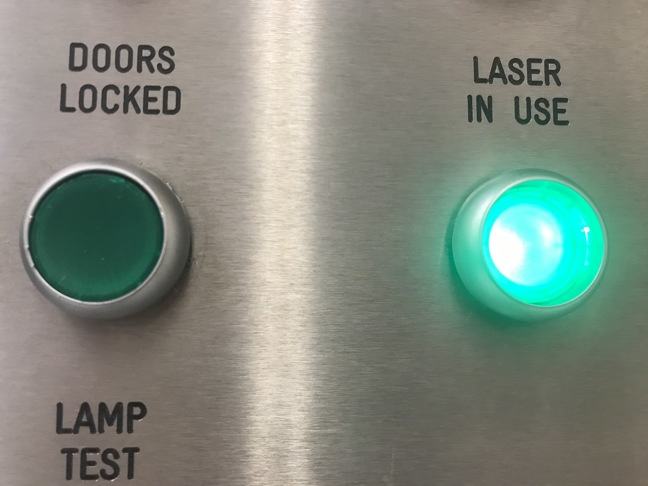 Eye damage
There is risk of corneal and retinal injury to the patient and to anyone present in theatre. Distance from the LASER offers no protection. The patient’s eyes should be taped shut, avoiding lubricants, and covered with saline soaked pads and in some instances special eye goggles. For theatre staff, eye goggles specific to the type of LASER being used should be worn ensuring they wrap around the sides of the eye.

Skin and drape damage
The patient’s skin, face and exposed areas can be damaged during microlaryngoscopy with LASER. Large saline soaked gauze swabs should be meticulously wrapped around these areas with no part uncovered. Particular care to be taken around the proximal portion of the surgical laryngoscope to ensure the lips and nose are fully protected because this region is more likely to be struck by a reflected laser beam from the rim of the surgical laryngoscope (which is what happened in the case described). Alcohol containing skin preparation must not be used as it is flammable. Disposable surgical drapes are a fire hazard despite being treated with flame retardant chemicals. They are also water resistant so once on fire, water will just roll off and the only thing that will work is a carbon dioxide fire extinguisher. Do you know where the fire extinguisher is kept in your theatres?

LASER plume
Use of LASER can produce smoky emissions containing vapours and particulate material caused by vapourisation of tissues which have been shown to be hazardous to the respiratory tract. Common practices to minimise the risk include wearing surgical masks, using suction to divert the plume and in some places there are smoke evacuators.

Venous air embolism
This has been reported during the use of the Nd YAG LASER, with the possible mechanism being entry of air into the venous circulation from the active co-axial cooling system in the ruby tip of the LASER probe. Management relies on early detection.

The ignition source can be LASER or diathermy. Misdirected LASER due to human error or equipment failure can lead to complications including fire. A few examples of fuel are tracheal tubes (it is important to note that LASER tubes are fire-resistant not fire-proof), alcohol based surgical cleaning preparations, surgical drapes and a gum guards. Oxygen is used to ventilate the patient and will always be in use. One can however minimise the risk of fire by reducing the fraction of inspired oxygen delivered to the patient.

By removing one of the three elements of the fire triangle the fire can be extinguished. Fires are eliminated by ceasing oxygen, extinguishing flames with a saline solution, removing any flammable material in the airway such as tracheal tubes or mouth guards, then re-establishing a safe patent airway for oxygenation and examining the area for damage.

Given the seriousness of the hazards of LASER safety protocols concerning LASER are of paramount importance along with regular staff training. When using LASER, fires should be discussed with the patient and documented on the consent form as a rare but serious complication. Fire risk should also be mentioned at the WHO team brief. There should be experienced staff with full knowledge of how to safely use the LASER machine.

The LASER safety officer is responsible for checking the machine prior to use making sure the red beam is aligned with the invisible carbon dioxide LASER beam. There should be closed loop communication when LASER is in use, with the machine in standby mode when not in use. There is also an emergency stop button on the machine should any problems arise. There should be clear LASER warning signs on the door and the door must be locked when the LASER is in use.

Instruments should have a dull, blackened or matte finish to prevent reflection. The LASER safety officer and operator should ensure that staff in the operating theatre are wearing safety goggles before using the LASER. Although laser fires are rare, vigilance is key.

Communication, trust, safety and teamwork are key. These were highly commended in the after action review of the case discussed in the previous step, as significant contributors to the patient having a good outcome with no long term complications from the airway fire.