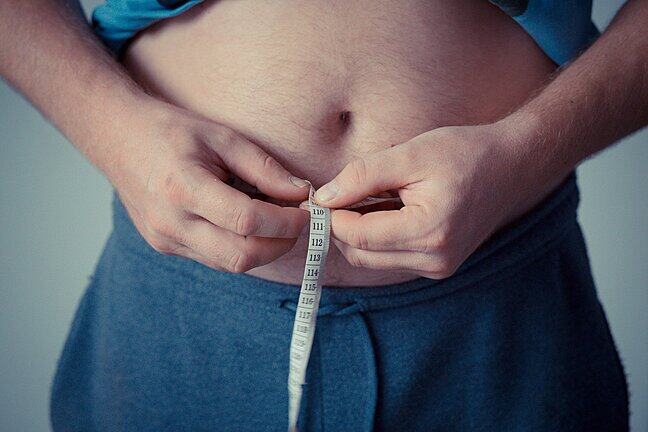 Food deserts are defined as areas where people cannot access affordable and nutritious food. They are usually found in impoverished districts or neighborhoods where they lack stores, farmers markets, and other healthy food providers.

The presence of convenient stores does not compensate for the lack of healthier food choices, instead they imply higher prices and availability of products high in fat, salt and sugar. Products such as cigarettes, alcohol and junk food are provided in every corner of food deserts, so citizens cannot rely on their local food choices, especially living on a low income and meager benefits. Hence, individuals are forced to carefully search and plan shopping trips to grocery stores in order to find nutritious, but most of all affordable, food.

The food that is closely located in these areas is usually cheap and unhealthy, becoming the fuel of a vicious cycle that leads not only to health problems but also to diminished opportunities at school and in the workplace. Poor nutrition was proven to be linked to obesity, high blood pressure and diabetes, whilst also eing associated with academic performance and behavior issues in children. All of this places further strain on households that are already facing financial struggle.

Many bottom-up initiatives, and organizations of the civic society and private actors, try to fight food insecurity in their community, arranging food banks, food pantries, urban farms and “food on wheels”. Some of them specifically target children who cannot recognize vegetables at their raw state and only eat processed food, others try to directly engage their community in urban farms, to reconnect consumers to some something that once came so naturally: growing food is a revolutionary idea, but not a new one.

Their ultimate goal is to empower people to be active participants in their food journey, giving them the right tools and avoiding imposing another paternalistic figure that gives them food and then disappears. The empowerment is mainly provided through education, which leads to finding creative ways to connect people to food and create a community around healthy food practices.

Food pricing and food availability, as well as others elements, affects how different bodies experience, move and interact in different spaces. The context and the environment in which individuals are placed have major influences on the food habits and general health of consumers. This relation is particularly significant in geographical researches, as we notice a recent shift from an individualistic model of obesity, that holds individuals responsible for their conditions, to an ecological model, which take into account the environmental variables.

From a geographical point of view, the levels of obesity within the population are rather understood as results of obesogenic environments (Smith and Cummins, 2008), which are defined as “the whole range of social, cultural and infrastructural conditions that influence an individual’s ability to adopt a healthy lifestyle” (Foresight, 2007, p. 52). Particular environmental qualities and activities may include architectural characteristics, land use, cleanliness, rates of crimes and safety, as well as the presence of leisure facilities and food outlets.

Such spatialobservations are included within the Critical Geographies of Obesity/Fatness, which seek to expose the simplistic assumptions about overweight bodies. They want to discard the claims that picture fatness as inherently problematic, the promotion of weight loss as a universal health intervention and challenge the stigma associated with body size (Rothblum, Solovay, 2009).

Their interest lays in the analysis of the reproduction processes of class, gender and ethnicity in the stigmatization of fat bodies (Colls, Evans, 2009), and the resulting inequalities they experience in social contexts.

Obesogenic environments were originally defined (Swinburn et al,1999, p. 564) as “the sum of influences that the surroundings, opportunities or conditions of life have on promoting obesity in individuals and populations”.

Obesogenic environment research embraces the ecological model, aiming to provide an “ecological perspective” on obesity and a deeper understanding of it. In this perspective, the different social, physical and cultural environments are essential tools to read and decode the relationships and the interactions of various bodies.

ANGELO, the Analysis Grid for Environments Linked to Obesity, is the most commonly used framework within obesogenic environments research and it classify environmental factors on a micro and macro level. The first one refers to the local and individual sphere while the second one indicates elements on a wider scales, such as regional planning policies, media representations of obesity, and the collective perception of obese bodies.

But obesogenic environments are also seen as contexts that disrupt the body’s “natural’ energy balance” since obesity is thought to arise from an imbalance between the quantity of energy consumed and the amount introduced (Foresight, 2007, p. 6). In this model, there are two we have on one side the food environments, which are the energy inputs, while on the other side we it recognizes the physical activity environments, that coincide with obesogenic factors responsible for the energy consumption.

In addition, the environments can be identified as a spatial containers, where the energy flows, both in and out of the bodies, are influenced, facilitated or impeded by a series of barriers and resources that fill these physical, cultural and social spaces. While Geographies of Obesity avoid to fall into the trap of environmental determinism (Smith, Cummins, 2008), the genealogy of models such as ANGELO framework places its work within an environmental/infectious disease approach.

But the categorization of obese bodies, as well as a deterministic approach to the study of obesogenic environments, hold many consequences on overweight individuals. For example, many young fat people experience social anxiety and fear of judgement from other people when eating in public; fat women have troubles accepting their own bodies and sizes, and therefore have a hard time shopping for clothes. The difficulties experiences by fat people in the processes of self-acceptance and self-love result in a lack of safety from potential discrimination in everyday public life.

Until researchers won’t focus on the experiences and narrations of fat bodies in various contexts, obesogenic environment studies cannot come closer to the observation and understanding of all the factors engaging with social bodies on a everyday basis. The relationship between those and between the environment in which they are placed is very much affected by stigmas, discriminatory practices and accessibility. Such acknowledgement would mean an important step forward regarding the conceptualization of the relation between social actors and contexts. Moreover it would mean not relying upon faulty measures of body size as proxies for health, as well as avoiding the reproduction of assumptions surrounding race, class and gender when evaluating the quality of environments.