Understand what happens to animals when they are affected by viruses

In this free online course, you will learn about animal viruses that affect pets, birds, sheep, cattle, swine and horses, and produce important diseases. These animal diseases may cause huge economic losses to farmers and severe emotional distress to animal owners. They may even be transmitted to humans, posing important questions about their spread and control. The course has been developed by a team at Complutense University of Madrid, who are all experienced in teaching virology and infectious diseases at veterinary schools at Madrid and Alfort.

0:12Skip to 0 minutes and 12 secondsThe term "virus" was invented in the 19th century to describe the mysterious cause of certain diseases, and since then, it has become synonymous with "problems".

0:25Skip to 0 minutes and 25 secondsWhen we consider the word virus, we think about Epidemic, Disease, and even an infection in our computers... We have even coined the term "viral" to refer to something that expands rapidly. But do we really know how viruses work and cause disease in the animals they infect?

0:49Skip to 0 minutes and 49 secondsIn this course, we will study many viral diseases that affect animals. Some, such as rabies, have been known since ancient times; others, such as West Nile fever, Ebola haemorrhagic fever, or the avian flu, have emerged with force in recent decades. Both ancient and recent viral diseases can cause major economic losses of milk, meat or egg production; some induce the death of our animals either, directly or by the need to euthanize them to prevent that the infection spreads; and undoubtedly, many of us know how sad it is to see our pets sick.

1:39Skip to 1 minute and 39 secondsIt is very difficult to cure a viral infection since, usually, there are no effective treatments against viruses. The truth is that viruses resemble the components of the cells they infect. This makes it very difficult to stop viral infections once they infect the cell. Therefore, it is very important to prevent that animals become infected, mainly avoiding the transmission between them. In this course, we will focus on the main mechanisms of transmission of viral diseases, learning step-by-step the different forms in which various types of viruses spread, and we will show related biological and medical aspects.

2:17Skip to 2 minutes and 17 secondsWe will also learn about some infections which are difficult to control as the virus establishes persistent infections, remaining hidden inside the cells, waiting to activate at the adequate time. In our tour, we will stop to know more about some of the most important viral diseases in animals and learn about their possible impact in the health of people.

2:49Skip to 2 minutes and 49 secondsAccompany us in this course and you will have a very broad, cursory view of the importance of the diseases caused by viruses in animals. You will understand the reasons for their great expansion, and you will learn about the best methods and techniques available in our globalized world to prevent them and control them. Get ready to enter the world of viruses and the diseases that they cause as presented to you by a group of specialists in Virology, from the Schools of Veterinary Medicine and of Biology of the University Complutense of Madrid and of the University of Maisons-Alfort.

This course is designed for anyone with a keen interest in the science behind animal viruses and animal diseases. It will be particularly useful to veterinary and science students wishing to complement their studies and anyone working in animal health and welfare. A basic knowledge of biology is desirable, although not required. Though some aspects may be basic for specialists, such as veterinarians, the course will certainly complement their previous knowledge.

What software or tools do you&nbspneed?

No specific hardware or other resources is required. A few steps will require padlet, which is freely available online.

Please note that the videos for this course are delivered in Spanish, with English subtitles and transcripts. 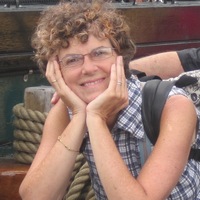 I have a DVM and a PhD in Animal Health. I am a Prof. at the Universidad Complutense of Madrid at the Vet School. I find my work very motivating and love it. But I also have many other hobbies. 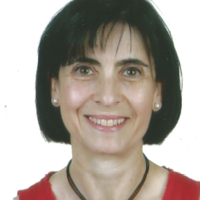 I have a DVM and a PhD in Animal Health. I am a Professor at the Veterinary School at Universidad Complutense, Madrid. My research is mainly focused on animal viruses. I love teaching! 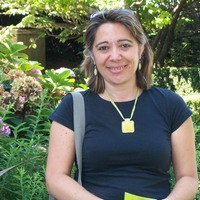 I am an Associate Professor at the Biological Sciences School of the Universidad Complutense de Madrid. I am passionate about viruses especially from birds and I enjoy teaching about it. 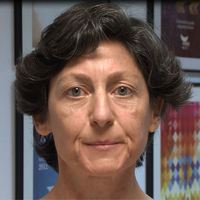 I am an Associate Professor at the Vet School in Madrid. My research is mostly on viral diseases of pigs. 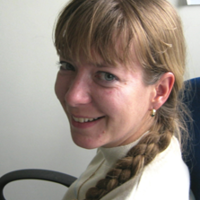 I am a teacher at the École Nationale Vétérinaire d'Alfort. I love viruses and teaching about them. I also participate in a European project about teaching virology. 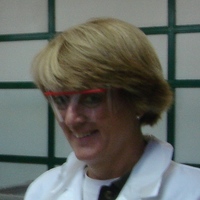 Professor of Animal Health, his teaching activity in grade has focused on the disciplines of: Infectious Diseases, Preventive Medicine and Sanitary Police,
And Zoonoses and Public Health.

The Complutense University of Madrid (UCM) is the largest public research university in Spain, and is widely regarded as one of its most prestigious academic institutions.

The National veterinary school of Alfort (École nationale vétérinaire d’Alfort or ENVA), is a French public institution of scientific research and higher education in veterinary medicine.

Not only pets transmit rabies

You can use the hashtag #FLAnimalViruses to talk about this course on social media.