This reading introduces the context of this week’s course, which focuses on the development of Information and Communications Technologies (ICTs) in China.

The Sponsorship and development of Chinese ICTs

One key aspect of the Chinese internet is the issue of censorship, which has been the focus of concern and interest (see Figure below). But as a result of this concern, there has been a reluctance to acknowledge the other side of state involvement which has been the crucial role of top-down political planning that lay behind the extraordinarily rapid shift to an efficient and widespread ICTs sector. 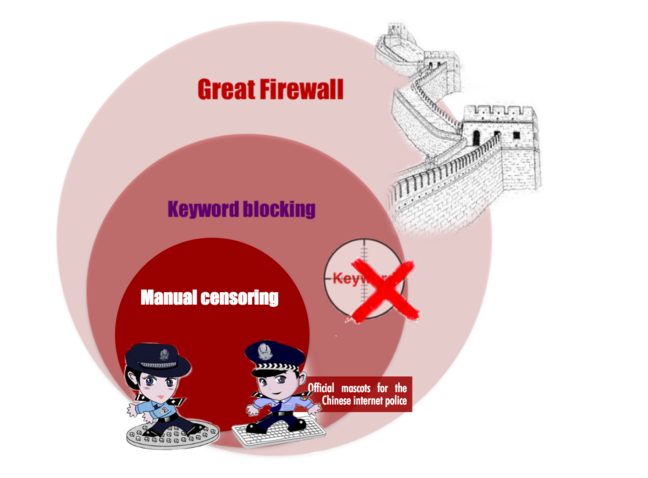 Fig. 1 Chinese internet censorship. The two figures are the official government mascots for the internet police.

Consider why the Chinese government designed these particular icons for the internet police?

The Chinese government has essentially sponsored the development of ICTs. This has been possible through its administrative power along with the allocation of national resources to a deliberate effort to develop China into a high-tech superpower. The explosive growth of digital development (see Figure below) has contributed significantly to the country’s modernisation, which in turn helps to legitimate the regime of the Chinese Communist Party. 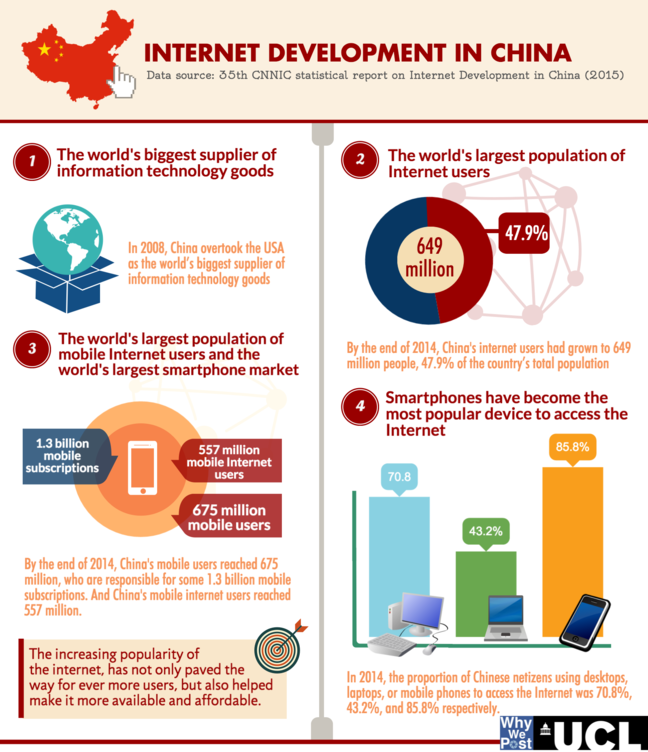 Fig. 2 The development of the internet in China

Although the internet has now become relatively commonplace in China, the degree of access and usage amongst the population is variable and certainly not universal (See Figure below). 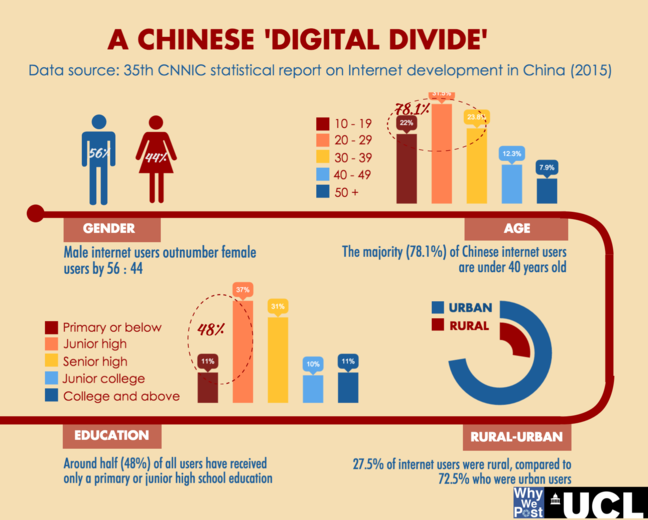 While the Chinese government has blocked its citizens access to the world’s four most visited websites – Google, Facebook, YouTube, and Twitter – China has developed its own flourishing social media landscape. 91% of the online population of China have a social media account (compared to 67% of people in the US). In practice, this means that most Chinese people do not really feel the absence of global internet applications because they are so used to using their own local social media platforms.

One of the earliest messaging platforms to arrive in China was ICQ (an early instant messaging client). Soon China spawned its own version named OICQ, which was the predecessor to QQ (founded in 1999). Since then many different social media platforms have followed, including WeChat (to be introduced later in this week’s material).

The figure below shows the monthly active users (MAU) of different social media platforms (both Chinese and non-Chinese). Despite having a very limited international user base, QQ has 829 million MAU, more than half that of Facebook’s global users. 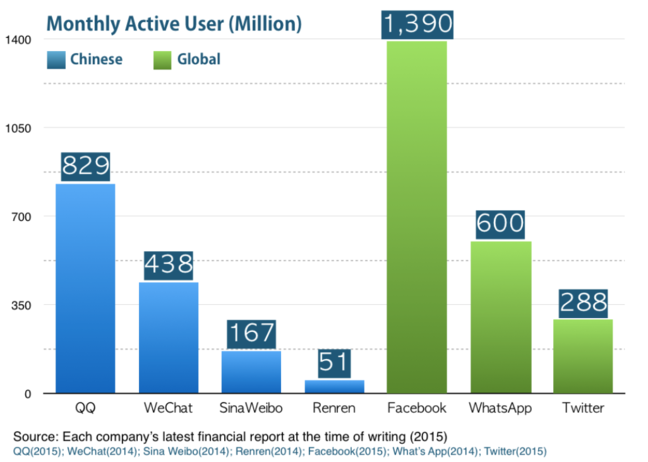 Smartphone and social media use

In 2015, the total number of Chinese mobile phone users had reached 1.29 billion, which is equivalent to 94.5% of its total population, though this includes many who have more than one phone. More than half of these phones enable broadband access, making this the principle form of internet access. By the end of 2015 smartphones are expected to account for two-thirds of the mobile phone market, partly due to the rise of budget smartphones, with an average price of only CNY500 ($80). In our industrial China site, for example, more than 80% of migrant factory workers use smartphones.

The development of ICTs in China, and particularly the emergence of social media and smartphones, has drastically reshaped communication practices for many Chinese people. But what such statistics do not reveal is how these changes are actually affecting people’s everyday lives and social relationships. This is what will now be illustrated through the ethnographic evidence from our two Chinese field sites. 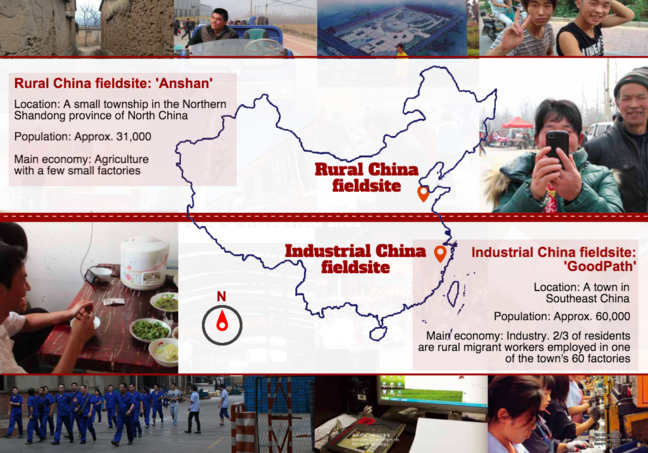 Given the statistics presented in this reading would you imagine that the spread of broadband access has decreased or increased inequality in China, and why? We’ll return to this topic in next week’s discussions.