Fungi make up one of the five kingdoms of life.

Unlike bacteria, fungi are eukaryotes like humans. This means that their DNA is contained within a nucleus and, in most cases, packed into chromosomes

Unlike animal cells, fungal cells contain a cell-wall which is different from plant and bacterial cell wall.

Unlike plants, fungi do not contain chlorophyll and require pre-formed nutrients for survival.

Fungal cells contain a cell-wall which is typically comprised of glucan, mannan, chitin and chitosan. Detection of some of these components can be used to diagnose systemic fungal infections.

In order to get their nutrients, fungi secrete digestive enzymes, and absorb the released nutrients through the cell wall.

Some fungi are multicellular and some are unicellular.

The number of sets of chromosomes in each fungal cell can vary from the standard 2 (diploid) to 1 (haploid) or many (polyploid). Haploid cells are capable of sexual reproduction leading to new recombinations of genetic material, whereas polyploidy is a quick way for fungal cells to increase the production of essential metabolites by generating multiple copies of the genes encoding for them. These chromosomal variations are employed in the development of antifungal resistance. They can be difficult to detect by standard antifungal susceptibility testing methods as the cells revert back to their standard ploidy quickly in the absence of the drug.

There are over 500 species of fungi that have been associated with human disease and approximately 100 of them can cause infection in immunocompetent individuals. Most human fungal infections are endogenous and caused by colonising commensals (mainly yeasts). Others are caused by environmental opportunistic fungi (mainly moulds) that are acquired through inhalation or traumatic implantation. Pathogenic fungi can be broadly divided into 3 main groups:

Fungal biofilms form within hours after introduction on any stable enough surface such as catheters, lines, stents, medical devices or kidney stones. They can also form fungal balls if entrapped into body cavities such as paranasal sinuses or tuberculous cavities .

Yeasts are round or ovoid single cells which multiply by budding . The daughter cells will either detach from the mother cell or remain attached and form chains of cells. In tissue, some many yeasts can form filament-like extensions called pseudohyphae which they use for adherence and tissue invasion. 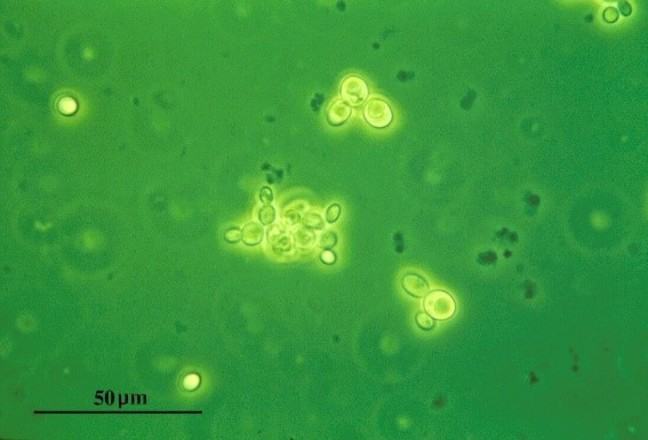 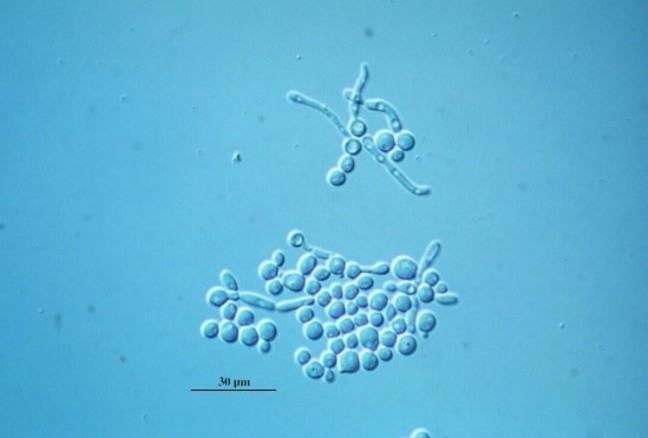 Moulds grow as branching filaments called hyphae. These are long, thin cells which efficiently help the fungus to invade tissue. A mass of hyphae bunched together is termed a mycelium. Under favourable conditions (cooler than the human body and in the presence of air), moulds can also produce sporing structures. Spores (also called conidia in e.g. Aspergillus) are similar to seeds as they enable the fungus to reproduce and spread. 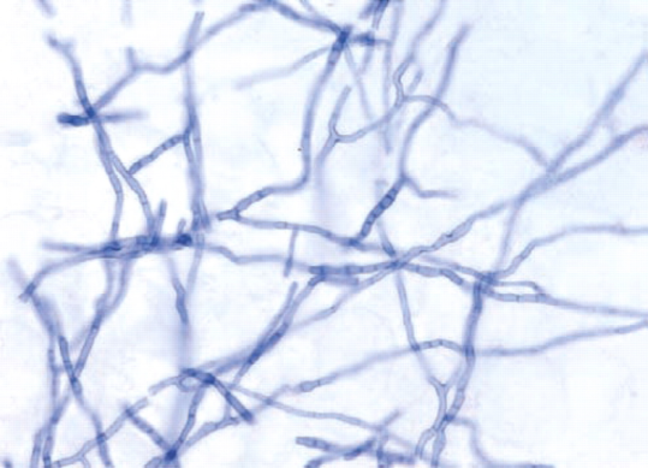 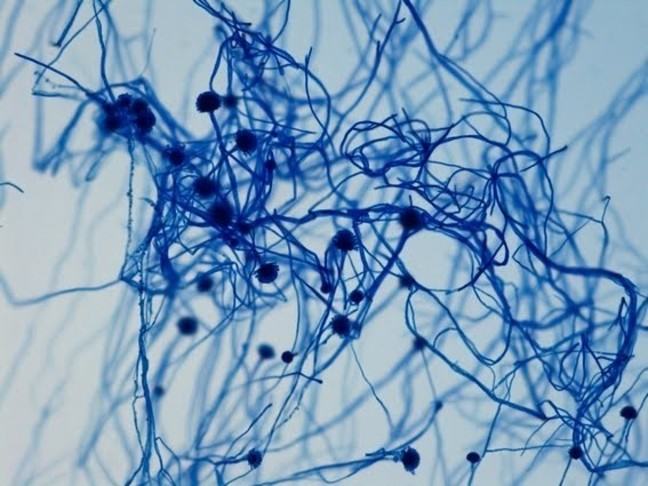 Dimorphic fungi grow as moulds in the environment and as yeasts in human tissues. They are primary pathogens (can cause infection in immunocompetent individuals) and endemic to specific areas (mainly Americas). 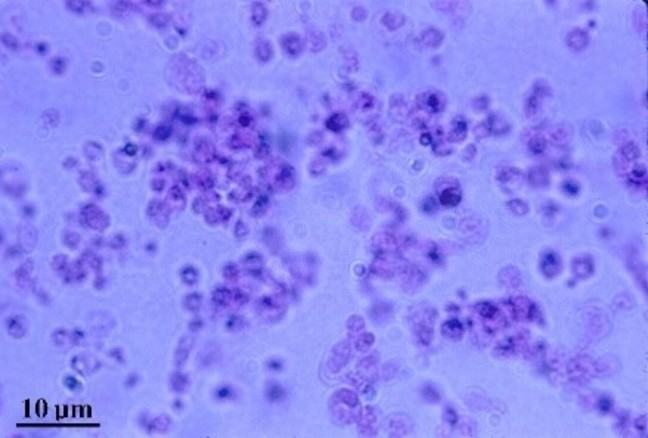 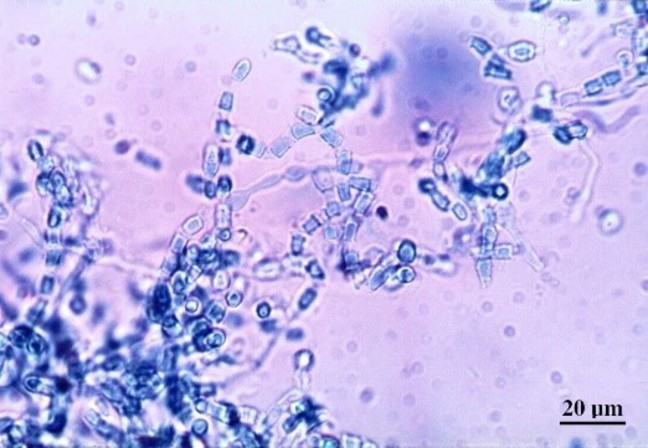