This content is taken from the BSAC's online course, The Role of Antifungal Stewardship. Join the course to learn more.
View course
1.10

How do we diagnose fungal disease? - Part 2 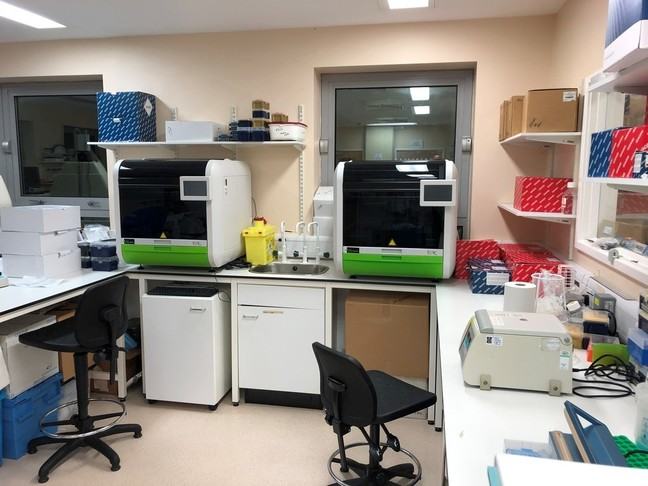 Detection of fungal antigens (biomarkers) in sterile site samples is often the most sensitive method to confirm or to rule out the presence of invasive fungal infection. High amounts of fungal cell wall antigens such as glucan and galactomannan become released into the bloodstream during fungal invasion and there are highly sensitive tests to detect these. However, not all fungi contain or release these molecules and they can also sometimes be present in blood stream in the absence of invasive disease (antigenaemia in the absence of fungaemia). Therefore, the absence of these antigens can be clinically more helpful than their presence.

β-1-3-D-glucan (fungal glucan) is a polysaccharide found in the cell wall of most fungi. Therefore, it is often called the “pan-fungal” biomarker. It is present in and released by Candida, Aspergillus and Pneumocystis species but, importantly, not by Cryptococcus species or the Mucorales (causative agents of mucormycosis) group. The test does not discriminate between fungi.

High amounts of fungal glucan can be detected in blood in invasive fungal disease. On the other hand, in patients with bacterial sepsis, the permeability of the gut lining often increases, and fungal glucan from the Candida colonising the gut can become translocated into the blood stream. A positive result can thus reflect antigenaemia without actual fungaemia. Some bacteria also have small amounts of glucan in their cell wall but this is mainly relevant in neonates with highly permeable gut lining.

There are a number of other sources for fungal glucan in the blood stream.

Many medicinal products (IV antibiotics, feeds, cellulose filters, gauzes) can contain traces of fungal glucan. However, these normally become diluted in the body and the test can be clinically useful as long as the sample is not collected during infusion.

As fungal glucan is present in tap water and various other places in the environment it is important to collect and process the samples using glucan-free equipment. The glucan sample should be the first (or only) test done from the blood tube (no split samples).

Due to the complexity of the patients at risk for invasive fungal infections and the potential alternative sources of fungal glucan, the interpretation of the results usually requires specialist input.

Galactomannan is another fungal cell wall component particularly found in Aspergillus species. Therefore, it is often called the “Aspergillus galactomannan test”. However, it is also present in the cell wall of other filamentous fungi and for example Histoplasma spp.

In invasive aspergillosis, it can be detected in blood and in sputum (or other respiratory samples) as lungs are the most common primary site of infection. 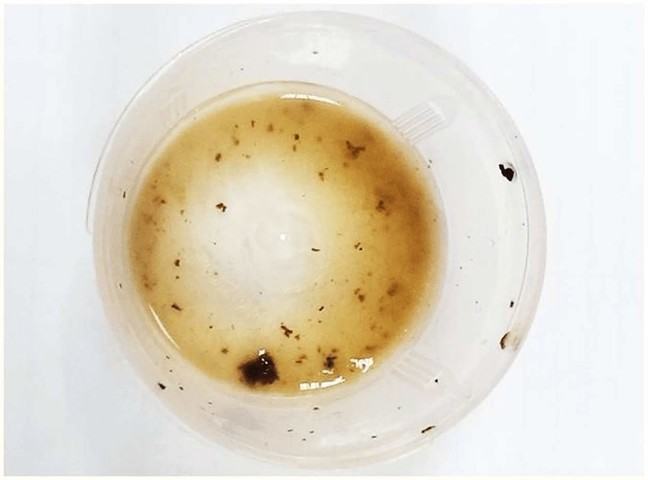 Above is an image of purulent sputum with fungal material visible

In blood, it is quickly taken up by neutrophils .It is therefore particulalry sensitive in detecting invasive aspergillosis or other filamentous fungal infection in neutropaenic patients. In non-neutropaenic patients blood galactomannan test can give false negative results and respiratory samples are a more appropriate sample type.

Detection of galactomannan in blood is suggestive of invasive disease although there are a number of sources for false positive results. Its presence in sputum may suggest Aspergillus airway infection but higher cut-offs need to be used. Due to the complexity of the patients at risk for fungal infections, the interpretation of the results usually requires specialist input.

What makes a good test?

The perfect diagnostic test would tell whether a disease is present or absent without missing any cases (sensitive) and without giving false positive results (specific). However, in reality, many tests are either highly specific (with moderate sensitivity) or highly sensitive (with moderate specificity). This does not mean that the tests were not clinically useful. “Imperfect” tests can safely be used to guide therapy if the following principles are kept in mind:

A key factor in fungal diagnostics is to ensure that samples reach the laboratory in a timely manner. The tests described above can be performed within a few hours and run on a daily basis by a reference laboratory but the results are of little value if the samples take days in transit. Organising timely sample transportation logistics is often an important task for the antifungal stewardship team.

Now that we have been introduced to the different diagnostic tests available, the next section will cover antifungal treatments – the main drug groups and the principles of antimicrobial stewardship.