In the disc diffusion susceptibility testing, you will have measured an E. coli that showed resistance to a cephalosporin (Cefpodoxime). This would suggest that the strain encodes an Extended-spectrum beta-lactamase (ESBL). In this instance a confirmatory test should be performed.

The double disc synergy test looks for the expansion of the cephalosporin’s inhibition zone adjacent to a disc containing co-amoxiclav (20ug amoxicillin + 10ug clavulanic acid). An expansion of >5 mm or 50% indicates ESBL production. This technique is generally reliable for detection of ESBLs in E. coli and Klebsiella species but has the disadvantage that the optimum distance between the discs varies with the strain, meaning that some tests will inevitably be done with sub-optimal spacing for ESBL detection. The test is not ideal for Enterobacter, Citrobacter or Serratia species, which may have inducible AmpC beta-lactamases; these may be induced by clavulanate, inducing resistance to clavulanate, masking the synergy of any co-present ESBL. 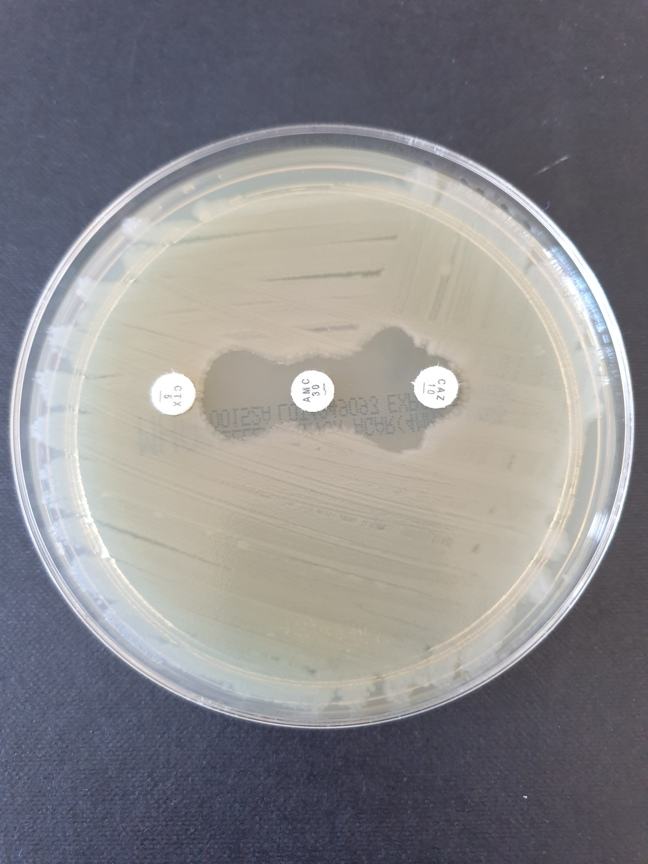 Figure 1 An example of a positive double disc synergy test. Expansion of the zones is visible between the discs.

Carbapenems are a class of antibiotics that include meropenem, imipenem and ertapenam. These are one of the options to use against ESBLs, but resistance to them has increased in recent years. Carbapenem resistant bacteria were listed as ‘Priority 1, critical’ in the World Health Organisation’s (WHO) Global Priority list of antibiotic-resistant bacteria to guide research, discovery and development of new antibiotics.

The following gives a brief description of the 3 classes of acquired carbapenemases found in bacteria:

Class A enzymes: These enzymes can be chromosomally encoded (NMC-A, SME, and IMI-1) and some are often plasmid-encoded (KPC, IMI-2, some GES variants), but they all hydrolyse carbapenems and are partially inhibited by clavulanic acid. The most widespread carbapenemases in this class are the KPC enzymes.

Class B enzymes: Also known as ‘metallo-β-lactamases’ (MBLs) or ‘metallocarbapenemases’.

These differ from all other β-lactamases because they require zinc ions in their active sites for activity. The major MBL families include NDM, VIM and, less commonly, IMP types.

Class D enzymes: Important carbapenemases within the family include OXA-23, -40, -51 and -58 and their variants from Acinetobacter species, OXA-48. Many acquired carbapenemases are plasmid-mediated (especially when found in Enterobacteriaceae), giving potential for spread between strains, species and genera. Carbapenemases are not the only mechanism of acquired resistance to carbapenems but are the most important from a public health perspective.

All carbapenems are substrates for all carbapenemases, but resistance is often low level, complicating detection and interpretation. Susceptibility can be borderline, so any isolate showing low susceptibility/resistance during disc testing should be confirmed using an alternative method. Confirmation should also be done if using commercial chromogenic selective agar.

European Committee on Antimicrobial Susceptibility Testing (EUCAST) recommends using meropenem as the indicator carbapenem as it offers the best compromise between sensitivity and specificity. Although ertapenem has greater sensitivity (fewer false negatives), it is not recommended because it has poor specificity (higher false positives) for carbapenemase producers. Although there are confirmatory tests available commercially (such as combination disc tests), EUCAST recommends that determination of the MIC is the only test needed. This can be done by agar/broth microdilution, or by gradient strip as detailed below.

The E-test is an absorbent strip of paper containing a graduating level of antibiotic along it. Growth of bacteria along the strip will stop at the minimum inhibitory concentration (MIC) of that antibiotic for that isolate. 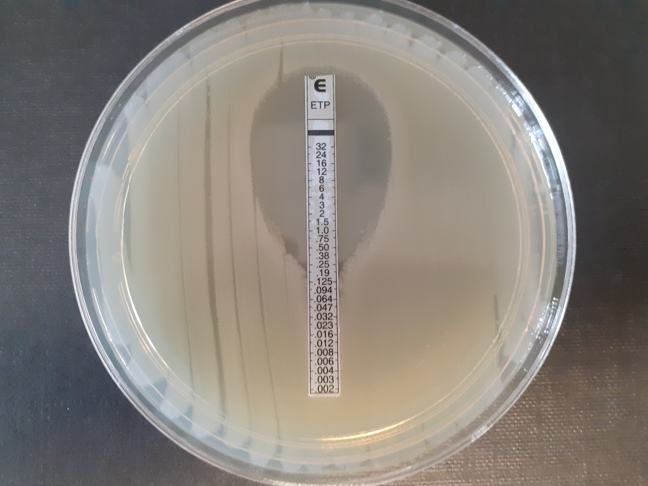 Figure 2 An example of an ertapenem gradient strip test. The MIC is read at the point where there is no further bacterial growth along the strip, in this case 0.19 mg/L.

Commercially latex tests can be used to detect PBP2a. The latex particles contain antibodies to PBP2a, so any PBP2a present in the sample will bind to the latex particles, causing visible agglutination. 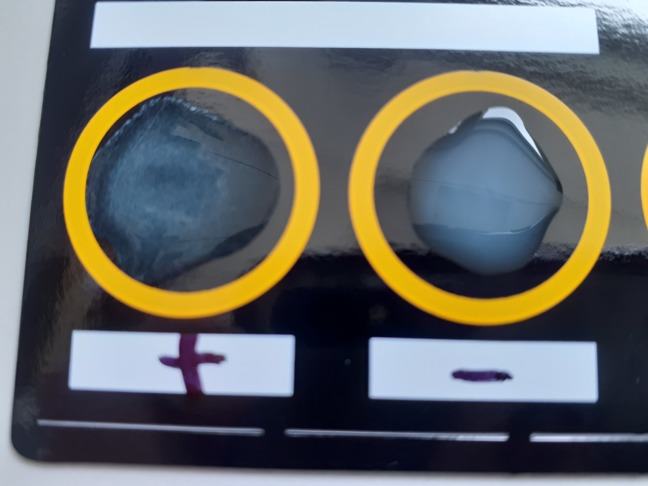 EUCAST clinical breakpoints are available in this link: http://www.eucast.org/clinical_breakpoints/