This content is taken from the BSAC's online course, Antimicrobial Stewardship in Veterinary Practice. Join the course to learn more.
View course
2.6

0:07Skip to 0 minutes and 7 seconds So we don’t have good local– we don’t have any local veterinary usage data, so with the help of Adrian Colloff, who’s a local vet, and Lisa Morgans, a PhD vet at Bristol University, we set about trying to work out how to get some local dairy antibiotic usage data, because dairy’s our largest sector in Cornwall.

0:31Skip to 0 minutes and 31 seconds So we’re very fortunate in Cornwall to have an active Cornwall Veterinary Association, so we got the Cornwall vets together, had a meeting and discussed antibiotic usage and discussed benchmarking practises looking at antibody usage between practices to see whether there was any variation, to see whether we were in line with the national data, and if we were, that would provide us with assurance that we were sort of operating well, and if we weren’t, to think about what we might do to try to bring our usage data down.

1:04Skip to 1 minute and 4 seconds But also it would provide an opportunity for vet practices to look at themselves compared to other local vet practises to see whether they were an outlier, because benchmarking in human health had been hugely powerful in driving down antibiotic usage in the high-prescribing GP practises and also making high-prescribing hospitals aware that there is potentially work to be done.

1:26Skip to 1 minute and 26 seconds So we really wanted to sort of replicate that down here in Cornwall, and there was a lot of enthusiasm from the vets in Cornwall to provide this data, sort of issues around– or concerns around confidentiality of data, which we were able to reassure the vets, and also concerns around how long it takes it to sort of extract that data from their vet systems. But actually, so the confidentiality issue wasn’t an issue in practice, and the time to extract the data– well, we sort of got different reports. Some vet practices said it was quite quick and easy. Some used project managers to do it, and some just said it was too onerous, and they couldn’t do it.

2:05Skip to 2 minutes and 5 seconds But out of the eight practises in Cornwall that pledged to submit data, we had data from four practises. And one of those practises was a significant outlier as compared to their peers, and they were able to go away and reflect as a practice what might they be doing that’s different to the other practices in Cornwall, which were fairly similar, to see whether there was sort of more that they could be doing and come up with sort of with a plan of action.

2:33Skip to 2 minutes and 33 seconds Since then, we have revisited the idea to try and get a second year of data, which has not been as forthcoming as our first year, and we are exploring with the local vet practices what the barriers have been to supplying data a second time round, because the second time around, we hoped to collect data from many more practices, but that just wasn’t forthcoming. So we are now looking– we are having discussions with vet practises to explore those barriers to see whether we can do anything to help practices locally.

Monitoring and benchmarking AM use - case study

In this video Neil Powell discusses a case study using the benchmarking of antimicrobial usage described in step 2.5, across veterinary practices in Cornwall.

Benchmarking has been hugely valuable in human medical practice in identifying high prescribing hospitals and practices so that they are aware of the problem and can start to find ways to reduce this. Before this study, no antimicrobial usage data existed in veterinary practice across Cornwall.

In a meeting with all the local vets across Cornwall, the idea for data collection on antimicrobial usage to be used in benchmarking was discussed. It was put forward that this would be useful to identify any variation between practices, to see if they were in line with national data and to have the chance to reflect on the protocols in their own practices. Dairy cattle were chosen to collect data on, as this is the largest sector in Cornwall. 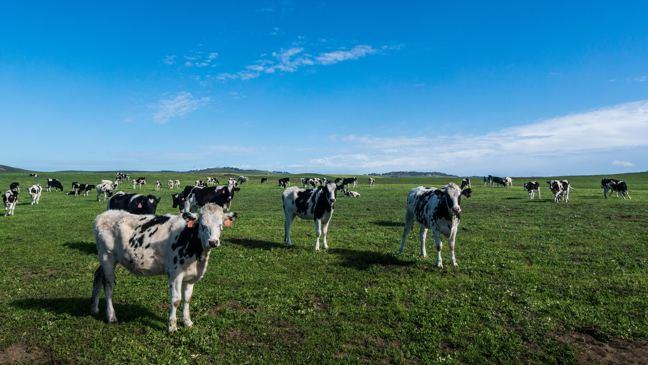 There was a lot of enthusiasm from the vets initially to provide data, however there were concerns around confidentiality and how long it would take. Confidentiality, as it turned out, was not an issue in practice. Some vets said data extraction was quick and easy, some used their practice managers to do it and some said it was too onerous and they were unable to provide data. Out of the 8 practices that pledged to provide data, 4 of them did so.

One was a significant outlier to the others; so they were able to go away, reflect and come up with an action plan.

The plan to collect second year data was unfortunately not forthcoming and there are currently ongoing discussions around why this wasn’t as successful. Do you have any ideas of your own, or things that have worked in your own practices, of ways of overcoming these barriers? Use the comments section to discuss.