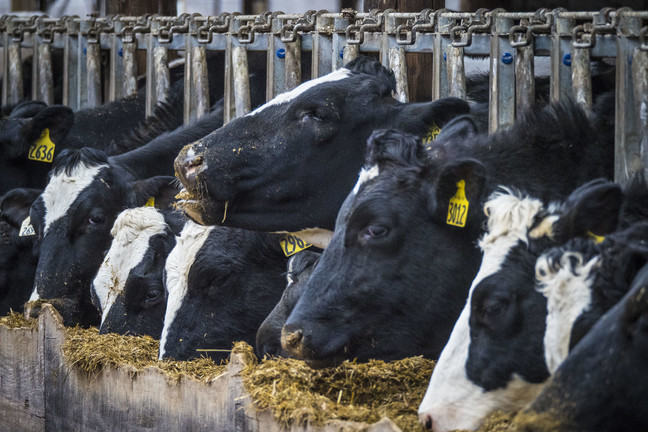 Control plans can be used to reduce antimicrobial use, for example the AHDB mastitis control plan that was used in production animal practice.

In this article, John Remnant explains a case study that highlights a reduction in antimicrobial use that was achieved by using the AHDB mastitis control plan to reduce mastitis on a dairy farm. This case was led by Dr James Breen from the University of Nottingham.

Much of the discussion on responsible antimicrobial use focuses on which antimicrobial product to use, and when. While this is an important part of responsible usage, other approaches can also help. Particularly in production animal practice, there are opportunities to work with producers to reduce disease by improving management and husbandry.

Following analysis of available clinical mastitis and individual cow somatic cell count data, the herd mastitis diagnosis was one of environmental infections of predominantly dry period origin. Control measures prioritised initially included those around management of the dry cow cubicles and the calving cow loose yard, as well as the drying-off technique.

More information on the AHDB Mastitis Control Plan is available here on their website and here from the AHDB.

After implementation of the plan, the rate at which cows were detected with a new case of clinical mastitis during the first 30 days of lactation reduced from more than 2 in 12 cows affected at the end of 2013 to less than 1 in 12 cows affected by the end of 2016. Similarly, the rate at which cows were measured with a somatic cell count >200,000 cells/ml at the first milk recording after calving, reduced from 19% of cows and heifers during 2013, to 12% at the end of 2016.

You should be familiar with these measurements from step 2.5.

This case provides us with a strong evidence-base to suggest that the implementation of a structured approach to mastitis control reduces intra-mammary infections and mastitis rate, and leads to a reduction in antibiotic use.

Please find the full case report by James Breen in the see also section below.