As you have seen in case 1, a follow up is a significant step for a clinician to understand the condition of the wound and administer appropriate treatment for any infection present.

In case 2, a follow up was done on 21st August 2013, after 2 weeks of treatment with NPWT with instillation. 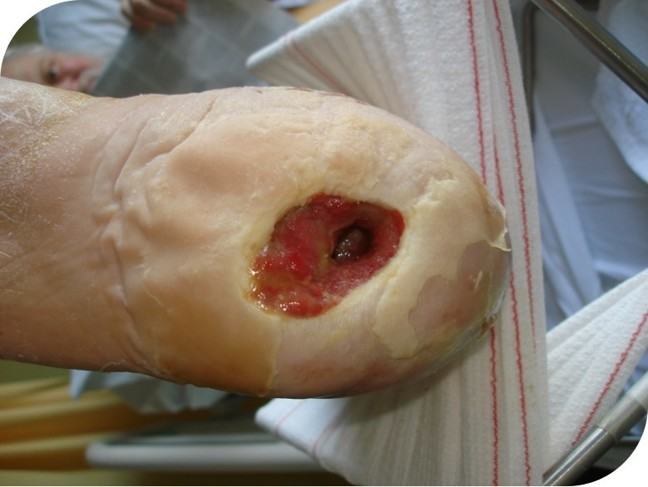 A TIME analysis was done again:

NPWT treatment was continued because the wound was still strongly exuding in nature and there was a good effect on creation of granulation tissue. The infection was under control, but there was increasing maceration of the wound edges; hence, instillation was discontinued.

A week later, on 28th August 2013, an urgent MRI of the foot was requested. The wound continued to be strongly exudating and new lesions appear on the lateral and medial side of the foot. 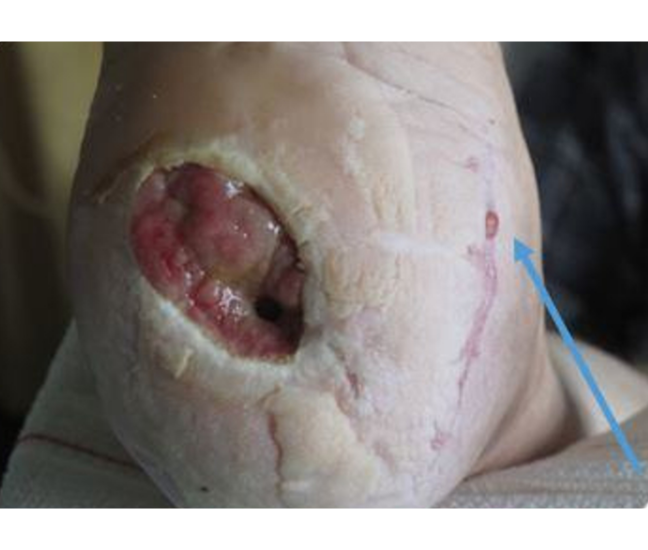 The MRI showed the following results: 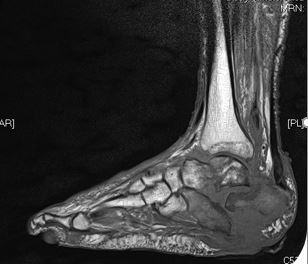 Unfortunately, there was continuous inflammation and infection, even under antibiotic therapy. There was a risk of developing a new severe systemic infection. Moreover, the patient was tired of the continuous presence of the severe wound. Consequently, on 15th November 2013, the lower leg was amputated. After that, the patient showed a fluent recovering status and did not present with any signs of infection; CRP levels were under 5mg/L. 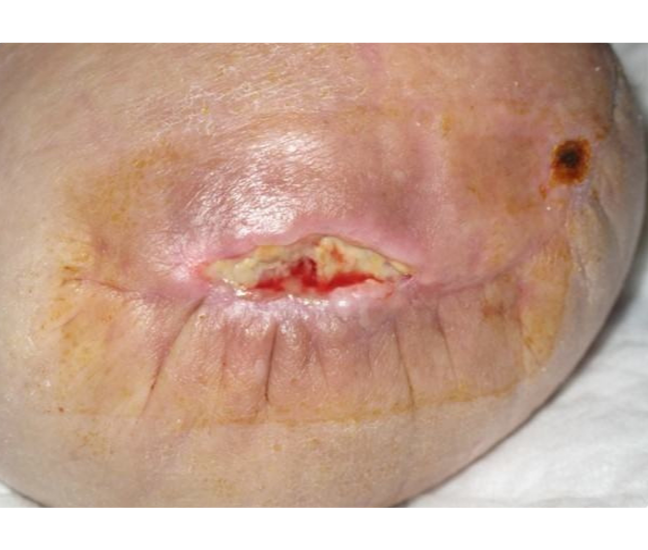 Multiple bedside sharp debridements were not successful as necrotic tissue was very recurrent. Osmotic debridement products such as honey and sugar were not very effective either, despite being used for two weeks. An important factor to remember here is that the patient was a high-risk patient for infection (diabetic, elderly). Because of the insufficient effect of the conservative local treatment, a high-risk patient for infection and the upstanding non-migrating wound edges, surgical debridement and reclosure was performed.

Finally, in December 2013, the wound closed with no further complications. The patient could carry on with his rehabilitation programme without any problems. 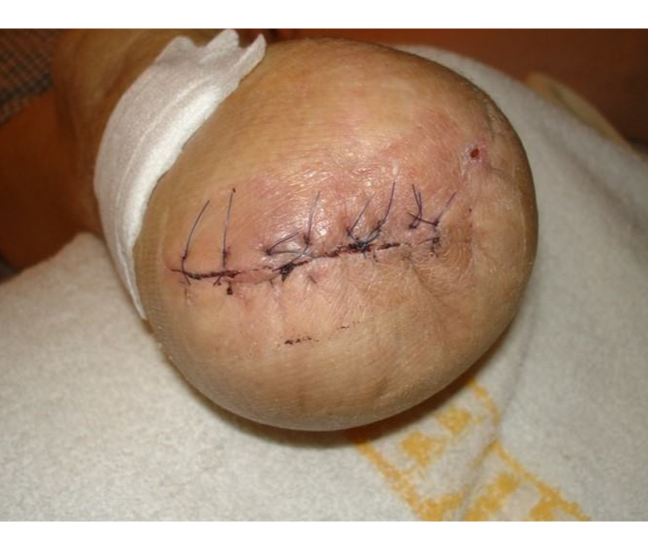