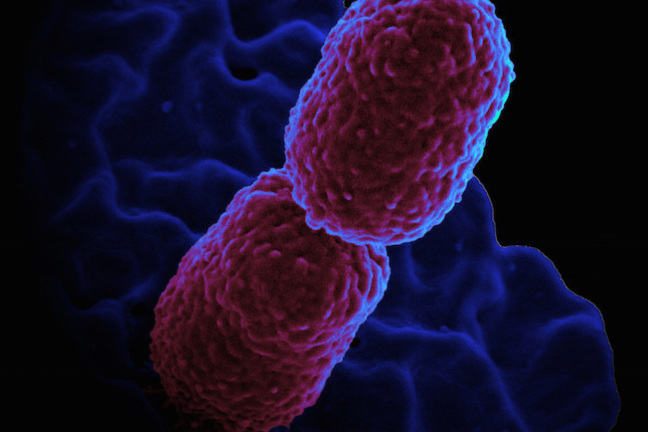 Resistant bacteria can also be transferred from person-to-person, either directly or indirectly. Many infections with multidrug resistant bacteria are preceded by colonisation with these organisms.

The person-to-person spread of antibiotic resistant bacteria has often been associated with healthcare associated infections, particularly in the hospital setting. In the United Kingdom, infections with multidrug resistant bacteria, such as meticillin-resistant Staphylococcus aureus (MRSA) have been seen as markers of the quality of hospital healthcare. UK hospitals with outbreaks of MRSA infections have been criticised for their lack of hygiene on the front pages of national newspapers. However, it is too simplistic to put the entire blame on hospitals for the spread of multidrug resistant bacteria.

Antibiotic use in the community also makes a significant contribution to the emergence and spread of resistant bacteria and this is often aided by public health problems such as poor personal hygiene.

In the developing world, contamination of food and water by human faecal waste and other opportunities for close contact with sewage is also an important driver for the spread of resistant bacteria. Contact with faeces makes a significant contribution to the spread of multidrug resistant gram negative bacteria such as Escherichia coli and Klebsiella pneumoniae, clinically important bacteria which are normal constituents of large bowel flora.

In this course, we will be looking specifically at antimicrobial stewardship which aims to prevent the emergence and spread of antibiotic resistant bacteria through the controlled use of antibiotics. Standard infection prevention techniques such as hand hygiene, isolation and cleaning supplement and support antimicrobial stewardship and specifically tackle the risk of person-to-person transmission of resistant bacteria.