Life and culture in rural areas

Men and women living in the Pampean grasslands were traditionally called paisanos. Many of them came from families connected to gauchos and had lived in the countryside for many generations. Their wisdom includes extensive knowledge of the land, as well as impressive skills in traditional arts and trades typical of the countryside. Among their many talents, we can mention weaving, creating leather and silver crafts, taming wild horses and cooking the most popular Argentine meal out there: asado. 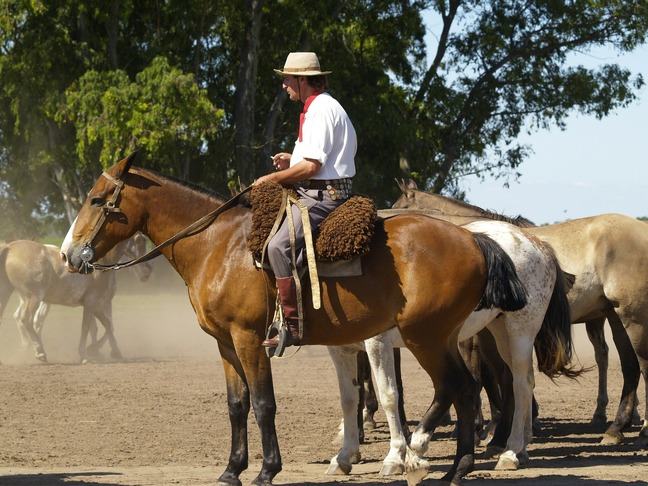 This particular type of craft generally involves working with animal skins, mainly those obtained from cows, the most common type of livestock bred in the country. Today, leather is used to manufacture a wide array of products, including ropes, bags, belts, gloves, footwear and jackets. Leather crafts have been instrumental in everyday activities in the Argentine countryside for over two centuries. Some of the most important articles made from leather include horse riding gear. Intricate designs are often engraved on the leather pieces, which are also usually complemented with silver and iron decorative pieces.

Silver crafts have also had a key role in Argentine history and are still very popular to this day. During the 19th century, silver was commonly used in trade. Natives would wear silver jewellery pieces and gauchos would often pawn silver pieces to obtain food or clothing. For years, paisanos have used silver to create handcrafted pieces they chiselled and polished themselves. These custom pieces were often times highly ornamental and were used as a symbol of high social status. Some of the most common handcrafted silver pieces are linked to two characteristic Argentinian customs: horse riding and mate drinking. Mate, a traditional South American infused drink, is prepared by filling a container (known as mate) with yerba mate leaves and pouring hot water over them. It is drak using a metal straw (bombilla) that works as a filter. Mate is usually shared with family or friends, and one person is generally in charge of refilling the container and passing it around. 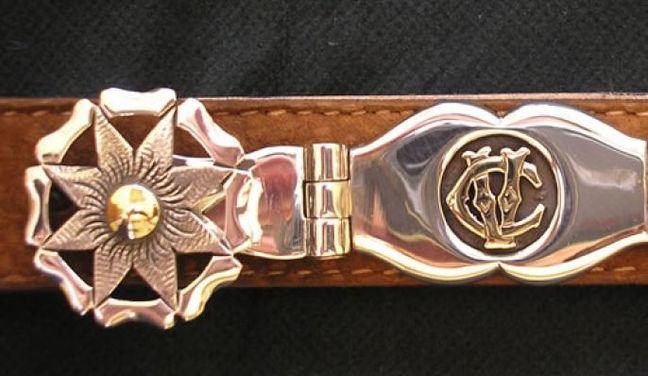 Horses arrived at the Americas in 1535 on Spanish vessels. The animals thrived in the new environment and after some time, huge wild herds inhabited the Pampean grasslands. Natives came into contact with wild horses in the early 17th century without intervention from the Spanish conquistadors and they learned to tame the animals astonishingly quickly. Paisanos generally tame horses on the basis of some techniques used by natives hundreds of years ago. Their method for taming wild horses consists of eliciting discipline in a respectful way, earning the animal’s trust without hurting them or causing them to be frightened. 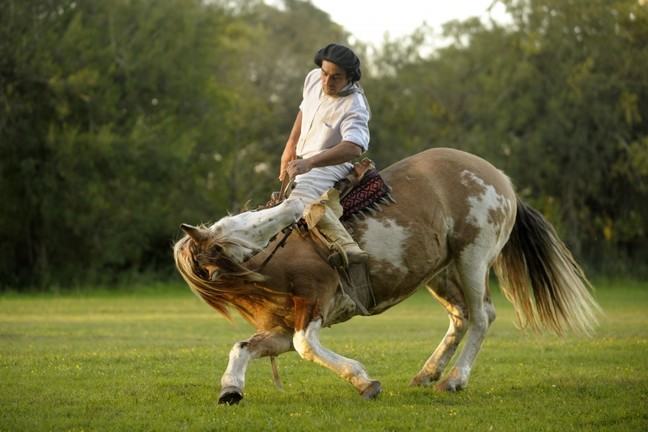 In Argentina, asado is both a way of preparing food and a traditional social event that involves sharing this particular meal with loved ones. One of the traditional techniques to make asado is to hang pieces of meat on iron stakes that are driven into the ground around a fire or over hot glowing embers. Using this method to cook meat takes several hours of hard work. However, the effort pays off once the pieces of meat are sliced and placed over toasted bread, ready to delight all guests. 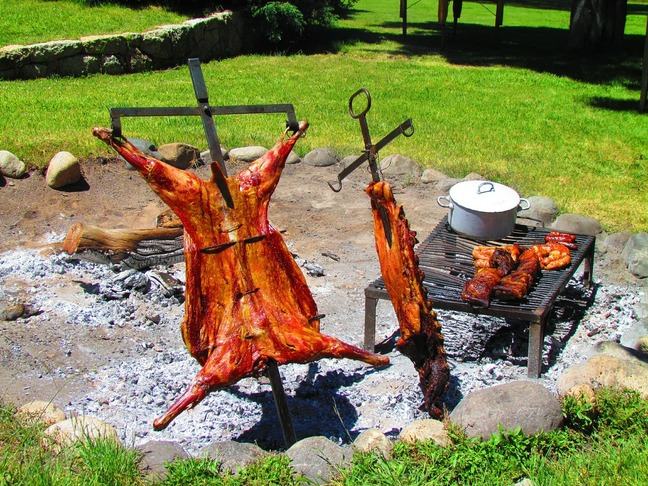 Although they are not around anymore, pulperías used to be the most popular place for social and commercial activities in the Argentine countryside. Until the beginnings of the 20th century, pulperías sold every item necessary for everyday life: food, drinks, candles, coal, medicines and cloth, among others. In addition to fulfilling the role of a general store, these places were also social hotspots for the middle and lower classes. There, one could have a drink, play various dice and card games and even bet on cockfights. 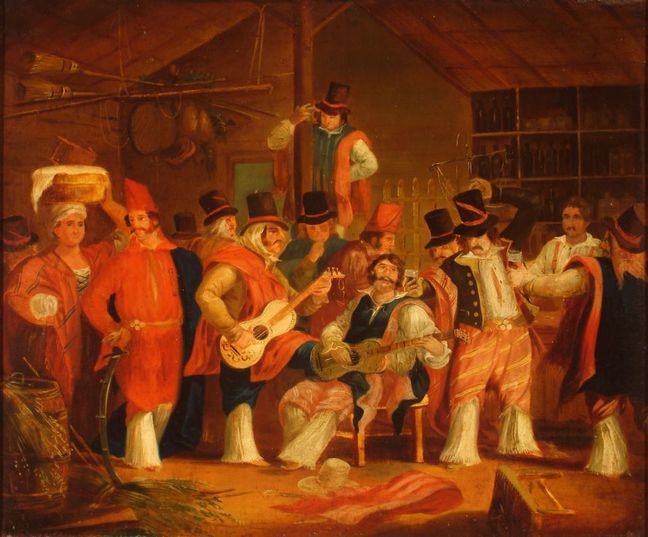 Pulpería owners would usually allow clients to take their products home and pay for them later, keeping detailed tabs and charging outrageous amounts of money for delayed payments. During the times of pulperías, the main means of transport were horses and carts, small vehicles with two wheels pulled by horses, donkeys or mules. Since they were generally located on the outskirts of rural towns, pulperías were often visited by travellers. Natives would go there to exchange animal skins and feathers for tobacco and sugar, and gauchos would buy supplies while they travelled towards a new battle during the wars that lead to independence. 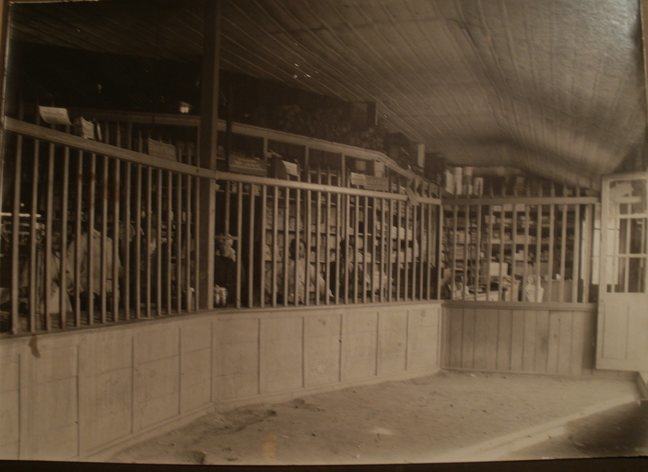 During the first years of the 20th century, the use of the term pulpería decreased significantly and different places with similar functions emerged. Almacenes took over the important role of providing everyday articles to people living in the countryside and boliches emerged as the place where people would go to spend their leisure time, meet friends and share a drink.