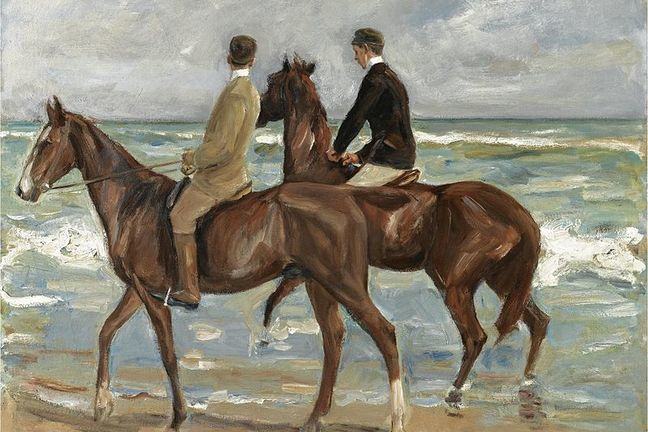 Two Riders on the Beach

A story of loss, genocide, escape, and a bittersweet reunion with long-lost art.

The information in this case study is drawn from a number of sources, particularly the book The Munich Art Hoard: Hitler’s Dealer and His Secret Legacy by Catherine Hickley. 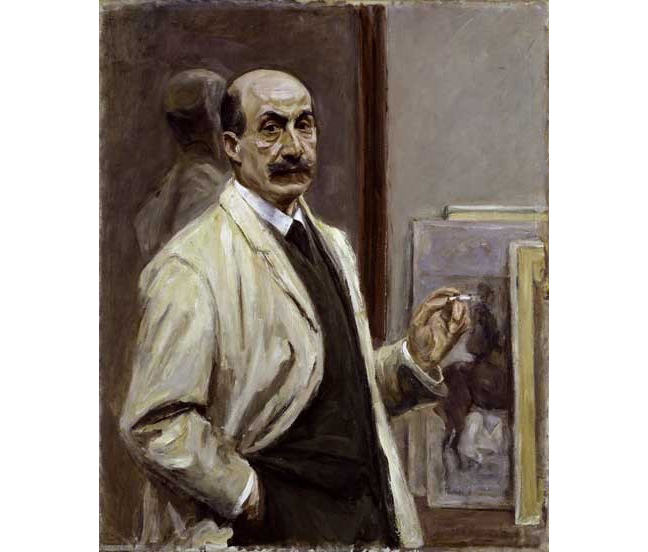 A self portrait by Max Liebermann. Note that he has depicted himself with one of his own horse-and-rider paintings in the background.

Max Liebermann was born in 1847 in Berlin, Germany to wealthy Jewish parents. Though he initially studied law and philosophy, he began studying drawing and painting in 1869, first in Germany, then in Paris and the Netherlands. In Berlin, he became particularly famous for his portraits of which more than two hundred were commissioned over the years, including portraits of theoretical physicist Albert Einstein and the second president of Germany, Paul von Hindenburg. 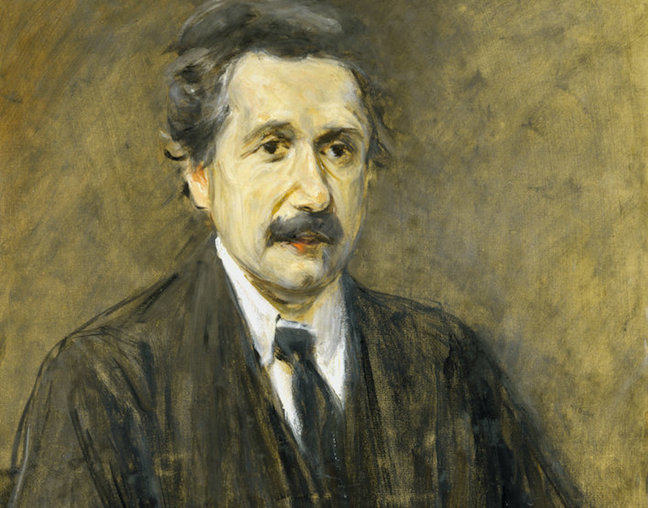 Liebermann was a fierce advocate for the separation of art and politics. From 1899 to 1911 he led the Berlin Secession, an art association of Berlin-based artists formed as retaliation against the conservative state-run Association of Berlin Artists. He was an advocate for the French Realism art movement, which German conservatives viewed as offensive, and his own painting style was close to that of the famous French artist Édouard Manet. Together with artists Lovis Corinth and Max Slevogt, Liebermann became a leading figure in German Impressionism. 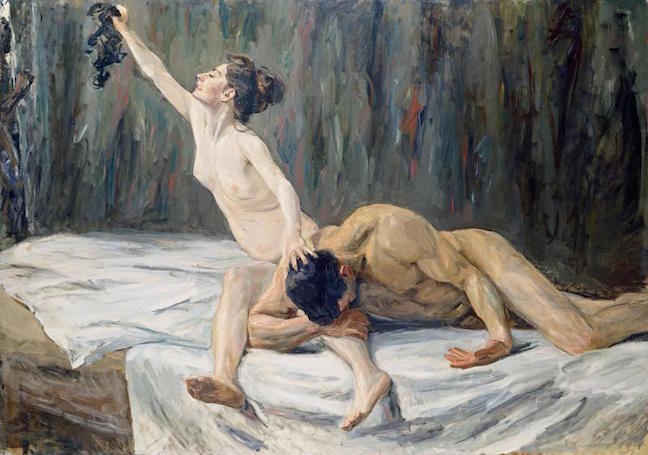 Two Riders on the Beach (Zwei Reiter am Strand) is actually the title of two similar paintings that Liebermann painted in 1901 when he was on holiday in the Netherlands. He was particularly inspired by the variety of light in the Netherlands, and his paintings at this time heralded what he believed was a new creative period. Indeed, both these paintings are considered masterpieces of German Impressionism.

Liebermann died on February 8, 1935 at the age of eighty-eight. While he had enjoyed fame in life, Leibermann was a Jew and his death was not reported in the Nazi-controlled media.

One of the versions of Liebermann’s Two Riders on the Beach was bought by David Friedmann, a wealthy Jewish sugar industrialist who had built a business empire in what was then Breslau, Germany, now Wrocław, Poland. Friedmann may have bought the Liebermann painting in 1902 at an exhibition in the Lichtenberg gallery of Breslau. He loaned it on occasion, including to a 1927 exhibition at a Berlin gallery to commemorate Liebermann’s eightieth birthday. Liebermann himself was a guest at the home of Friedmann’s neighbour, textile merchant and art collector Leo Lewin.

Friedmann’s version of Two Riders on the Beach was hung in a dark anteroom of his palatial villa, leading to a walled winter garden and lit by a lamp on the opposite wall. The painting was particularly admired by Friedmann’s great-nephew David Toren. As a boy, Toren’s childhood was split between the joys and luxuries of his great-uncle’s wealth and friendship, and the mounting genocide against the Jewish people by the Third Reich. 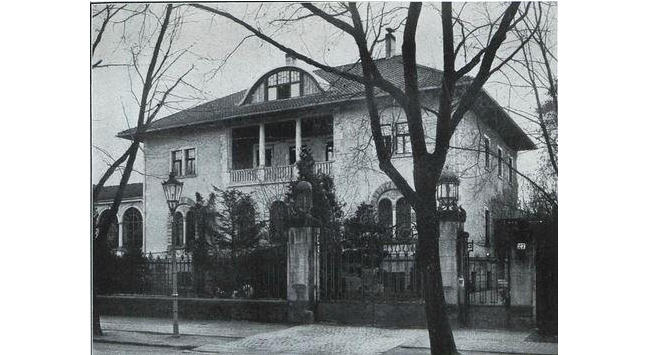 The first of many tragedies for Toren’s family struck on November 10, 1938, three days after Kristallnacht. On that day Friedmann and Toren’s father, lawyer Dr Georg Martin Tarnowski, were scheduled to meet with German General Ewald von Kleist who was in the market for a hunting lodge. Friedmann knew it was inevitable that the Nazis would confiscate his properties, so he approached von Kleist directly and offered to sell him one of his houses at a discounted price. The goal was to raise money for him and his family to escape. Tarnowski served as Friedmann’s legal representative during the transaction. By that time Jews were no longer permitted to practice law in Breslau, but they were still allowed to advise other Jews on their legal affairs. 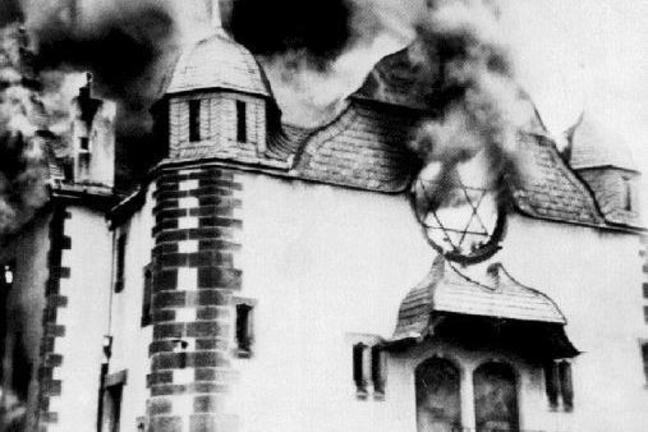 A synagogue in Siegen, Germany, burning during Kristallnacht, the Night of Broken Glass

That morning, as he received his daily shave, Tarnowski was arrested by the Nazis. He was one of 2,471 Jewish men aged between 17 and 75 who were seized after Kristallnacht and deported to Buchenwald concentration camp. Tarnowski told the officers he had a meeting later that day with General von Kleist, not only a high ranking Nazi but their superior, and could not leave Breslau, but the officers would not release him.

In the ensuing family panic, Toren’s mother (Tarnowski’s wife) actually called General von Kleist at his hotel to tell him of the arrest. General von Kleist, eager to seal the deal on his lodge, immediately pulled rank and had Tarnowski released from Buchenwald…but only for the day. Tarnowski was driven to his meeting at Friedmann’s villa so he could attend the contract signing. The young Toren and his mother met him there with clean clothes and supplies. While the signing was underway, Toren waited in the villa’s anteroom where Two Riders was displayed. It was the last time he saw the painting. His father was taken back to the concentration camp that day. 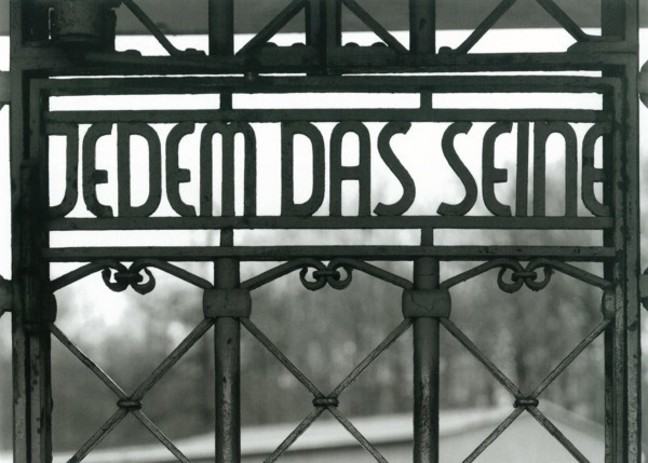 The slogan on the entrance gate to the Buchenwald concentration camp: Jedem das Seine, “Everyone gets what they deserve”

Toren’s father spent three weeks in Buchenwald and was released again; at that point his parents did all they could to make plans for their children to escape. Toren eventually left, alone, on the last Kindertransport evacuation of Jewish children to Sweden before WWII officially started. He was only fourteen years old, and would never see his parents again.

After a series of difficult living situations, a place was found for young David Toren at a home for Jewish refugees from Nazi-occupied Europe near Uppsala. He would later go on to live in Israel, where he met his wife, before moving to London and then New York, where he became a successful patent lawyer.

The details surrounding the seizure of David Friedmann’s art collection are not entirely clear. We know that there were two official Nazi inventories taken of it, the first of which was taken in 1939 and assigned the collection a value of 10,785 Reichsmarks (though it was estimated to be worth ten to fifteen times that). Two Riders alone was estimated to be able to reach 10,000 to 15,000 Reichsmarks if sold abroad. It seems at the time of the first inventory that the collection was still in Friedmann’s possession: a Dr Westram wrote that he had forbidden the Jewish owner (presumably meaning Friedmann) to sell the artworks without permission. 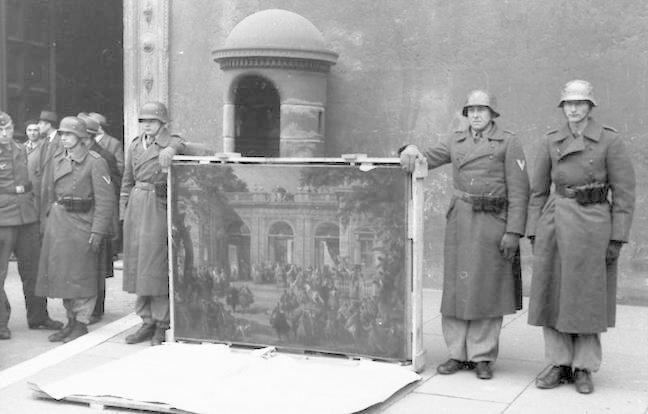 Friedmann was evicted from his Breslau villa in 1941. He died a year later in February 1942 of natural causes and his house was sold at auction. The proceeds were forfeited to the Nazi government. Two Riders entered the collection of the Silesian Museum of Fine Arts in July that same year. By then, Friedmann’s family had been destroyed alongside everything else that once made up his life. His daughter Charlotte was deported to the Ravensbrück concentration camp and then on to Auschwitz where she was murdered in October 1942.

A year later, in 1943, Toren’s own parents were also sent to Auschwitz where they were killed in the gas chambers.

Two Riders was eventually acquired by the German art dealer and collector Hildebrand Gurlitt who kept it until the end of the war. Though the Allied Forces’ Monuments Men seized the work along with other artworks held by Gurlitt after World War II, they returned the collection when Gurlitt convinced them he was the rightful owner. 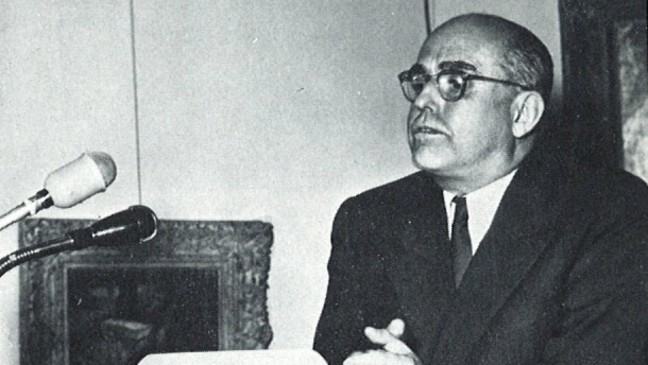 Max Liebermann’s beautiful artwork, and David Friedmann’s stolen painting remained locked up for decades, believed to be lost to the ages.

In 2012, German police were finally able to execute a warrant to search Cornelius Gurlitt’s Munich flat after a couple of years investigation into his art world dealings. Cornelius was the son of Hildebrand Gurlitt, and had been entrusted by his father with the care of his collection of 121 framed and 1,285 unframed artworks. When the police entered his 1,076-square foot apartment, they found works by Picasso, Matisse, Renoir, Chagall, Delacroix, Daumier, Courbet and many others.

They also found the long-lost Two Riders on the Beach.

David Toren’s lawyer, Lothar Fremy, first saw the painting on television during a broadcast about the contents of the Gurlitt hoard in 2013. He recognised it instantly. Toren and Fremy immediately filed a claim for the work with the state prosecutor in Augsburg, Germany. After a few years of impatient waiting, and then a suit against the Republic of Germany and the Free State of Bavaria, Two Riders on the Beach was finally returned to Toren in 2015. Toren and Fremy believe there may be more of Friedmann’s lost collection in the Gurlitt hoard, though it may not be possible to identify them. This is because no complete pre-Nazi inventory of Friedmann’s collection is known to exist. If it ever did, it was destroyed during the Nazi occupation and the Holocaust. 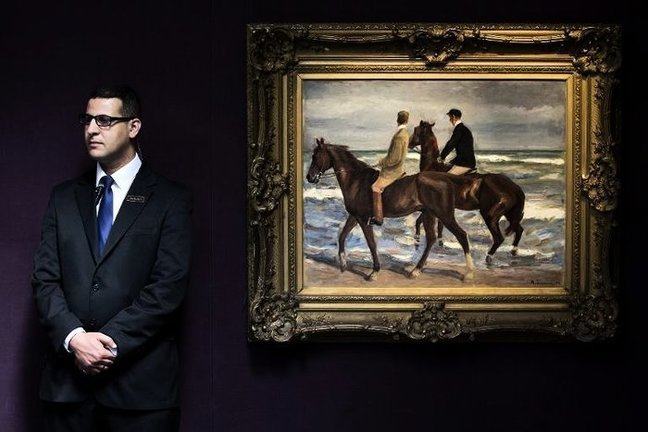 Two Riders before being auctioned at Sotheby’s in 2015

Sadly, Toren can no longer see the painting he saw on one of the last tragic days that his family was alive and together, his favourite artwork from his great-uncle’s collection. Due to a degenerative eye condition, he is now totally blind. However, he owns a special copy of Two Riders that was created for him by South Carolina artist Christian Thee. Thee recreated the painting as a three-dimensional relief so that Toren can feel the piece and “see” the horses, riders, and foamy waves with his hands. 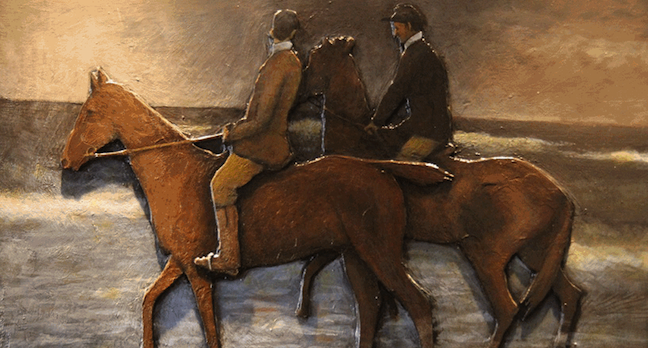 While the original painting was sold at auction at Sotheby’s for an astounding £1,865,000 in 2015, Toren, now in his 90s, continues to search for his family’s lost treasures. 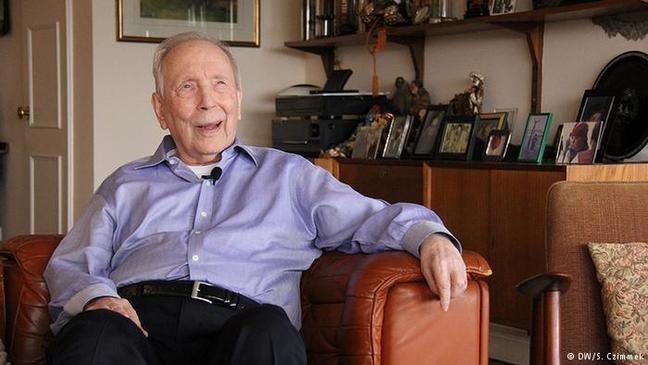 In her book The Munich Art Hoard: Hitler’s Dealer and His Secret Legacy, author Catherine Hickley asked Toren if he felt any sense of closure now that Two Riders had been recovered. “‘No!’ he answered. ‘We are looking for more important paintings. We are trying to find Liebermann’s Basket Weavers, for example, and pictures by Courbet and Pissarro. I have to keep busy.’”

Toren certainly has kept busy! At age 90, he continues to fight for the return of his family’s stolen art. In late March 2016 Toren filed a petition in New York State Supreme Court which, if successful, would force a Berlin-based auction house to reveal its sale records. These records, it seems, might shed light on who has bought and sold certain pieces of Nazi-looted art in the past couple of decades.