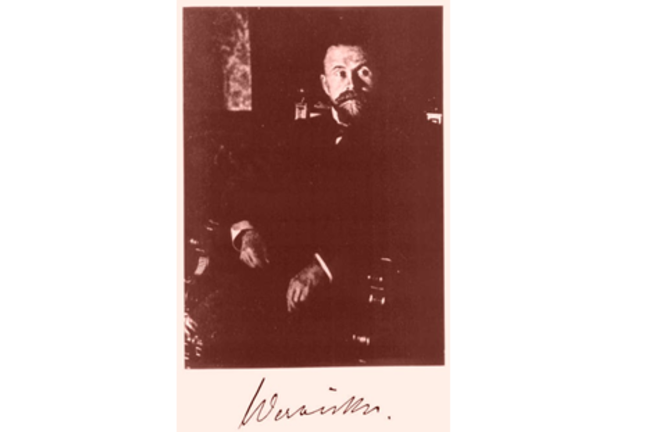 The researchers behind the classical language areas - Wernicke

In 1874 Carl Wernicke wrote a classical monography on aphasia: The symptom complex of aphasia: A psychological study on anatomical basis. He was the first to describe an aphasia syndrome in which the patient could not understand spoken language, although his hearing and intelligence were intact. The speech of these individuals was fluent, but with so many errors in the choice and order of the words that they became incomprehensible.

A post mortem examination of two of these patients revealed atrophy of the first and partially the second temporal gyrus of the left hemisphere and Wernicke coined this the ‘sensory speech centre’. Damage to this area resulted ‘sensory aphasia’; this is what we call ‘Wernicke aphasia’ nowadays. He contrasted this aphasia type with ‘motor aphasia’ as described by Paul Broca, in which the patient speaks little but understands what is said to him. Wernicke considered the left inferior frontal gyrus, that was discovered by Broca, as the store of motor programs of words, whereas the sound images of words are stored in the sensory language centre.

He assumed a connection between the two centers through the insula. Damage to this connection resulted, according to Wernicke, in a third form of aphasia, which he called ‘conduction aphasia’. A patient with conduction aphasia has no problems understanding language (the sensory language center is intact), speaks fluently (the motor images are not impaired), but produces sound errors (like the journalist in the clip).

Most important is the theory on speech processing that Wernicke developed to explain the language disorders he observed. This starts by retrieving the words (sound images of words) in the posterior language centre; these sound images are transported via the subcortical conduction track to the motor centre of speech where the associated articulation patterns (motor word images) are formed.

Wernicke’s theory laid the foundation for the so-called ‘associationist school’ whose followers developed complex diagrams in which they assumed separate centres for speech, understanding spoken language, reading and writing that were all connected. Ludwig Lichtheim (1845-1928) was the most influential one at his time. In 1960-1970 there was a revival of this doctrine that resulted in the famous Wernicke-Lichtheim-Geschwind model. Models like this are still used.