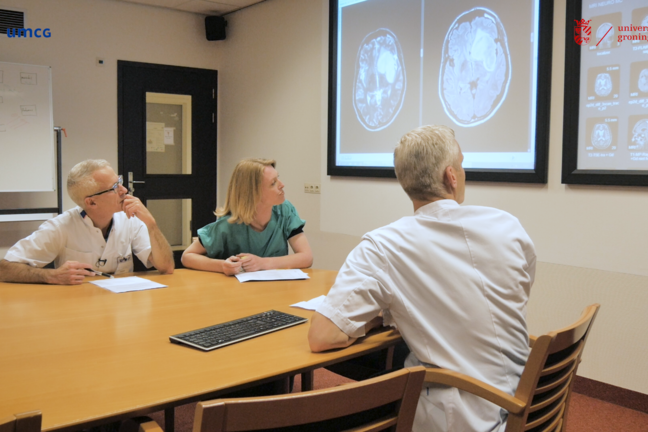 We just heard the surgical team consult the patient and explain the procedure and its struggles. One might wonder if such a procedure is necessary, as it seems highly invasive and extremely stressful for the patient. Of course, the clinical team would never decide for an awake brain surgery, if it was not overall beneficial and the best option. Here are the numbers of why current medicine has arrived at such a decision. 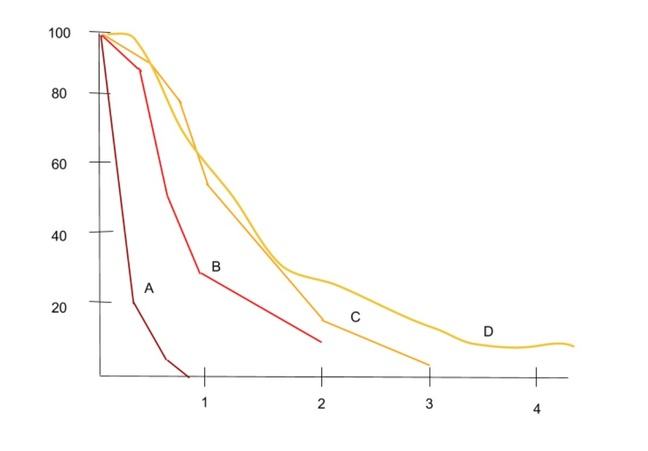 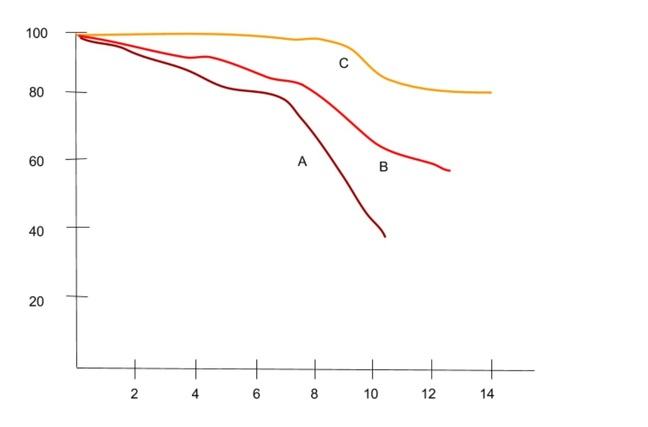 The picture looks quite different for Low-Grade Gliomas (LGGs). When comparing gross total resection (which means around 95% of the infiltrated tissue is resected (C)) to partial resection of around around 80% (B) and around 60% (A), (where there is some tumour tissue left behind) the life expectancy is higher for the gross total resection with up to 14 years of survival(C).

And this is not all we have to consider. A patient may have a lifespan prolonged for up to 14 years, but a gross total resection may result in a much lower quality of life after surgery for instance: what if the patient lost the ability to use language for the remaining years due to a total resection? This is where language testing during awake surgery makes a difference.

Mind you, these numbers concern LGG resections. As mentioned earlier, HGG are often not operated on with an awake surgery. Impairment of language or other cognitive function is inevitable due to the gross resection needed. Even if operated on awake, the specific patient’s language skills may not recover in time for his remaining life expectancy after such an extensive resection. It, however, depends on the single case of the patient. Due to medical advances, more and more HGG are operated on succesfully, but not all centers are doing so yet.