This content is taken from the Durham University's online course, Archaeology and the Battle of Dunbar 1650: From the Scottish Battlefield to the New World. Join the course to learn more.
View course
4.14

Many of the Dunbar Scots who died in New England enjoyed a long life. Quite a number lived into the 18th century, when they would have been over 65 years of age. Edward Wyer, for example, died in his 70s and Patrick Fassett lived to 85. Why did they not return home? 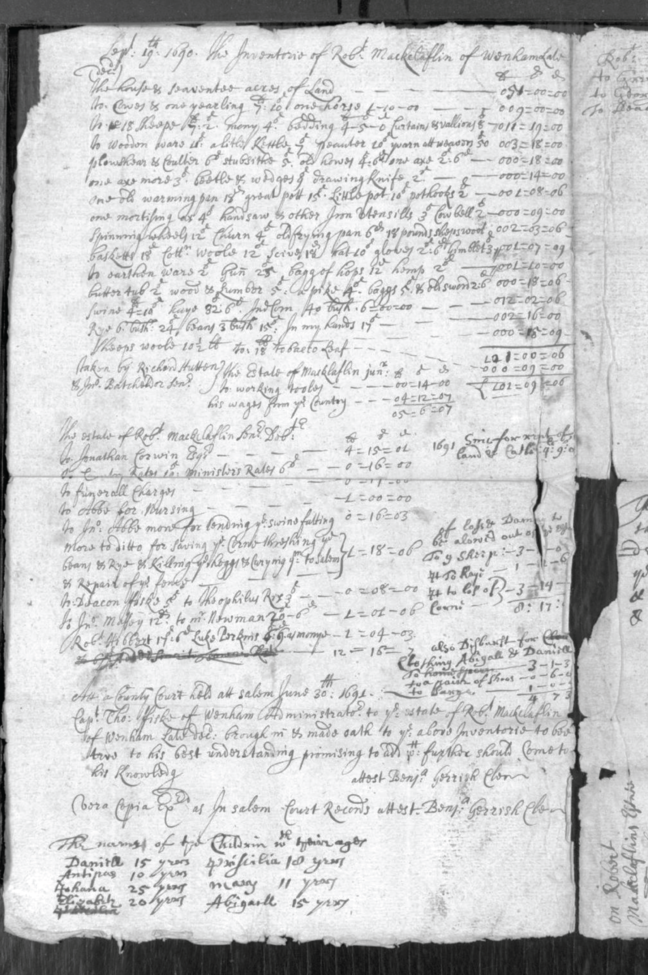 The probate inventory of Robert Mackclaffin, 1690. This is transcribed below in full in the PDF download. Image courtesy of New England Historic Genealogical Society, Boston, AmericanAncestors.org. (Click to expand)

One reason may be because they did not have the resources to do so. In the years immediately after their indenture came to an end, debts may have tied the Scots to people and places. Back in Britain, even after King Charles II regained his father’s throne in May 1660, the new political situation made no tangible difference to their situation. There was, for example, no offer of repatriation or compensation.

As time went by, a little money could be saved but by then the Dunbar men were mostly married and had children. By now they were invested in the future, both financially and personally. Many had acquired land and property which they would have been unable to do had they stayed in Scotland. At the end of their lives, the Dunbar Scots would have been cared for by relatives who had no connection with Scotland and preferred them to be buried nearby. Given that there is no mention of loved ones left behind in Scotland in their wills in New England, it can safely be assumed that the Dunbar Scots had become wholly absorbed into their new lives. By this time, late in life, they were presumably uncertain what had become of their relatives in Scotland.

A key point of interest in the Dunbar story is the changing identity of the Dunbar men. By the time of their death they were no longer ‘prisoners’ or ‘indentured servants’, though their accents must have given away their origins. Their gravestones certainly suggest a level of social confidence in wishing to mark their passing in a permanent fashion. Some men were buried with simple headstones with no decorative carving, but others have more elaborate markers. The gravestones of Edward Wyer in 1683 and Patrick Fassett in 1713, in the Phipps Street Burying Ground in Charlestown and in Billerica respectively, carry the motif of a stylised skull or ‘death’s head’ as a memento mori. The absence of crosses or Christ figures, so typical later on, is quite usual among the earliest gravestones carved in Puritan New England. Overt religious symbolism would have been frowned upon. 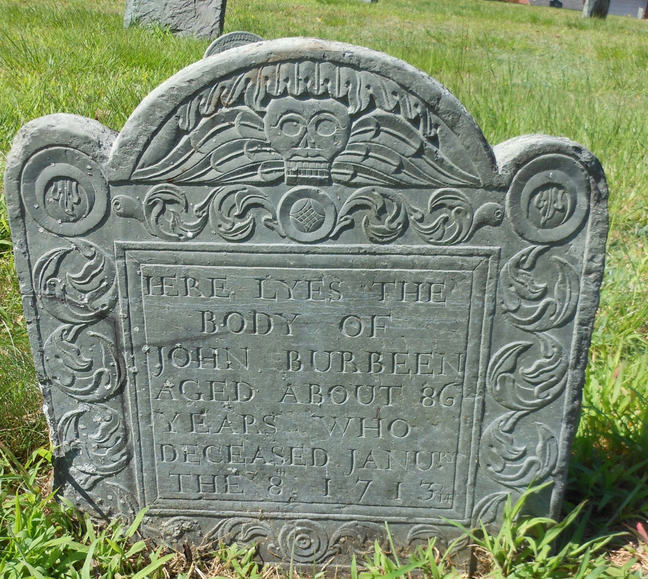