Archaeology concerns the reconstruction of past lives from the material remains (or evidence) that are excavated. Those remains include artefacts like pottery, tools and coins; traces of structures such as walls and post-holes; and environmental evidence (ecofacts) that includes animal bones and plant remains. 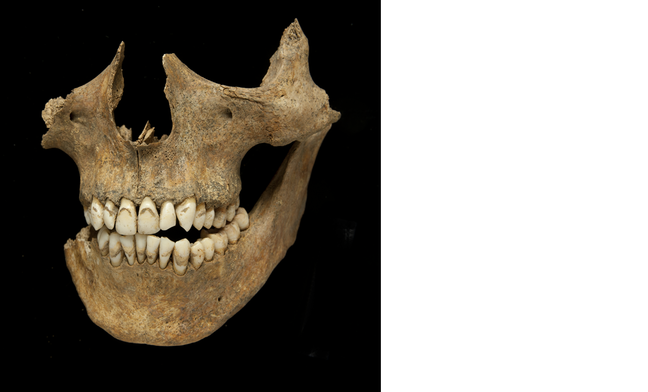 Human remains (skeletons and preserved bodies), dating from prehistory right through to more recent times, could be seen as just another class of environmental evidence and, to some extent, this is true. Human remains are, however, different and special. This is because they represent the remains of once living people, without whom there would be no other archaeological evidence.

They are also treated in a special way, from discovery and excavation, through to their use in teaching and research, and to display or storage in a museum. This treatment includes legal, ethical, cultural and emotional considerations. Human remains are both biological and cultural in value.

Every field archaeologist remembers the first time they excavated a human skeleton; most, if not all, would confess to feeling a distinct connection to the person whose remains they had uncovered. Even those who have dealt with dozens or hundreds of burials can feel like this.

It is not hard to justify the study of archaeological human remains. They are the closest we can get to our ancestors, and understanding how they lived and died is essential to understanding our past and who we are today. Bioarchaeology as a discipline (the study of archaeological human remains) gives a voice to the dead; it enables the dead to tell their stories. People with no knowledge of archaeology also respond to the news of the discovery of human remains in different ways. While some may be very interested, others can be occasionally concerned, fearful or even disgusted that the remains have been excavated. Some religious groups have profound objections to any disturbance or exposure of the remains of past members of their community. Others may have strong views about how remains should be treated following excavation and whether, how and where they should be re-buried.

For all of these reasons, archaeologists must be sensitive and careful in how they deal with human remains, and those people who may have a historical or assumed connection with them. The law plays a part here, too. In England and Wales, under the Burial Act 1857, it is an offence to disturb a body without a licence. This licence, granted today by the Ministry of Justice, will always set out certain conditions that the archaeologist must follow. These include ensuring that the work is not done in public view, setting out who will do the work and what will happen to the remains following excavation: immediate reburial, analysis and reburial, or analysis and storage for future research. This decision will particularly take into account the importance of the find and opinions of people who are historically connected to the remains. Some remains may be curated for scientific purposes for a defined period or in perpetuity, if this is seen to potentially produce new information. If reburied, most remains are re-interred at the nearest lawful burial ground, or at a site agreed between all those with an interest in the matter.

While human remains offer us a wealth of archaeological information and a special view into the past, the emphasis in all of these activities and decisions is always on making sure that the remains are treated with appropriate dignity and respect.