This content is taken from the Durham University's online course, Archaeology and the Battle of Dunbar 1650: From the Scottish Battlefield to the New World. Join the course to learn more.
View course
5.14

Ethics of curation and storage of human remains

Rather than being reburied, most human remains excavated in the UK are curated in museums, in commercial archaeology units, and in universities. As a consequence, the way they are looked after has received a great deal of attention in recent years and guidance has been developed. This was slow in coming, however, and started mainly in the 2000s in the UK.

Although advice may be readily available, the wherewithal (both staff and resources) to follow it can be very limited, especially in provincial museums. This compromises the need to pay due respect to and to care for the human remains in their collections. Human remains, it might be argued, are the most important part of any curated archaeological collection, and should be looked after respectfully.

Human remains may be used for teaching and research, but also within exhibitions (as for the Scottish Soldiers exhibition). If they are curated then they really must be utilized for these purposes. Cultural, spiritual, scientific, and educational values and sensitivities must be respected, while ensuring information is shared with a wide range of interested parties. Proper packaging of human remains in suitable boxes, and their storage on shelves in a dedicated and secure, dry environment with the correct temperature and humidity requirements are all strongly recommended. 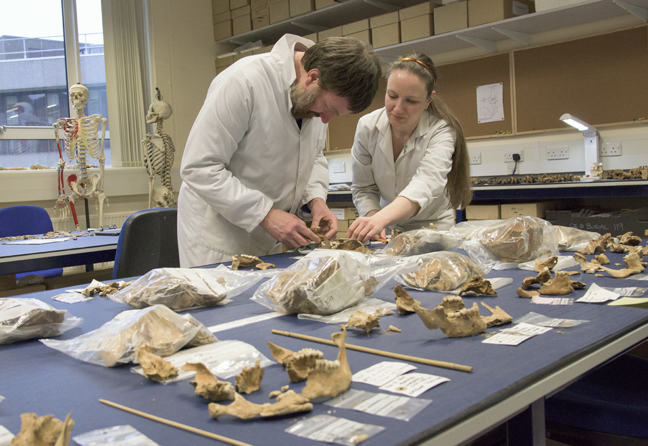 As a comparison to the UK, during the 20th century, collections of human skeletal remains of Native Americans grew in American museums. It was not until the late 20th century that Native Americans were listened to regarding their concern about their ancestors’ remains. Many tribal members felt (and feel) linked spiritually to all or many other Native American people, living and dead, and believe they have a responsibility for the spiritual well-being of their ancestors. Retention of their ancestors’ remains in museums therefore interfered (and interferes) with the afterlife and separates the spirits of the dead from the living. As a result of these concerns, The National Museum of the American Indian Act (NMAIA) was passed in 1989, while the Native American Graves Protection and Repatriation Act was passed in 1990 (NAGPRA), with its accompanying regulations appearing in 1995.

We should also remember that in countries that were colonised in the past, cultural heritage, including burials, was plundered in the name of ‘collecting’ and ‘science’, and back in the 19th century grave robbers stole bodies for anatomists and surgeons. There has been an increasing focus on the repatriation of museum collections of human remains and other cultural material in the UK and elsewhere, reflecting the broader concern with trade in illicitly exported works of art, and the indigenous claims for the repatriation of human remains removed from colonies during the colonial era by the British.