This content is taken from the Raspberry Pi Foundation & National Centre for Computing Education's online course, Scratch to Python: Moving from Block- to Text-based Programming. Join the course to learn more.
View course
1.6

0:03Skip to 0 minutes and 3 seconds When programming using a text-based language like Python, it won’t be long before you encounter an error message like this one. Syntax error. Every programming language has a different set of rules called syntax. And this message is telling me that I have made a mistake in my program by not following these rules. In this case, I haven’t included a second quote. Now, to help your learners transition from block to text-based programming, it can be helpful to compare and contrast the differences in syntax. Now let’s look at some examples. So first, when assigning a variable, in Scratch you need to make a variable before you can assign or set its value.

0:51Skip to 0 minutes and 51 seconds Whereas in Python, a variable is created as soon as a value is assigned to it. Also in Python, you must enclose strings or text in single or double quotes. Now to increment a value, in Scratch, we can use the change block to either increase or decrease a block’s value. Whereas in Python, a new value has to first be calculated by adding or subtracting an amount to the value. And then that new value is assigned back to the variable.

1:30Skip to 1 minute and 30 seconds To output to the screen– in Scratch, you can make a sprite talk by using the say block. An equivalent in Python would be the print statement, which will output text, numbers, or symbols to the screen. But again, we have to remember to use single or double quotes when using strings or text. Now one of the biggest differences is when using conditional loops. In Scratch, a conditional loop repeats until a statement is true. Whereas in Python, a conditional loop repeats as long as a statement is true. So if we compare these two, repeat until score is greater than 10. Keep running this code until the variable score is greater than 10.

2:19Skip to 2 minutes and 19 seconds Whereas in Python, we would say, while score is less than or equal to 10, keep running this code. Also note how Python requires a colon at the end of the statement and how a code that is part of the loop is indented. And we can compare this to the way that the say block is indented as part of the repeat until block in Scratch. Now in Scratch, there is a specific type of block for doing infinite loops. It’s called a forever block. And in Python, there is no equivalent, no specific forever block. But a conditional loop is used which always evaluates to true. So while True, run this code is equivalent to forever.

3:05Skip to 3 minutes and 5 seconds When using selection in Scratch, there are two selection blocks, an if and an else. And Python has a similar syntax. If this condition run this code, else run this code. And we can note, again the use of a colon at the end of the statement, and indentation to denote the code which is part of this condition. However, in Scratch, if multiple conditions are required, if statements have to be nested, one inside the other. Whereas in Python, there are three conditional statements– if, elif, and else. And, again note how colons are used and indentation.

4:14Skip to 4 minutes and 14 seconds Now it’s time for a challenge. Take a look at this Python program. It’s featured in the article below. And see if you can write the same program in Scratch. Were there parts of the program which you thought were easier to create in Scratch? Share your thoughts and your Scratch programs by pasting a link to your program in the comments.

One aspect of text-based languages that many learners struggle with is understanding the specific syntax (the rules of the language) required. Mistakes in a program are often due to not following these rules, and these mistakes are called syntax errors. Therefore, it is helpful to show the parallels and differences between a language that a learner has already mastered and the one they are trying to learn.

In the next two steps I’ll show you a few Scratch blocks and their equivalent code in Python. The list is far from exhaustive, and is intended as a reference guide rather than an exercise to be worked through. 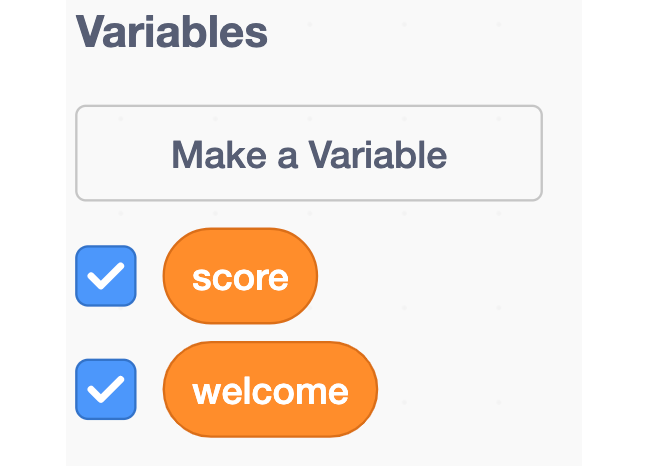 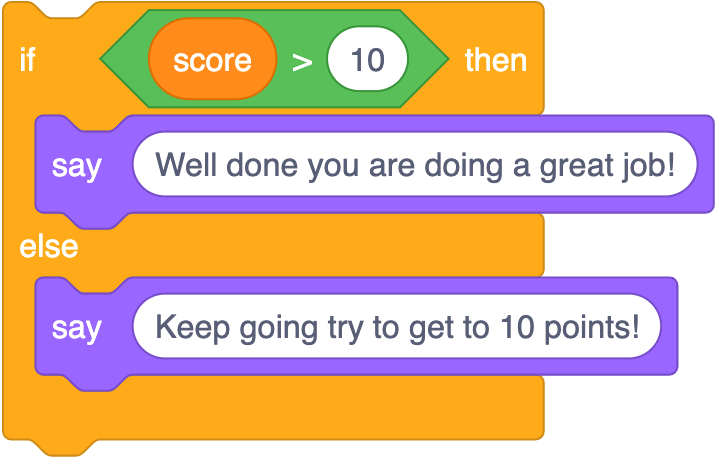 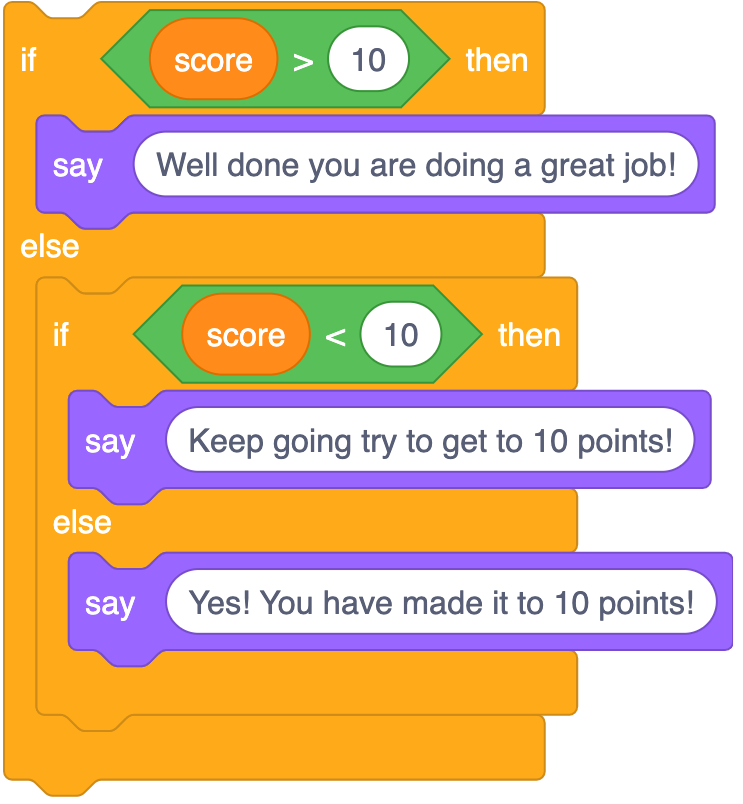 Have a look at the Python code below, then see if you can write the same program in Scratch using the blocks you have seen in this step.

Were there parts of the program which you thought were easier to create in Scratch?

Share your thoughts and Scratch programs by pasting the link to your program in the comments.