This content is taken from the Raspberry Pi Foundation & National Centre for Computing Education's online course, Scratch to Python: Moving from Block- to Text-based Programming. Join the course to learn more.
View course
4.4

0:03Skip to 0 minutes and 3 seconds Now it’s time for you to use the pokebase, requests and PIL external modules to download and display images of Pokémon. First, let’s create a new Python programme and save it as pokemonsimple.py. In the previous step, you should have installed the pokebase module, which you can import the top of your programme. I’m going to say from pokebase import the Pokémon function. You’re also going to use the webbrowser function, which comes installed with Python. So we’re going to import that too.

0:39Skip to 0 minutes and 39 seconds Now I’m going to define a new function called fetch_pokemon which will prompt the user to enter the name of a Pokémon.

0:47Skip to 0 minutes and 47 seconds Once I have the name of a Pokémon, I can use the Pokémon function we just imported to download information about that Pokémon.

0:59Skip to 0 minutes and 59 seconds Now the poke variable is going to hold all the attributes about your downloaded Pokémon, such as its weight, its height, or its abilities. And you can use print to output some of this information. So for example, I’m going to output my Pokémon’s weight. So I’m going to say name, weighs, and we’ll say poke.weight.

1:22Skip to 1 minute and 22 seconds Finally, I need to call my function, which I do so using its name and then opening a bracket and closing a bracket. So let’s give our program a run and see what happens. So we run our program. It prompts us, which Pokémon do you wish to fetch? I’m going to fetch Charizard.

1:40Skip to 1 minute and 40 seconds And I get an error. Because the weight of a Pokémon is an integer. And I need to cast it to a string. So let’s just try that again. Charizard. Fetching Charizard. And now it tells me Charizard weighs 905, presumably, grammes. Now by using the DIR function, you can output a list of all of the attributes within the Poke variable. So let’s try that and see what we can see. So we going to say print. And we’re going to use DIR. And we’re going to use the Poke variable, because that’s what we want to see inside of. Let’s see what that gives us. So we’re going to run our program again. Which Pokémon to you wish to fetch?

2:20Skip to 2 minutes and 20 seconds I wish to fetch Charizard. And it gives me a list, a list of all of the attributes that are within the Poke variable. And we can see there is the weight one that we just used. There’s also one called Sprites. So let’s have a look what’s inside that. So to do that, I’m going to print out what is inside that. So I’m going to say Poke.Sprites. Run my program again.

2:44Skip to 2 minutes and 44 seconds It fetches Charizard and shows me– prints out to the screen, the content of that Sprites attribute. And I can see it contains a number of links to images. Now by using the web browser module, we can automatically open up one of those images. So let’s do that. So let’s say, webbrowser.open. And I’m going to say open Poke.sprites. And there was a sprite called front_default And so let’s run that and see what happens. Again, it’s going to ask me for a Pokémon name. I’m going to put Charizard. Fetches Charizard, opens up my web browser, and shows me an image of that Pokémon.

3:26Skip to 3 minutes and 26 seconds Now can you follow the instructions in the article below to download and save the Pokémon’s image using the requests and the PIL module? How do you think activities like this one could be used to encourage learners to use text based programming languages? Share your answers in the comments below.

You are going to use the pokebase, requests, and PIL external modules to download and display images of Pokémon.

Use pokebase to get a Pokémon

Now for the fun part! You are going to use pokebase to get some information about the Pokémon.

pokebase is a library that provides access to PokéAPI, a Pokémon API. API stands for application programming interface, which is a set of tools for building software applications — in this case, apps to do with Pokémon.

You can have a look at the website pokeapi.co to find out more about this particular API, and try out its online version. If you want to find out about the Pokémon Charizard for instance, you could search for pokemon/charizard. 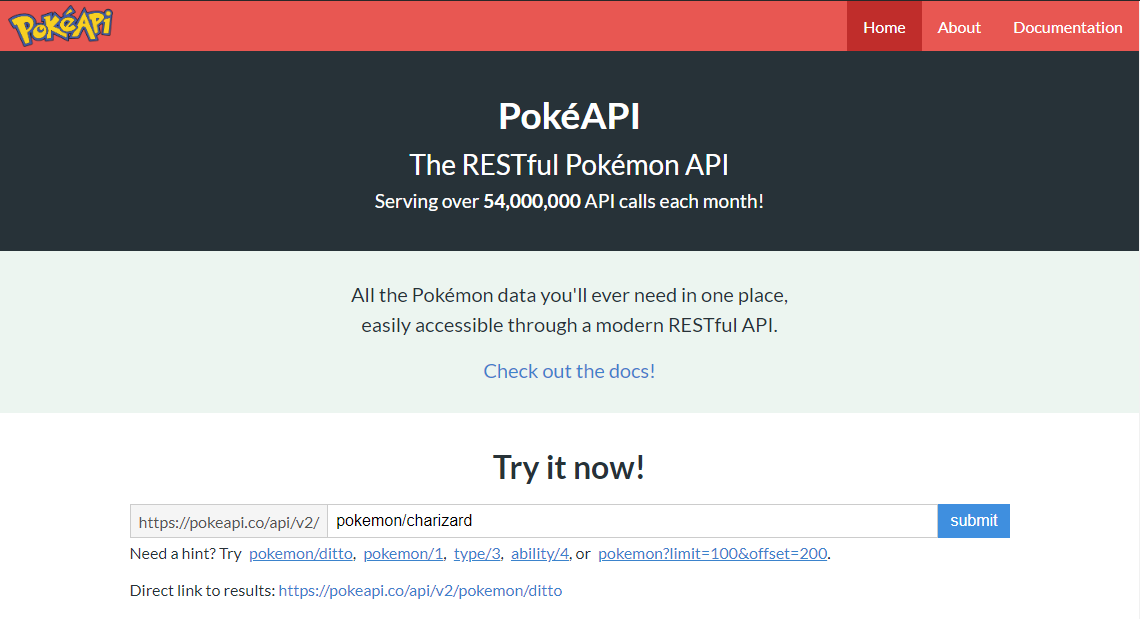 The pokebase module gives us tools to write a program that does the same thing: to look up different Pokémon and get information about them.

You are also going to use the standard webbrowser module to display an image of the Pokémon you downloaded.

Save the image using requests and PIL

To save the image on your computer you are going to use:

Once you type in the name of a Pokémon, your program will fetch the front_default image from the website and save it in the directory where you saved your Python file. Run the program a few times and enter different Pokémon, for example mewtwo or pikachu. After each run open the saved poke.gif file — the image file gets overwritten each time.

How do you think activities like this one could be used to encourage learners to use text-based programming languages? Share your answers in the comments.