Reproducing the Book of Kells

The richness of the Book of Kells’ decoration remained relatively unknown until the early decades of the nineteenth century. Reproducing the intricate detail of the artwork posed a considerable challenge, requiring time, patience and a steady hand. Among the earliest artists to tackle the task were two women, Margaret Stokes and Helen Campbell d’Olier.

Margaret Stokes was a highly knowledgeable antiquarian from Howth in Co. Dublin. She spent hours poring over the details of the Book of Kells and other Trinity manuscripts which gave her insights that far surpassed those of the academics writing about the art at the time. 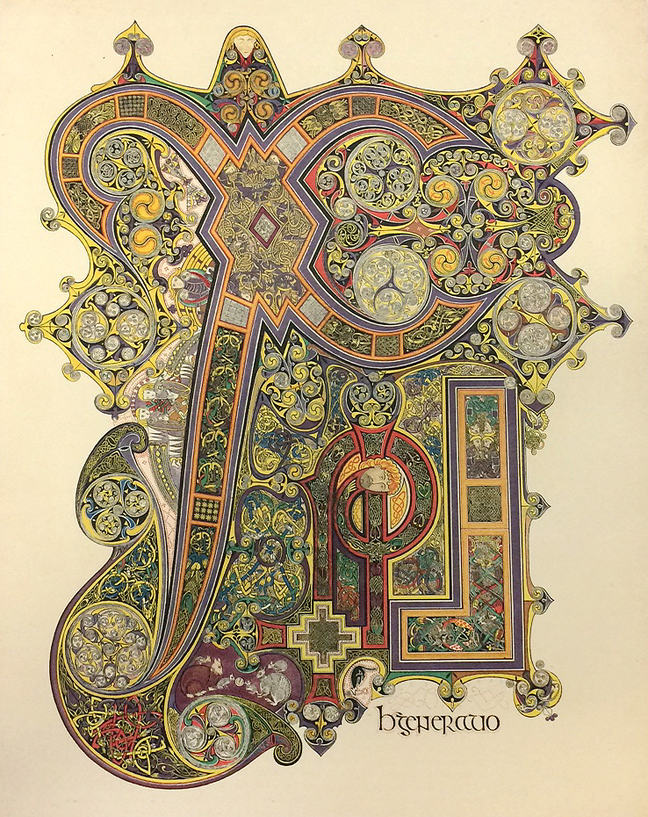 Fig 1. Lithograph by Margaret Stokes of fol. 34r in the Book of Kells. CC-PD. 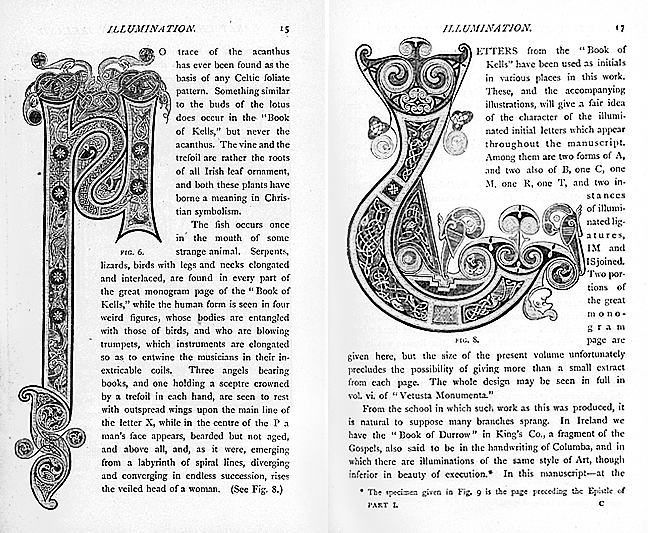 Fig 2. and Fig 3. Letters taken from the Book of Kells used in the typography of Stokes’ book, Early Christian Art in Ireland (1894). CC-PD.

Helen Campbell d’Olier’s drawings were directly traced from the manuscript, and so the most accurate of the early painted reproductions. She exhibited some of her drawings at the Dublin Exhibition of 1861, and a framed set of her painted initials were put on display alongside the manuscript during the early twentieth century. 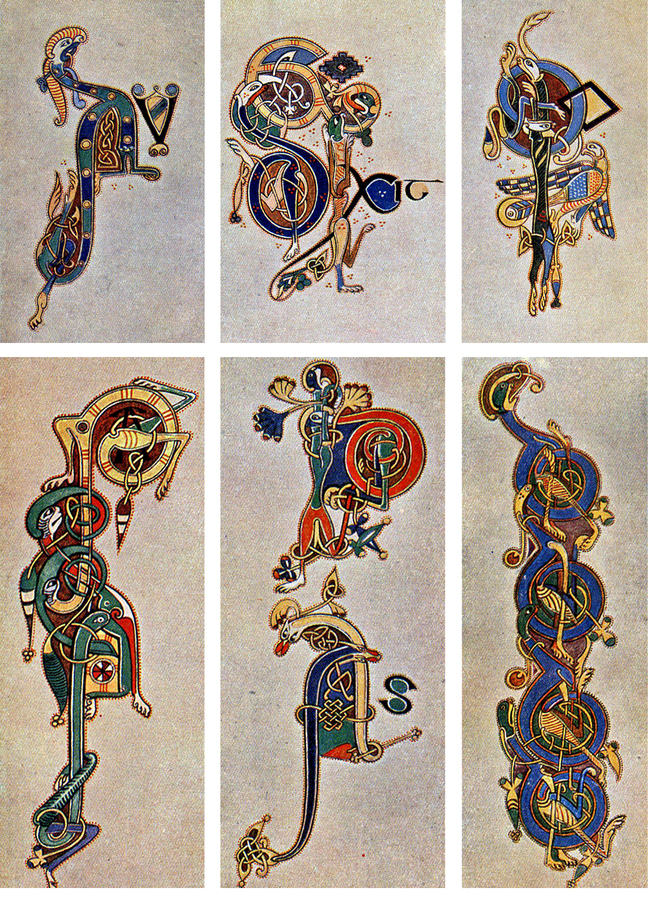 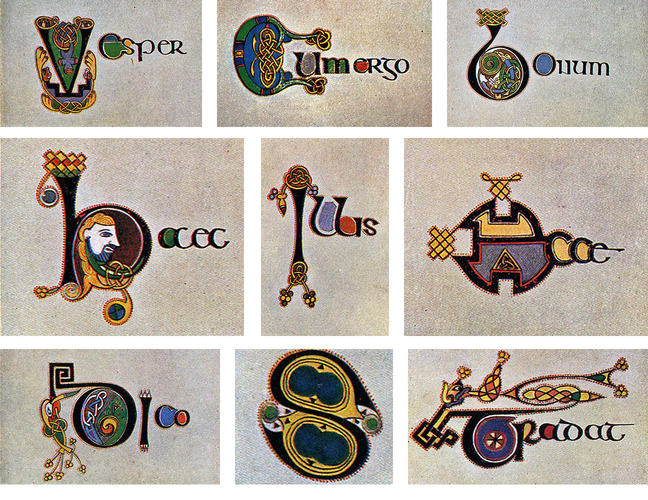 Fig 4. and Fig 5. Letters drawn and painted by Helen Campbell d’Olier, as reproduced in Edward O’Sullivan’s The Book of Kells (1914). CC-PD.

While proximity of the Dublin Metropolitan School of Art in Kildare Street to the Trinity Library meant that young artists could (and did) study the manuscript directly, ultimately the work of many artists, craftspeople and typographers relied on published designs from the Book of Kells.

Early publication of images included a small number of coloured prints in J.O Westwood’s comparative work on illuminated manuscripts published in 1843–45 and some of Stoke’s illustrations published as coloured prints in 1869. But it was the advent of photography that really enabled the greater dissemination of the work. In the late 1880s photographs of the manuscript were commissioned by the then Librarian, T.K. Abbott, to be sold in partnership with the South Kensington Museum in England (now the Victoria and Albert Museum). These were later incorporated into a number of books including that by Edward Sullivan (published in 1914), which enjoyed particularly wide circulation, and was the first book to include colour photography of the manuscript. 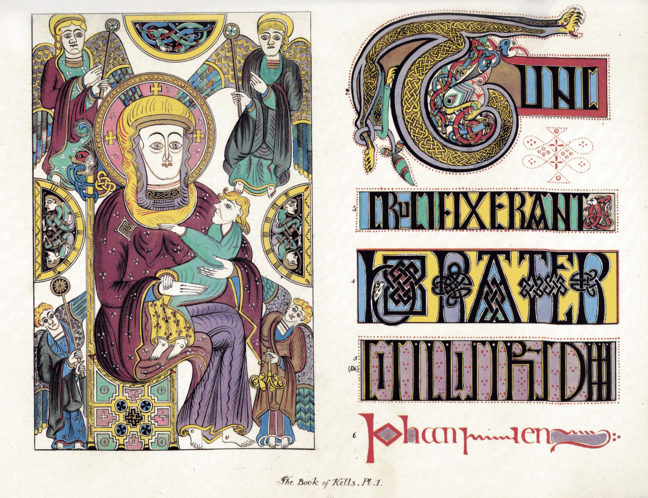 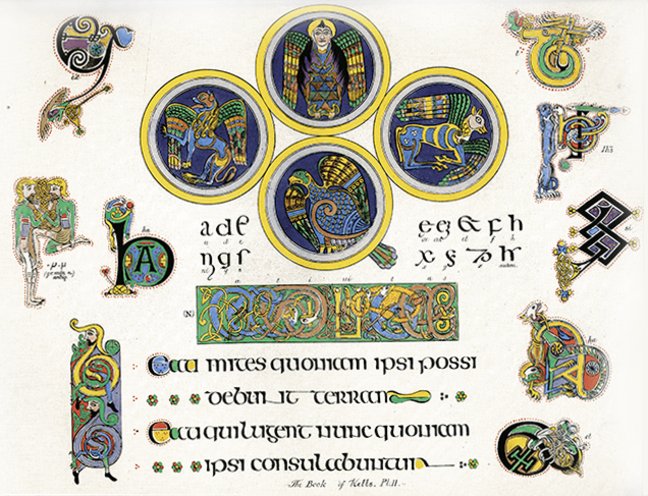 Fig 6. and Fig 7. Lithographs from J.O. Westwood’s Palaeographia Sacra Pictoria: Being a Series of Illustrations of the Ancient Versions of the Bible (1843). CC-PD.

Access to the entire manuscript however, remained a problem, and it was not until 1951 that the first comprehensive photographic facsimilie, or copy, was published. This was superseded in 1990 with the superior Faksimile-Verlag facsimilie. With the advent of the digital age, photography made for the last facsimile has now been made available online. For the first time ever, in the history of the manuscript, access is now more democratic, and anyone with access to the internet can now peruse every page of the Book of Kells in all of its minute detail.