A shrine of ‘Celtic’ art

Hidden away off a residential street in the Dublin suburb of Dún Laoghaire is a masterpiece of painted decoration inspired by the Book of Kells. 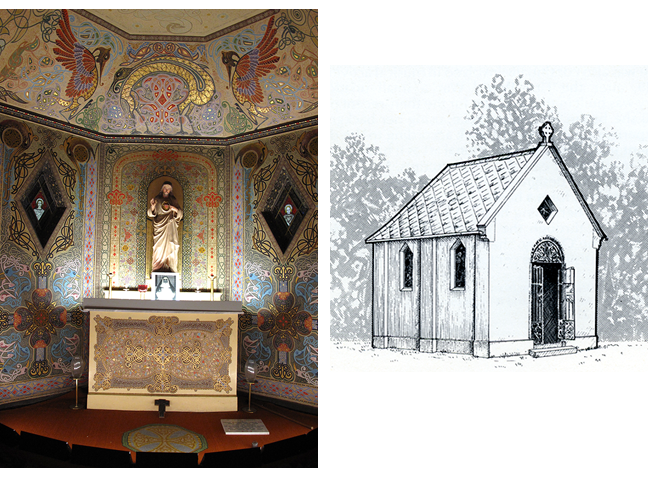 Fig 1. The high altar in the oratory. Photo: Rachel Moss. Fig 2. Artist’s impression of the original exterior of the oratory (a modern building has now been constructed around it). © Irish Dominican Sisters.

The Oratory of the Sacred Heart was built in the grounds of the Dominican convent at Dún Laoghaire in 1919, in memory of the Irishmen killed during World War 1. Modest both in scale and architectural adornment, the decoration of its interior was undertaken by one of the community’s nuns, Sr Mary Concepta Lynch, between 1920 and her death in 1936. Born Lily Lynch, Sr Mary Concepta was the daughter of an illustrator, Thomas Joseph Lynch, and had been trained by him in the art of ‘Celtic’ design.

Sr Mary Concepta used old window blinds from the convent to first draw out her designs and then create stencils, allowing her to ‘map’ her designs on the walls and ceiling of the little chapel. Some elements were inspired directly by the Book of Kells, such as the figure being bitten by a lion, found at the opening of St Mark’s Gospel fol. 130r, decorative borders with lions’ heads and intertwined birds and circles filled with Celtic spirals. 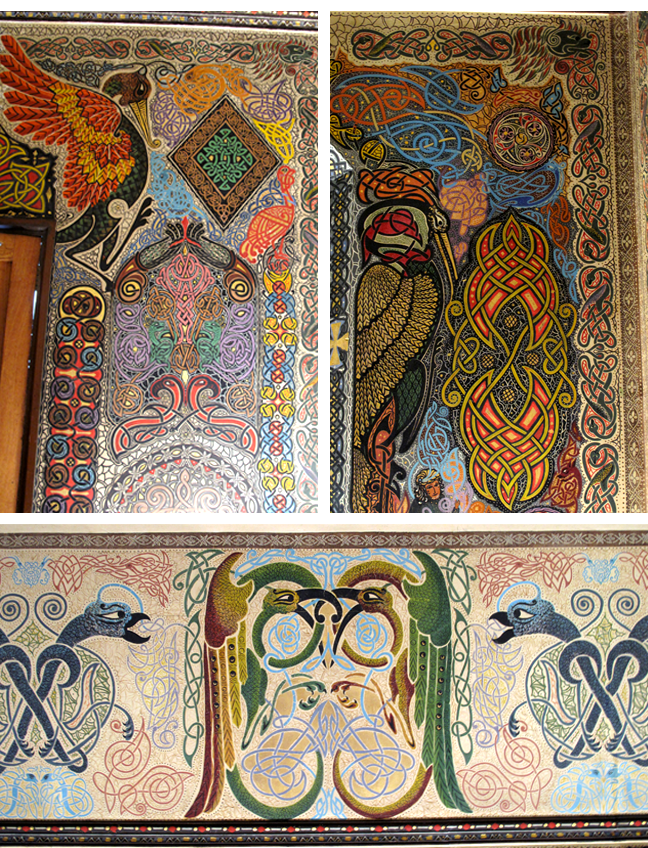 But Sr Mary Concepta was not a mere copyist, and many of her designs are original, taking their lead from the Book of Kells in terms of the density, complexity and colour of the ornament, but drawing inspiration too from the sinuous curves of the Art Nouveau style, then at the height of its popularity.

Together with her work on the oratory, Sr Mary Concepta taught art at the Dominican convent and a number of her other designs and teaching aids survive. One, painted on linen, is a prayer to St Colum Cille, requesting assistance for contemporary artists working in the ‘Celtic’ manner. 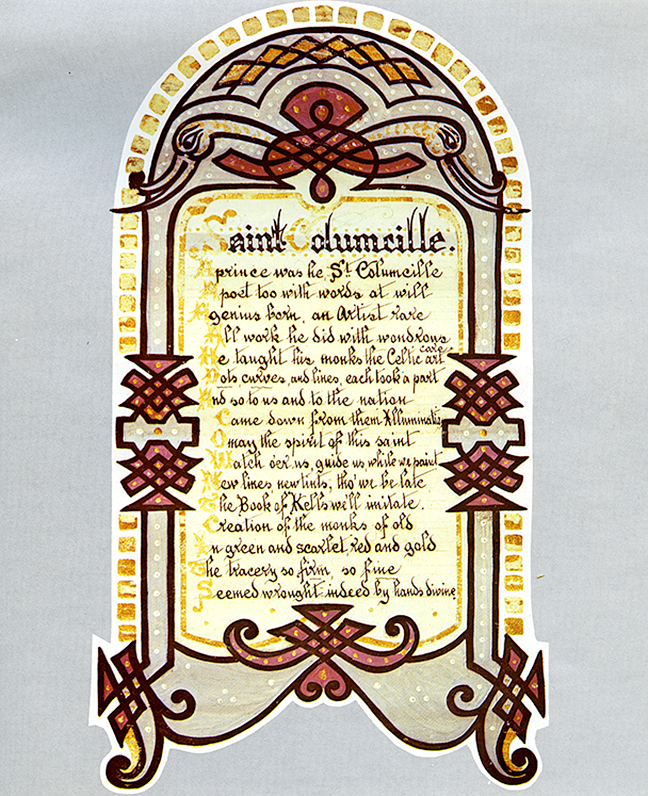 Click here to listen to the prayer Saint Columcille

Text of the prayer: Saint Columcille

A prince was he St Columcille

A poet too with words at will

A genius born, an artist rare

All work he did with wonderous care

He taught his monks the Celtic art

Dots curves and lines, each took a part

And so to us and to the nation

Came down from them illumination

O may the spirit of this saint

Watch o’er us, guide us, as we paint

New lines, new tints, tho’ we be late

The Book of Kells we’ll imitate

Creation of the monks of old

In green and scarlet, red and gold

The tracery so firm, so fine