This content is taken from the Trinity College Dublin's online course, The Book of Kells: Exploring an Irish Medieval Masterpiece. Join the course to learn more.
View course
4.9

Another example of using the Book in modern times can be seen in Dublin-based artist Mags Harnett’s work. In the past, the motivation of artists copying the artwork of the Book of Kells lay in creating accurate copies of the artwork that spoke of Irishness or were seen as appropriate to religious contexts.

The text of the Book of Kells is written in Latin, and as we have seen, some of its symbolism assumes an understanding of quite complex theological ideas. In spite of this, the artwork of the manuscript remains accessible and familiar, even if it is now interpreted in very different ways.

For her exhibition, Scribe2Scribe held at Trinity College in 2014, Dublin-based artist Mags Harnett copied the style of the Book of Kells, imitating the calligraphy and decoration of certain pages, but changed the language in the most radical way she could think of; into text messaging language. 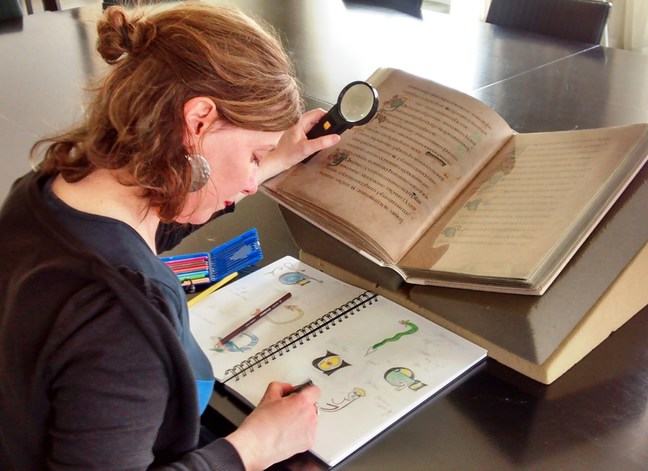 Fig 1. Mags Harnett working from the facsimile copy of the Book of Kells. Photo: Library of Trinity College Dublin.

Sending a text message is immediate, there is no decoration. The sender does not possess any craftsmanship. She wanted to merge this modern immediacy with the ancient craft of the scribes to produce work focusing on the visual aspect of the Manuscript.

Through her use of humour she imagines its authors as real people and also provokes the viewer to think about the changes which have occurred in the communication of the written word over the past twelve centuries.

More recently her work has also engaged with Twitter 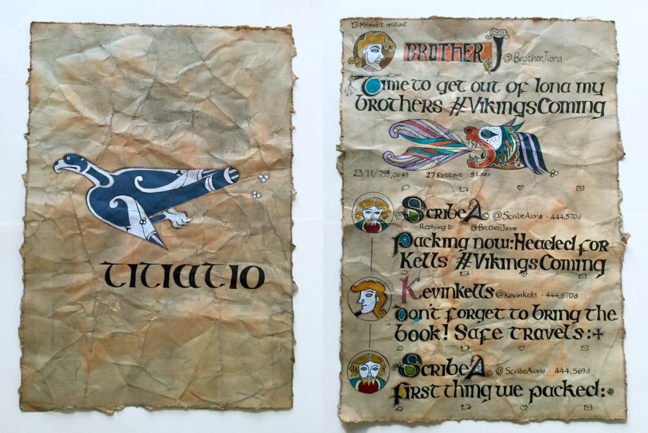