Understanding Maths and Logic in...

An Introduction to Hexadecimal Numbers

Although numbers are processed inside a computer as binary, that doesn’t mean that we need to always represent these numbers as binary to humans.

Why we use hexadecimal

If you think A5 is easier and more convenient to remember and use, you now understand why some binary is expressed in hexadecimal format. A5 is actually the same value as 1010 0101; however, it is represented as hexadecimal instead of binary.

We often see hexadecimal used to represent binary numbers for:

Hexadecimal is a base 16 number system: it makes use of 16 numbers. So if we had a creature with 16 fingers, this is how they would count using hexadecimal: 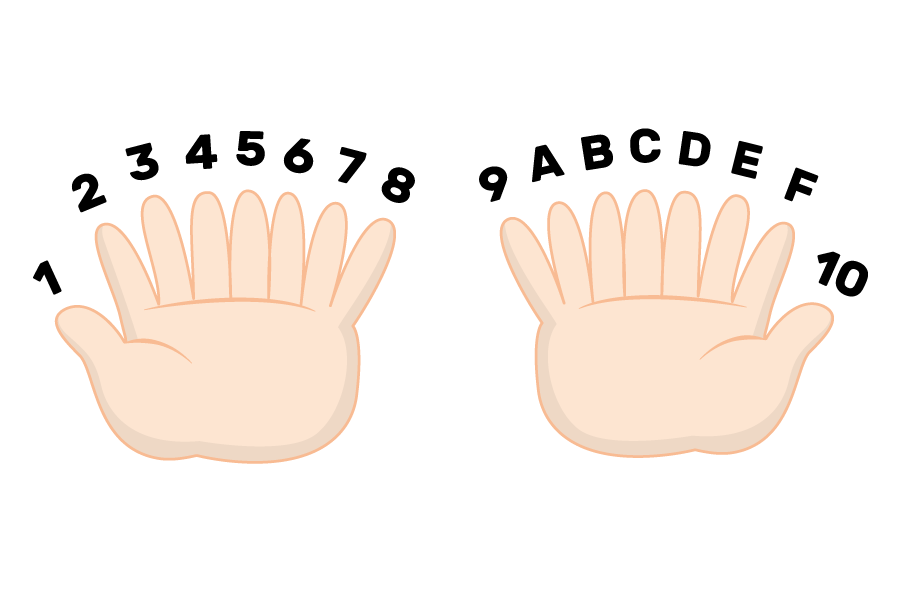 Hexadecimal is commonly used in computing because it can represent a byte of data with just two characters (instead of eight). Each hexadecimal character represents half a byte, also called a nibble.

Hexadecimal works very similarly, with base 16 instead of base 10. Let’s convert hexadecimal A9 to denary:

In the next step there is a quiz to check your ability to convert between denary, binary, and hexadecimal representations of numbers. To practise for this, try converting the following hexadecimal numbers into denary: