What do we mean by ‘corporate culture’?

In the same way, if an organisation cooperates with other partners via merger-acquisition or franchising, different cultures in those companies will be interrelated and interact with each other.

In other words, ‘corporate culture can have as its basis the original organizational culture, or the national/regional culture – or a combination of the two’ (Schneider & Barsoux, 2003, p.15).

The role of culture in a company’s success or failure

Our next question is whether corporate culture is linked to a company’s success or failure. Let’s examine the findings of Graham et al.’s empirical research in the US (2016). Through 1900 CEO and CFO’s responses and interviews with companies that represent 20% of the US market capitalisation, they concluded that corporate culture is the biggest value driver of companies.

We can see from the proposed framework below that organisations are formally managed by the leaders, through power and control as well as management practices. At a micro and informal level, it is corporate culture, in which values and norms are involved, which guide daily operations and business activities. 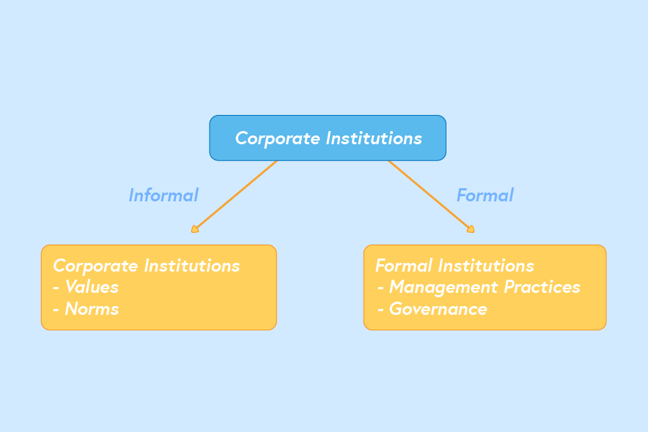 Organisations are managed by leaders in both formal and informal ways.

Share examples of informal and formal practices from your own work experiences or do some research and share a case study.

What is your evaluation of your example practices? Were they efficient or not?