This content is taken from the The University of Glasgow's online course, Cancer in the 21st Century: the Genomic Revolution. Join the course to learn more.
View course
2.3 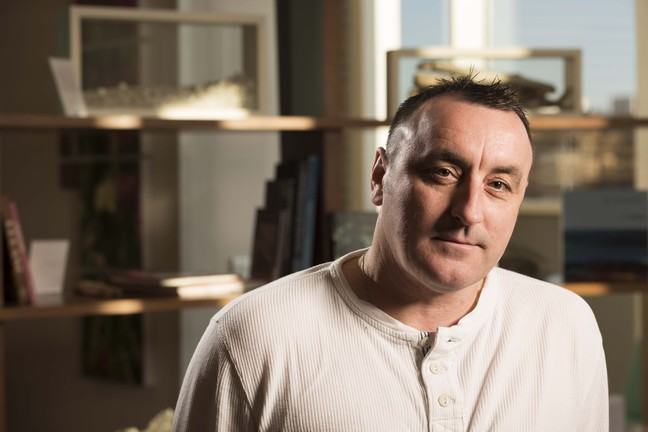 Until 2010, Gordon Gallagher aged 43 from Balloch thought he had all the luck in the world. He was married to his childhood sweetheart Nicola, and they had four beautiful children. However, his wife suddenly suffered a fatal heart attack at the age of 38 leaving him and their four children on their own. Naturally Gordon’s whole world was shattered.

Eventually he decided to get his life back on track for the sake of the children. Things started to look up for Gordon but not long after he met his girlfriend Tina, things took a turn for the worse. As a fireman with Dumbarton Fire Brigade, Gordon had always been fit and healthy so when he failed a routine fitness test at work alarm bells started ringing. He went to the doctor who told him he was simply run down and was given antibiotics.

Things didn’t get any better and before Christmas 2011, Tina was so worried she made Gordon attend the Vale of Leven hospital. In a twist of fate, that evening strong winds resulted in the closure of the Erskine Bridge and while waiting on an ambulance to take him to the Western Infirmary, Gordon was given a second blood test. The test resulted in the destination of the ambulance being changed to the Beatson as the doctor immediately suspected Leukaemia. This was a decision that saved his life.

Gordon was immediately diagnosed with leukaemia and started treatment.

Gordon spent that Christmas in the Beatson, Glasgow which was a difficult time for all the family. He was extremely ill and due to the nature of his condition, Gordon lost his sight for three months and was told that there was only a slight chance his eyesight would return. He bravely decided he would not take this battle lying down and prepared to fight for his life and beat his cancer as he couldn’t bear the thought of the children losing him as well as their mum.

Gordon was told that he would need a year of treatment and six months recovery but he was so determined that he was back at work with the fire brigade within 11 months which, astounded the team of doctors and medical staff who treated him.

While Gordon was receiving his cancer treatment at the Beatson he regularly used charity’s wellbeing centre for activities and treatments such as yoga, massages and reiki. The wellbeing centre was vital in Gordon’s recovery as it gave him hope although he didn’t realise it at the time. When he reflects back he now realises just how much the staff and volunteers helped him on the path to recovery.

Gordon said: “Cancer doesn’t just affect your body it affects your frame of mind and the Beatson is such a positive uplifting place that it helped my outlook and in turn helped with my recovery.” Gordon benefited so much that he wants to do all he can to give something back and is planning on undertaking a big fundraising challenge this year.

Over the last three years, Gordon has gone through a physical and emotional journey but he is now well on the road to recovery. This year will be a fresh start for him and his family with lots of things to look forward to including becoming a grandad for the first time.