This content is taken from the The University of Glasgow's online course, Cancer in the 21st Century: the Genomic Revolution. Join the course to learn more.
View course
6.3 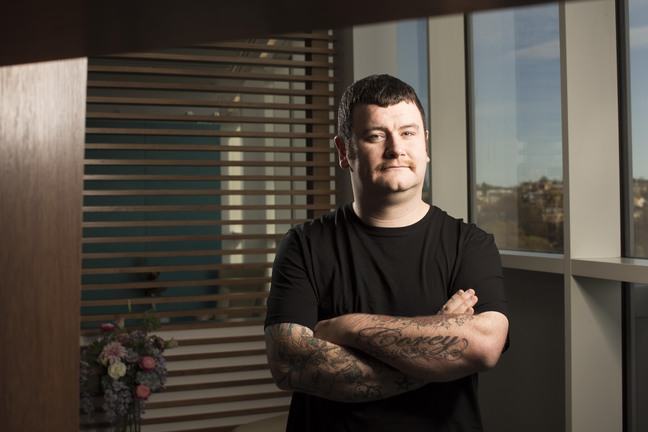 In January 2013, Co-op warehouse worker Paul Sheerin aged 33 from Cumbernauld was diagnosed with testicular cancer which then spread to his stomach. He immediately underwent a grueling course of chemotherapy over nine weeks to shrink the tumour.

Shortly after receiving the devastating news that the cancer had spread to his stomach and he would need chemotherapy, Paul’s wife Louise found out she was expecting their second child. With Paul being so ill and going through treatment, this was a difficult time for the couple who already had a young son Corey aged 18 months.

While Paul was an in-patient at the Beatson in Glasgow he frequently used the wellbeing centre which he found to be a very positive experience. Throughout his nine week course of chemotherapy, Paul felt completely drained. However, being able to escape to the haven of the centre on the fourth floor meant he could take some time out to relax and enjoy the calm and peaceful atmosphere away from the wards.

Being in a ward and unable to go home can an extremely lonely and difficult time for cancer patients but Paul bonded with two of his fellow patients who were of a similar age and going through similar treatments. He found it a comfort to know he wasn’t going through this trauma alone and that he was surrounded by people who understood how he was feeling. The well-being centre funded by the charity was a fantastic retreat for the three of them to get together and Paul said: “It made us feel like ordinary guys, out and about, catching up without feeling like cancer patients.”

Without the centre it would have been an extremely long day for Paul being stuck on the ward without anything to keep himself occupied. By being able to go to the centre for the therapeutic treatments made his time at the Beatson much more bearable. One of the after effects of chemotherapy is hair loss so when Paul began to lose his hair he found the Thai head massages a great way to relax. The entire experience was a source of great comfort and relief during a difficult time.

The treatment has been successful and his doctors are now confident that Paul’s last blast of chemo will remove the tumour completely. Paul has now gone back to work at the Co-op full time but is more than happy to give up his free time to help fundraise for the Beatson Cancer Charity. He feels that everyone there did so much for him and helped him through one of the hardest times of his life and he wants to give something back. The staff at the Beatson are second to none and really took the time to get to know Paul and his family, making them all feel such at ease during this terrifying experience. He recently raised over £1,000 for the Beatson Cancer Charity by taking part in ‘Movember’ and wants to continue to raise money for the charity.

Life is now on the up for Paul and the new addition Max to the family last December was the icing on the cake and the best possible end to a very difficult year.