This content is taken from the The Hong Kong Academy for Performing Arts's online course, Cantonese Opera: from Backstage to the Stage. Join the course to learn more.
View course

The big picture of a Cantonese Opera

Traditional Cantonese opera is a “highly integrated” art which covers “folk song and dance”, “farce” and “talking-singing arts”. During its historical evolution, it has successfully absorbed other arts, including literature, poetry, music, folk song/dance, acrobatics, magic and martial arts. Traditional Chinese opera integrate these elements into one production and produce performances featuring a combination of these that are suitable to the storyline. 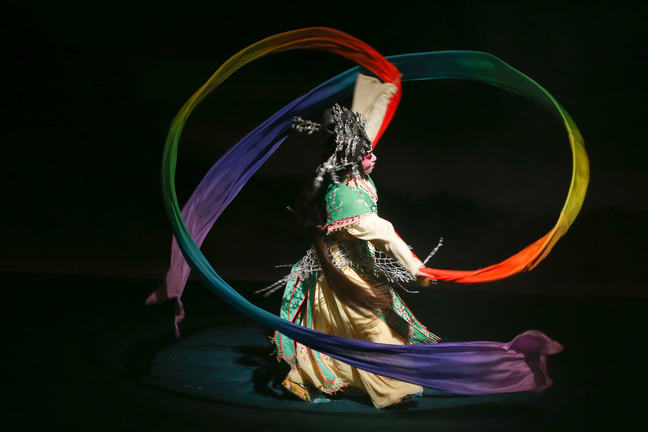 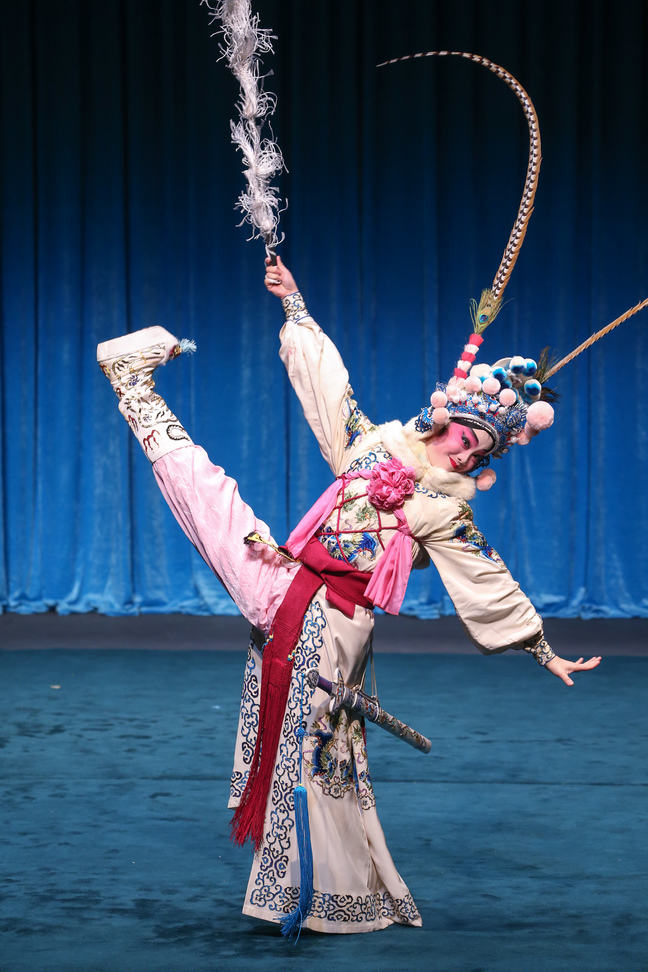 Actress simulating the action of riding a horse on stage

“Virtuality” is another trait of traditional Cantonese opera. This trait refers to the idea that although life may offer infinite possibilities, the performance stage has its own boundaries. Hence, the traditional Cantonese opera adopts “transformation” to help bridge the gap between the acting and the audiences’ imagination. For example, the action of opening/closing a door, riding a horse or dismounting a horse and so on, involves no actual door or horse on stage. These only exist in the imagination of the audience through the performers’ actions and performance. 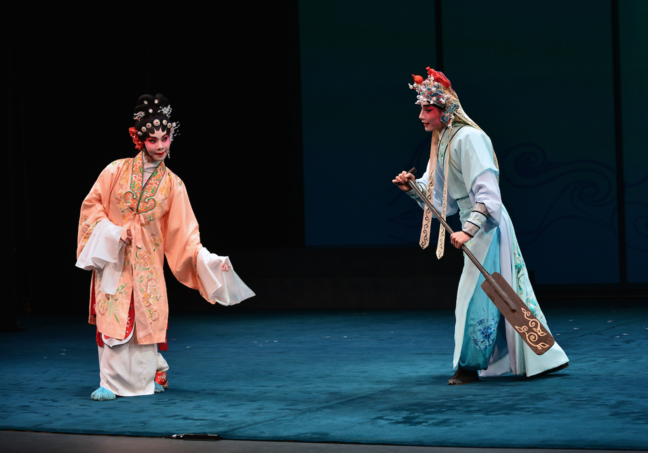 Simulation is similar to mime acting in some ways

Aesthetic sense is important to Cantonese opera performances. Even if a scene is about every life matters, performers would re-enact these with enhanced, and over-exaggerated approaches and techniques. Some motions can be presented as beautifully and visually as a rhythmic dance.

Performance procedures of traditional Chinese opera can be narrowed down to singing, speaking, acting and acrobatic fighting.

The procedures namely, singing, speaking, acting and acrobatic fighting can be referred to as the Four Skills and Five Movements of Cantonese Opera.

Cantonese Opera: from Backstage to the Stage