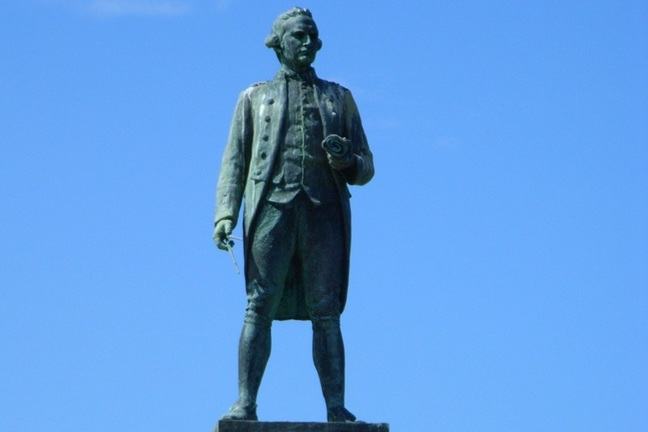 As we have started to see, there are many ways to view Cook, and many different ways of remembering him. Let’s look briefly at how one museum in Yorkshire explores the legacy of James Cook.

The Captain Cook Memorial Museum in Whitby, Yorkshire, is a small museum based in the house where Cook lodged when he was an apprentice. The museum attracts visitors from all over the world.

Miriam Shone, Community Liaison officer, explains that there is huge local pride in Cook as a man of humble origins. Their recent 2018 exhibition ‘Whitby in the time of Cook’ represents how Cook started as an apprentice and became a highly successful seaman in this strategically important town. As Miriam says

He rose through the ranks, and this really resonates with people.

In 2000 Captain Cook was voted ‘man of the millennium’ by readers of the Yorkshire Post [1] And in the 2002 BBC Greatest Britons poll he came 12th.

Let’s take a look at the museum’s visitor book and see what people say. We’ve split the comments up.[2]

‘Impressive. What courage they had.’ (visitor from Weybridge, UK)

‘Wow. An honor to be so close to the man who gave names to so many of our places.’ (visitor from Alaska)

‘Wonderful to see the place where Captain Cook learned his trade and made it possible for me to live in my beautiful country.’ (visitor from Aotearoa/New Zealand)

Several Australian visitors also comment on the lack of exhibits on Australia and Indigenous Australians.

How do you think where you come from might affect your perceptions of Cook?