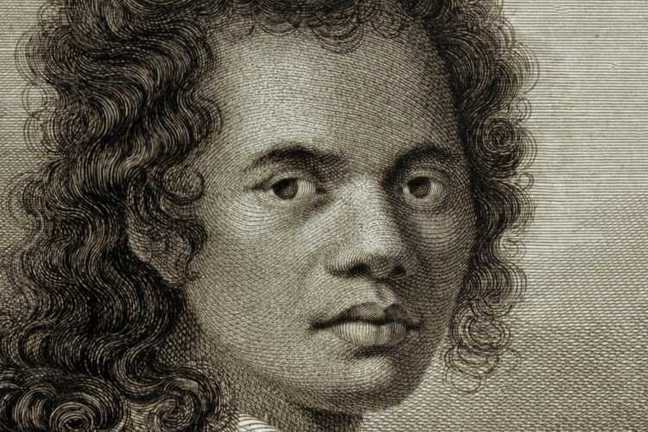 Omai, or Mai, a young Raiatean who joined the Adventure and was the first Polynesian to visit England. Engraving after a portrait by William Hodges.

We have seen how Cook was issued with two sets of instructions that were not always aligned. Over the three voyages to the Pacific Cook’s actions were sometimes met with censure or confusion by his crew and his hosts.

Let’s look at understanding Cook’s actions through this case study.

The incident at Grass Cove

Cook commanded a second voyage to the Pacific in 1772 on the Resolution, this time with a companion ship, the Adventure. The official reason for the voyage was to sail as far South as possible and finally confirm that there was no terra Australis incognita, unknown land of the South. However, during a storm off the coast of Aotearoa/New Zealand, the ships became separated for the remainder of their voyages. The Adventure returned to England in 1774 and the Resolution in 1775.

On 17th December 1773 the Adventure stopped at Wharehunga Bay, Queen Charlotte’s Sound. Ten crew members were sent ashore to collect fresh greens from ‘Grass Cove’, vital for keeping scurvy at bay. When the crew had not returned by the following morning, ten marines and Lieutenant James Burney were sent to search for them.

The official report of James Burney to Captain Furneaux describes what they found. Read Lieutenant James Burney’s Log from 1773 [1] by going to the Downloads section below for the detailed account.

In October 1774 Cook and the crew of the Resolution landed at the Cove. They hear rumours of an incident with a European ship’s crew, but did not consider the stories relevant to them. Once back in England Cook was informed of the incident.

In 1776 Cook embarked on his final voyage to the Pacific, again as captain of the Resolution, with the companion ship Discovery. Resolution anchored at Ship Cove in Queen Charlotte’s Sound in February 1777.

The Resolution’s crew heard stories of what had happened to the ten men on the Adventure. The consistent story seemed to be that the crew were eating on the shore, a Māori man had traded a stone adze with one of the sailors, but the sailor had taken the adze and refused to give anything in return. The Māori man took some of the sailors’ bread. One of the sailors then fired his musket, killing the man. Another sailor also shot a Māori man who was taking a jacket from the boat.

The Maori leader Kahura then called for re-enforcements and the Adventure’s sailors were overpowered and killed.[2]

Knowledge of the incident impacted on the relationships between the men of the Resolution and Discovery, and the local Māori.

Cook noted in his journal that the Māori at first seemed reluctant to come aboard the ship.

We had not been long at anchor before several Canoes filled with natives came alongside the Ships, but very few of them would venture on board; which appeared the more extraordinary as I was well known to them all… It appeared to me that they were apprehensive we were come to revenge the death of Captain Furneaux’s people: Seeing Omai on board, whose first conversation with them generally turned on that subject; they must well be assured that I was no longer a stranger to that unhappy affair.” [3]

And he also notes that he put new precautions in place.

I appointed a guard of ten marines and ordered arms for all of the workmen… a boat was never sent any considerable distance from the Ships without being armed and under the direction of such officers as I could depend upon and who were well acquainted with the Natives. Some of these were precautions that I had never taken before in this place, nor were they, I firmly believe, more necessary now, but after the sacrifice which the Natives made of the boats crew belonging to Adventure in this place… it was impossible, totally, to divest our selves of apprehensions of the same Nature.” [4]

Cook seems to lay the responsibility on the Adventure’s sailors for being too quick to fire their guns.

If these thefts had not, unfortunately, been too hastily resented no ill consequence had attended, for Kahoura’s greatest enemies… owned that he had not intention to quarrel, much less to kill.” [5]

Cook did not seek revenge for the deaths of the Adventure’s crew.

I did all in my power to assure them of the continuence of my friendship, and that I should not disturb them on that account.” [6])

as to what was past, I should think no more of it as it was some time sence and done when I was not there, but if ever they made Second attempt of that kind, they might rest assured of feeling the weight of my resentment”. [7]

Not only did Cook not seek revenge, but he also did not punish the chief Kahoura, who was believed to have been involved, when Kahoura visited Resolution.

Amongst those occasional Visiters was a Chief named Kahoura, who headed the party that cut off Captain Furneaux’s boat and who himself killed the officer that commanded. To judge of the character of this man by what some of his Country said of him, he seemed to be a man more feared than beloved by them: many of them said he was a very bad man and importuned me to kill him, and I believe that they were not a little surprised that I did not, for accord[ing] to their ideas of equity this ought to have been done”. [8]

He repeats the sentiment later.[9]

The crews of Resolution and Discovery were frustrated and angry at Cook’s refusal to avenge the deaths of their peers. New Zealand academic Anne Salmond, in her book ‘Trial of the Cannibal Dog’ details how aboard the Discovery they held a mock trial of a New Zealand dog accusing it of cannibalism. The dog was found guilty and eaten. This has been interpreted as a safe way of the sailors venting their frustrations.[10]

Cook also writes that Omai (a Ra’iatean who had visited England on board the Adventure) exhorted him to take vengeance on Kahoura.

Why do you not kill him? You tell me that if a man kills another in England then he is hanged for it, this man has killed ten and yet you will not kill him, tho a great many of his countrymen desire it, and it would be very good” [11]

The refusal to take revenge impacted on relationships with local Māori, the Europeans were no longer respected and the terms of trade changed. Lt Burney wrote:

It seemed evident that many of them held us in great contempt and I believe chiefly on account of our not revenging the affair of Grass Cove, so contrary to the principles by which they would have been actuated in the like case” [12]

New Zealand academic Anne Salmond suggests that this refusal to avenge the deaths of his people caused concern, confusion, and ultimately a lack of respect from the Māori.

From a Māori point of view, the killing and eating of his men was an attack on the mana of his people, which demanded immediate retribution. If Cook, with his ships full of weapons and warriors, did nothing to avenge his men, then he and his companions must be taurekareka [slaves, people without mana or spiritual power]… when he did nothing, they were contemptuous. They began to demand gifts without offering anything in return, as though the British were indeed taurekareka.”[13]

The Māori dictionary describes the concept of utu in the following way. It is useful for understanding the wider implications of Cook’s lack of vengeance.