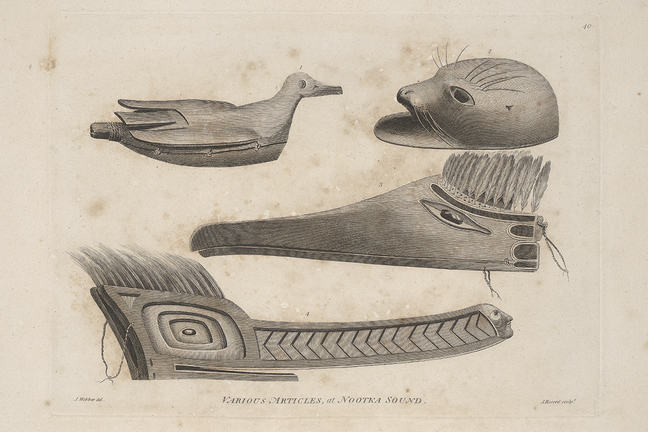 Economic Exploitation and its impacts

As European governments colonised the lands of the Pacific, individuals saw opportunities and voyaged to seek their fortune. Here is a selection of the resources of the Pacific that were exploited by traders in the 19th century.

It was on Resolution/Discovery that British sailors realised that they could trade for sea otter furs on the Northwest coast of America, and then sell these for a profit in China. By the 20th century, the sea otter faced extinction.[1]

Captain Sir Nathaniel Portlock, who accompanied the voyages of Cook and later conducted several separate trading voyages, is seen in the image below holding what are certainly intended (from knowledge of the voyage) as a string of glass beads. He is apparently bartering with a man of Nootka Sound. 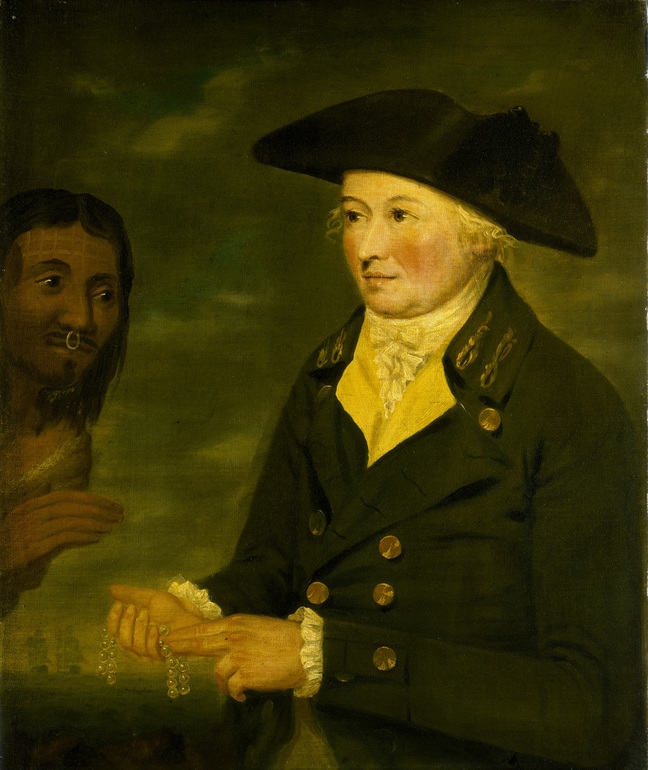 Captain Nathaniel Portlock c. 1747-1817. In his right hand he holds a string of what are certainly intended as glass beads, and is apparently bartering with a native of the Canadian North-West, partly out of frame on the left. This figure has now been identified as a man of Nootka Sound

From the 1790s communities in New England launched whaling expeditions into the Pacific Ocean, and British colonies in Australia became bases for whaling. The spermaceti found in the head of the sperm whale was used in candle making and medicinal ointment. Whale numbers too plummeted until conservation efforts in the late 20th century.[2] 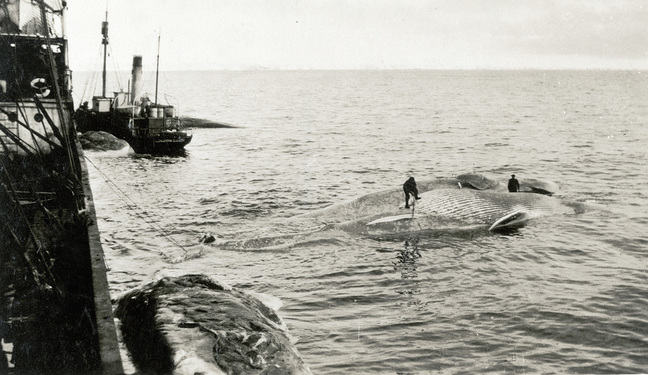 Photo of two men working on a dead whale alongside the ship Sir James Clark Ross. 1905

Bêche-de-mer, or sea cucumbers, lived abundantly on the shallow reefs of Pacific islands. They were not eaten in the Pacific, but were considered a delicacy in China. Shore stations were established to collect and process the marine animals, but the gathering was often done by the local communities.[3]

There was also a market in China for sandalwood. Initially exploitation of sandalwood focused on Fiji, but when supplies were exhausted the traders moved to the Marquesas, Hawaii, Vanuatu and New Caledonia. [4]

Seabirds and bats had lived undisturbed on uninhabited Pacific islands for millennia. Their colonies had created mountains of nutrient rich fecal waste, which was recognised as being an effective fertiliser. [5] Originally the trade in guano was dominated by Peru, but American farmers, dependent on the fertiliser, were concerned about high prices. Lobbying from American farmers saw the United States declare the Guano Islands Act of 1856.

The Act allowed citizens of the United States to take possession of uninhabited islands with supplies of guano. Some have seen this legislation as an act of imperial expansion by the United States, and several of the islands have since proved to have strategic significance.[6]

These trades did not only decimate natural resources and wildlife, they also impacted on the local populations. Trade meant more frequent or prolonged contact with Europeans. These traders required food and water, and traded for supplies with the indigenous populations, drawing on their resources. [7] As we have seen in earlier steps, contact with Europeans brought disease to indigenous communities with no immunity, often devastating populations.

In the next step we will consider one of the darkest consequences of the expansion of trade in the Pacific: the enslavement of islanders.