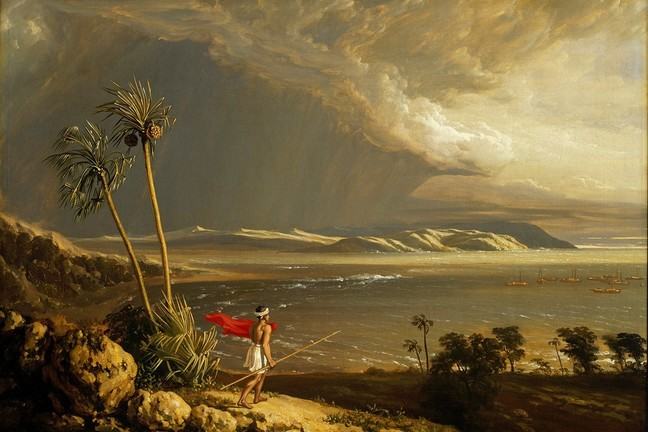 In this step we will consider how the artworks of William Westall present the Pacific, and how his works link to colonisation.

William Westall was the official landscape artist on board Matthew Flinders’ expedition in the Investigator, which made the first circumnavigation of Australia in 1801-1803. A late addition to the scientific team, he was approached by Sir Joseph Banks to serve on the voyage at just 19 years of age when still a student at the Royal Academy, after other artists had withdrawn.

On the Investigator Westall travelled to Madeira, the Cape Colony, and on to Australia. There he found the landscape not to his liking. He only produced 140 drawings during the voyage, mostly on the Northern and Eastern coasts of Australia, with limited examples from the Southern coast.

During the journey the Investigator became rotten and the ship had to be condemned. Westall accompanied Flinders on the HMS Porpoise to return to England to request a new ship. The Porpoise was wrecked off the coast of Queensland and the crew were marooned on a narrow sandbank for almost three weeks. Westall returned with Flinders to Port Jackson, then chose to travel on to Canton (Guangzhou).

As Westall continued through China and then India, he was still being paid by the British government and was therefore not allowed to do so without permission. He wrote a letter to Banks to explain his decision to travel on, complaining that he had found the Australian landscapes uninspiring. The Admiralty terminated his employment and told him to make his way home.

In 1804 Westall returned to Britain, to find that Flinders, who had taken an alternative route home, had been imprisoned on Mauritius by the French. In absence of commissions relating to the drawings he made during the expedition to Australia, Westall travelled to Madeira and Jamaica, returning again to Britain in 1806.

By 1809 the Admiralty were under pressure to produce results from the voyage of the Investigator, but Flinders had still not been released. The Admiralty commissioned Westall to make ten oil paintings based on his drawings from the voyage,[1] which he produced between 1809-1812. He exhibited some of these in 1810 and again in 1812 and as a result he was elected as an associate of the Royal Academy.

The finished paintings were heavily manipulated to create compositions that reflected favourable visions of the Australian landscape in the picturesque style of the time. In some examples, such as Part of King George III Sound on the south coast of New Holland, the artist combined elements from different drawings to create new scenes. 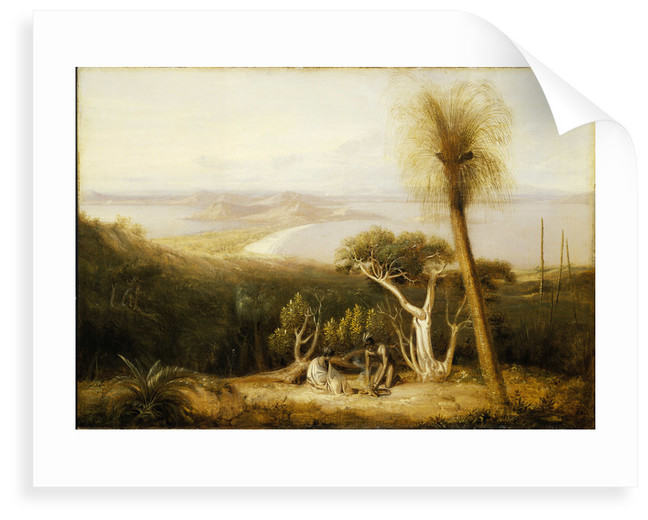 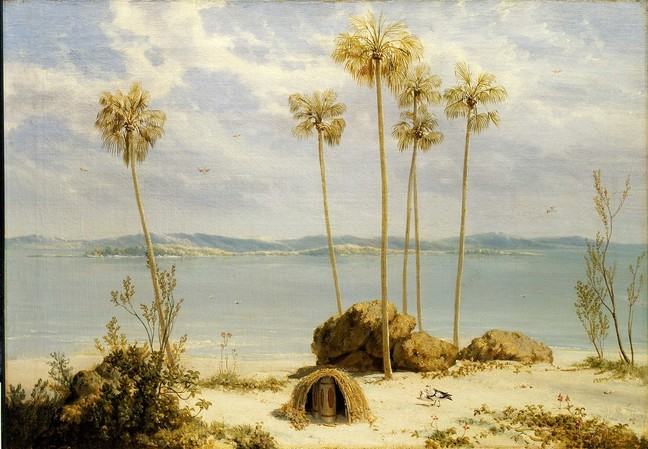 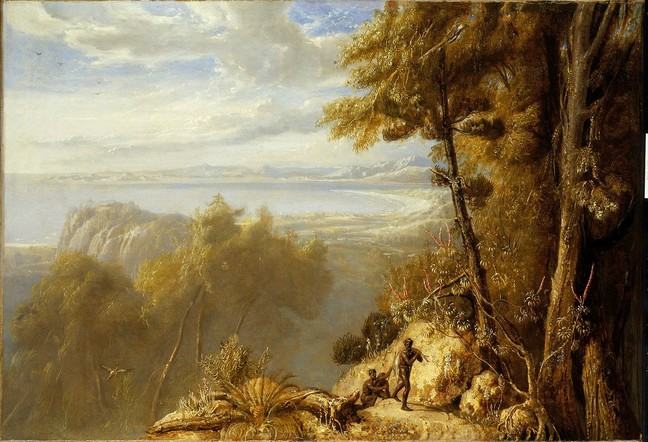 All ten paintings were transferred to the National Maritime Museum in 2017, from the Ministry of Defence Art Collection.

A Voyage to Terra Australis

Flinders returned to Britain in 1810 and the following year began work on A Voyage to Terra Australis. Eight of Westall’s paintings became the basis for engravings that were included in the final work, published in 1814 just after Flinders’ death. Westall separately published nine engravings after these paintings in his own Views of Australian Scenery (1814).

Later in his life Westall became allied to those pushing for the establishment of a British colony in South Australia. Despite the reservations that he had shown during his own travels to these lands, in the 1830s he contributed his recollections to a pamphlet that actively encouraged emigration to the region, also producing six engraved images as an accompaniment.