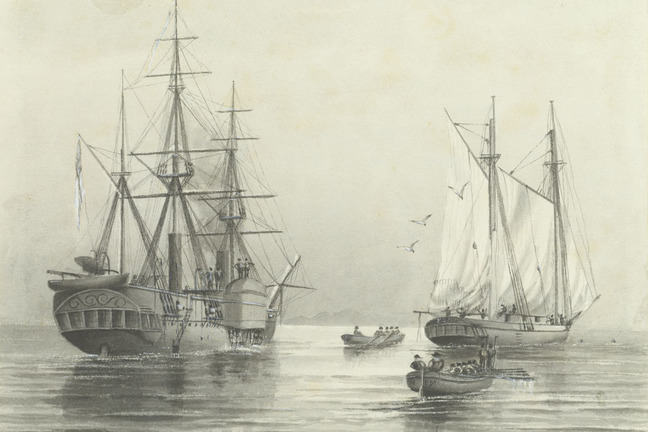 A history of slavery in the Pacific

As the nineteenth century progressed there was an increased interest in tropical products for sale in Europe. Settlers in Australia and the Pacific took advantage of these new economic opportunities.

But conditions were harsh, as was recruitment of labour, and settlers resorted to coercion and deception, kidnapping thousands of islanders from their homes.

This form of human trafficking was openly practised throughout the Pacific over a period of 50 years between 1847 – 1903. More commonly known as ‘blackbirding,’ the acquisition of labour forces was referred to as ‘recruitment’ but involved removal or kidnapping of people from their own islands by force resulting in the severe depletion of island populations and the displacement, abuse and death of many thousands of ‘kanaka.’ [1]

Blackbirding was a mechanism of monetary gain through exploitation of human life for colonial industry. People were put to work in colonial sugar plantations, mines, cotton farms, whaling stations and in the trade of sandalwood [2] and copra across the Pacific, including New Caledonia, Fiji, Samoa, Peru and most prolifically in Australia. Thousands of indentured labourers were also taken from India to Fiji, a British colony, to work on sugar plantations. 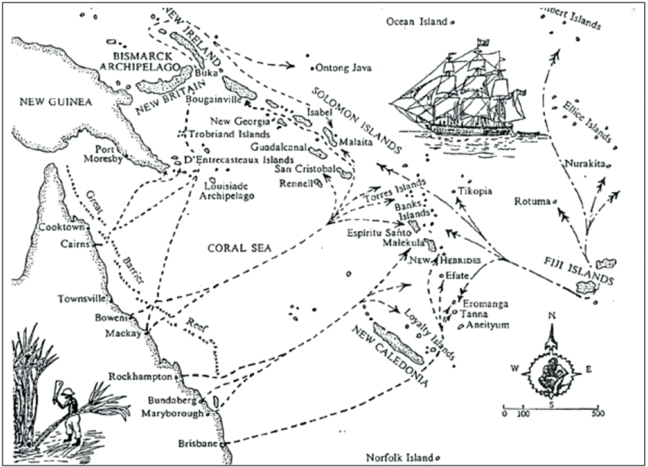 In Britain and America abolition and emancipation movements were growing momentum and succeeding: Britain’s Slavery Abolition Act (1833), Abraham Lincoln’s Emancipation Proclamation (1863). However, it was not until the 1868 Polynesian Labourers Act that Queensland formalised processes of indentured labour. In many cases, the process of labour acquisition did not change, and there was little understanding in the terms of engagement by those that signed contracts and responsibility to the protection of human life remained minimal.

Over this period in Australia alone, approximately 62,000 people were acquired from over 80 islands in the Pacific including New Caledonia, Gilbert and Ellis, Solomon Islands, Vanuatu and Papua New Guinea. Blackbirds were transported by boats owned by businesses including Colonial Sugar Refinery, the Burns Philp shipping company, politicians, plantation owners and a Queensland Premier [3]. Due to the unsafe, unsanitary and dangerous conditions more than 15,000 (one in four), died while working or in captivity.

The Pacific Island Labourers Act of 1901, in an effort to ‘protect’ white Australian workers from the threat of cheap labour, banned further recruitment of ‘kanaka’ and mandated a mass deportation of 10,000 indentured labourers back to the Pacific. These reforms were later to be known as the White Australia Policy. Only 2,500 islanders avoided deportation between 1906 and 1908.

For more information go to the See Also section below.