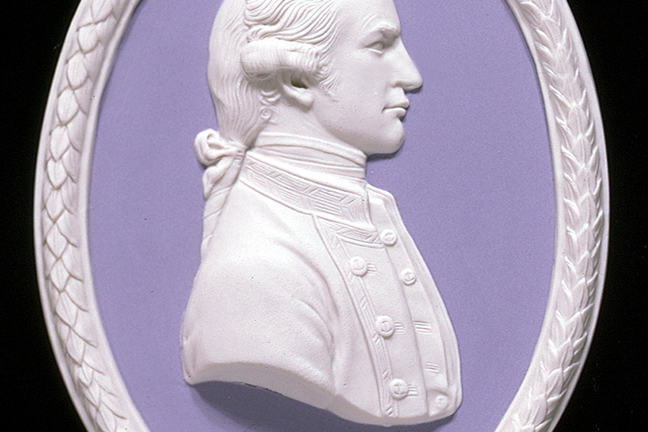 Early commemoration of Cook in the UK

We have already seen how the voyages commanded by James Cook captured public imagination. The publications became bestsellers and the artworks were displayed in exhibitions, print shops, and private homes.

Cook had sat for portraits, notably one commissioned from Nathaniel Dance by Joseph Banks. While on the Resolution / Discovery he was included in a series of medallions featuring ‘illustrious moderns’ by Josiah Wedgwood.[1]

However, Cook’s death gave a new dimension to the memorabilia related to Resolution / Discovery and arguably, became a new focus.

News of Cook’s death reached London in January 1780, nearly a year after he was killed in Hawaii. The news took the form of a letter from Charles Clerke, who took over as captain.

With Resolution and Discovery still on the voyage back to Britain, newspaper reports consisted of erratic information and were often confusing or contradictory.[2] This sporadic information, together with Britain’s attention being diverted in war, might offer some explanation why there was not a co-ordinated national response in the form of honours or a memorial.

While there was no national memorial, Cook was remembered, celebrated, mourned and commemorated in a variety of media.

It’s not possible here to give a comprehensive view of the myriad ways in which Cook was remembered in the years following his death. Below are a few examples from the late 1700s.

Elegies are poems written to lament the dead. In the 1780s they were written and published for a mass readership, and often featured well known figures. A number of poems and elegies were written about Cook and specifically his death. One popular example is that by Anna Seward, published in the summer of 1780.[3] You can see an original printed version by clicking on the Downloads section below this article.

John Webber was the official artist on the Resolution/Discovery voyage. As with previous voyage, the artworks were engraved and printed. These prints were displayed in print shop windows, as well as the homes of those who could afford them.

In 1784 the Royal Academy exhibition displayed two paintings of the death of James Cook (Johann Heinrich Ramberg and C Grignion Jr) and A party from the Resolution on Captain Cook’s last voyage, Shooting Sea Horses by Webber. A third ‘Death of Cook’, by George Carter, was submitted but not displayed. 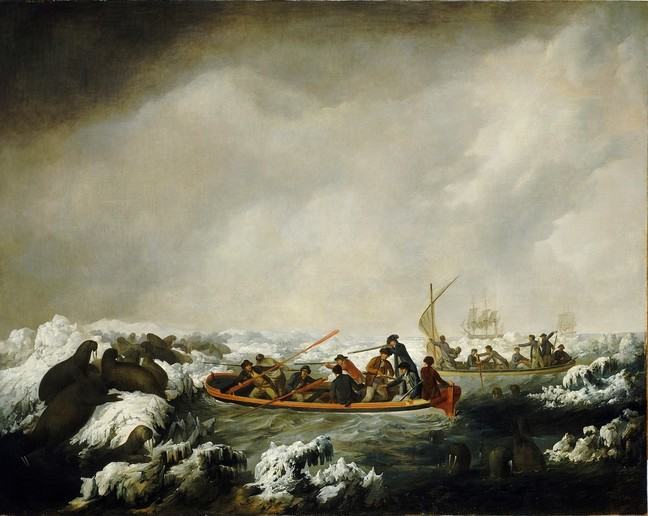 We will consider artistic representations of the death of Cook in the next steps.

In 1785 a stage production called Omai, or, a Trip round the world opened at Covent Garden, produced by Philippe Jacques de Loutherbourg. The production presented Cook as peaceful and just, and ended with a painted backdrop of Cook being raised to Heaven. The image was circulated as an engraving in 1794. The production is thought to have been seen by tens of thousands.[7] 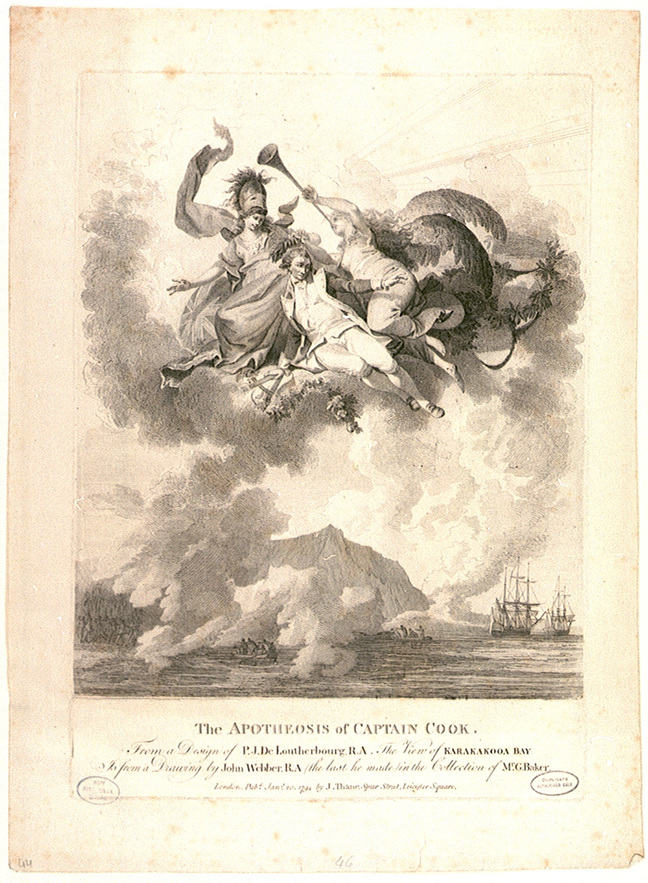 The Apotheosis of Captain Cook, From a Design of P.J. De Loutherbourg, R.A. 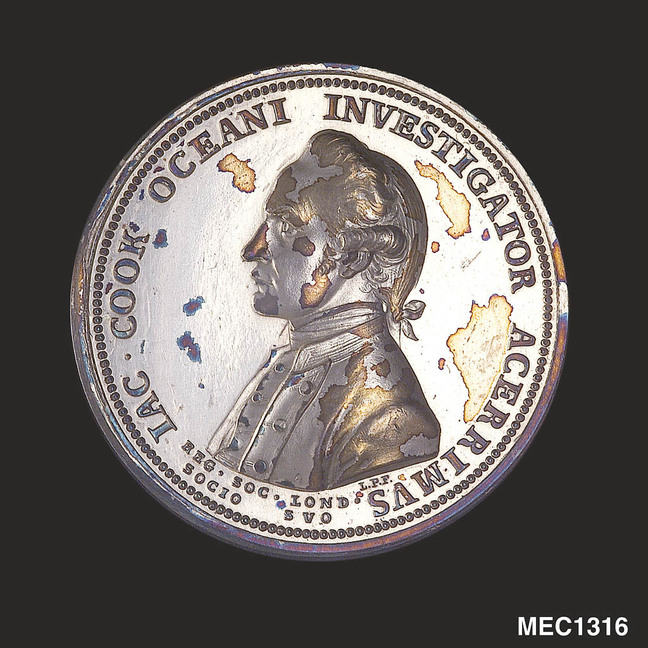 The Royal Society commissioned medals commemorating James Cook. They were struck in gold, silver and bronze, but paid for by individual subscribers. The inscription translates as ‘James Cook, the most intrepid investigator of the Oceans’.[9]

A number of private memorials to James Cook were raised in private homes. Notably, Sir Hugh Palliser’s estate at Chalfont St Giles, where a globe is inscribed:

‘To the memory of Captain James Cook the ablest and most renowned Navigator this or any country hath produced’,
‘He raised himself solely by his merit from a very obscure birth, to the rank of a Post Captain in the Royal Navy,and was unfortunately killed by the Savages of the island Owhyee on the 14th of/February 1779 …’

You can read the full inscription.

There were calls for a public monument to Cook in the decades after his death, but none was realised. In 1780 sculptor Thomas Banks (no relation to Joseph Banks), designed a monument and displayed his design in the Royal Academy exhibition. 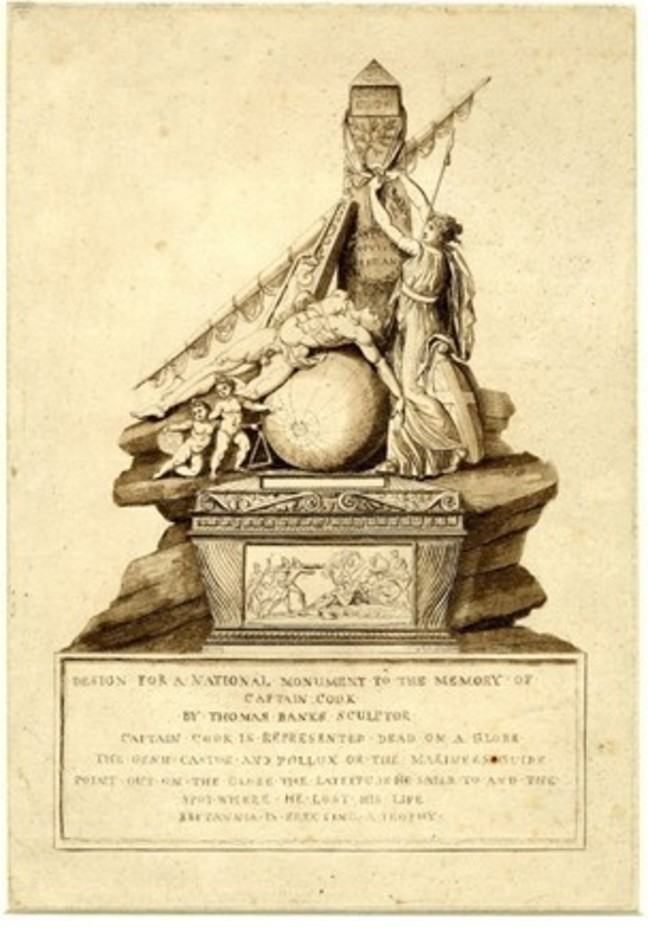 Cook may have not been the hero the Admiralty was seeking – perhaps because of his lower class, or because of his fewer martial endeavours. The American War of Independence (1775-83) was being fought at the time. [11]

A statue of Cook was only unveiled in London in 1914, opposite the Admiralty offices, arguably encouraged by the letters of Sir Joseph Carruthers [12], a political leader in New South Wales. 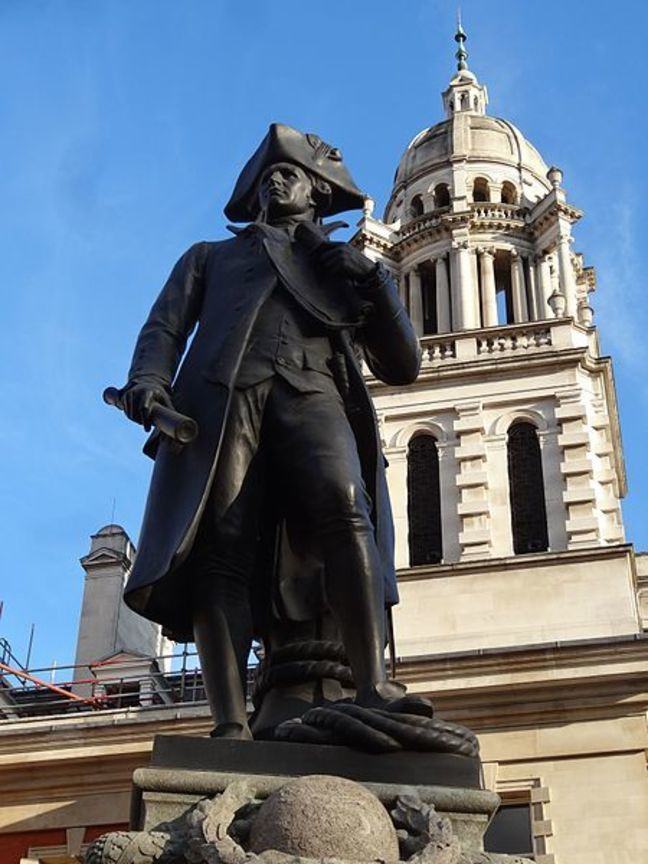 Statue of Captain Cook in the Mall, London