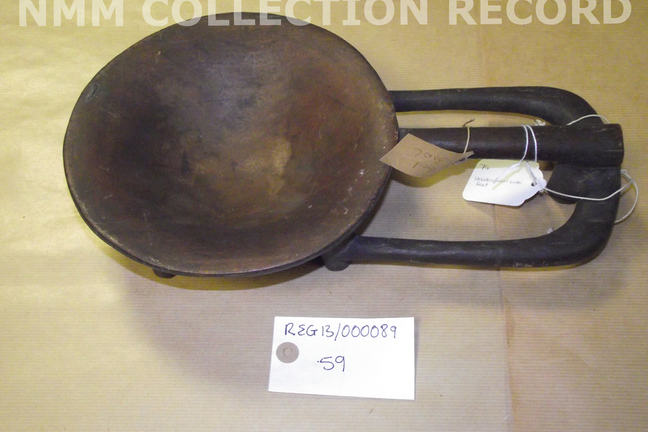 Before we consider the role of museums in Cook commemoration, we need first to consider how objects come to be in a museum.

There are more than 2500 objects known to have arrived in Europe on the voyages commanded by James Cook, now in European museums.[1] But how did they get here? The language often used in museums and books is that the objects were ‘collected’ by the sailors on the voyages, as well as by Cook, and the artists and scientists, but this word hides the mode of acquisition.

The ‘objects’ we refer to are better described as taonga. Taonga is a Māori word that roughly translates as ‘treasures’. The Māori dictionary defines taonga as:

The Māori word is readily used throughout the Pacific, but mainly in Aotearoa/New Zealand. Not all Pacific objects in museums are Taonga.

Sometimes taonga were traded for an object considered of equal value: this might be beads, red feathers, nails, or weaponry. This also happened within a wider context of Europeans seeking to trade for supplies of food and water.

Many societies in the Pacific observed a complex system of gift giving and exchange. The layered meanings and obligations inherent in receiving a gift were different to those in Europe, and it is likely that both sides were engaging in exchanges without appreciating the meaning for the other participant.

For example, a gift might require a return gift of equal or greater value or the gift may facilitate a personal relationship to the giver with other layers of social obligation. The implication of this is that many taonga given to Europeans were received without the obligations being met: the Europeans, potentially over a longer period, did not honour their end of the exchange.

Sometimes Europeans simply took what did not belong to them. This could be the taking of fruit from a sacred tree, or could be the removal of an object without the consent of the owner. There are several high-profile examples of communities campaigning for the return of taonga on the grounds that they were taken without permission.

As we have seen in Week 3, missionaries might be given taonga to destroy or to send back to Europe to further the missionary cause. They might also confiscate taonga as part of the conversion process.

Once back in Europe, objects entered museums typically through donation or purchase.

Some sailors sold or auctioned the taonga they had collected – David Samwell, Assistant Surgeon on Resolution/Discovery auctioned off 248 lots in 1781. [3]

Several voyagers donated their collections to museums or academic institutions to be researched or put on public display. Banks to the British Museum, Webber to the library in Bern, Johann Reinhold Forster to the University of Oxford, and Lord Sandwich to Trinity College Cambridge.[4]

In 2013 the National Maritime Museum was gifted the collection of the London Missionary Society.

Should they be here?

The result is that European museums have in their collections precious and prestigious taonga from across the Pacific. Many people question whether these taonga should remain in European museums or if they should be returned to their communities.