This content is taken from the University of Strathclyde & CELCIS's online course, Caring for Children Moving Alone: Protecting Unaccompanied and Separated Children. Join the course to learn more.
View course
1.7 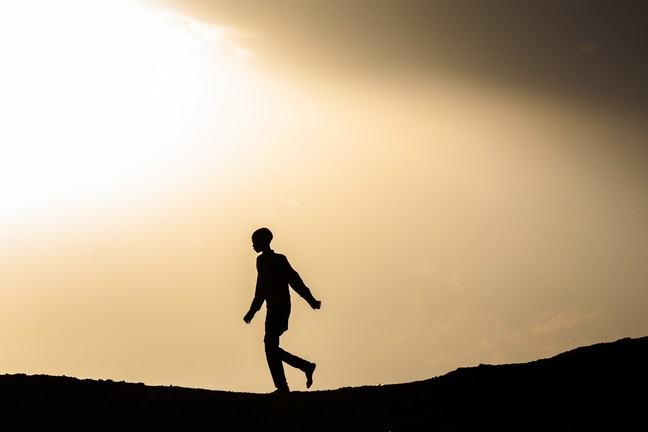 A child walks at sunset through the Protection of Civilians (PoC) site in Bentiu, South Sudan.

The children we are concerned about

Who are the children we are concerned about on this course? Who are ‘unaccompanied and separated children’ and ‘children on the move’?

The United Nations (UN) Convention on the Rights of the Child regards everyone under the age of 18 as a ‘child’. Sometimes children are referred to as ‘minors’.

There are many children who are on the move having left the place they usually live and are on their way to a new destination. They move for a variety of voluntary or involuntary reasons. They might move in their own country or in a different country.

Some children move with one or both parents or the principal adult who by law or custom is responsible for caring for them – their legal/customary caregiver. But others move alone. The phrase ‘by law’ recognises that some children are looked after by a person who is not their parent but has been given responsibility of care through a legal procedure. The Interagency Working Group on Unaccompanied and Separated Children, Alternative Care in Emergencies defines a ‘customary’ caregiver as ‘someone that the community has accepted, either by tradition or common practice, to provide the daily care, protection and supervision of a child’ but have not been given this responsibility through any legal procedure.

Although every child on the move has a right to care and protection, in this course we will focus on a very specific group of children on the move – unaccompanied and separated children – and particularly those who have left their own countries.

Unaccompanied children are children who are not accompanied by either their father or mother and are not being cared for by an adult who is their legal/customary caretaker.

Other children begin their journeys with their parents or other family members, but become separated from them while travelling. They become unaccompanied as a result.

Unaccompanied and separated children on the move might be refugees or they might be migrants. A refugee is someone who has fled war, violence, conflict or persecution and has crossed an international border to find safety in another country. The International Organization for Migration defines a migrant as a person who is moving or has moved across an international border or within a State away from their usual place of residence, regardless of the person’s legal status, what has caused their movement, or whether they have moved voluntarily or involuntarily.

During the course, we will also be thinking about children who are travelling with their parent/s or legal/customary caregiver but might be at risk of serious harm, and, for protection reasons, may need to be separated from them.