The heat emitted to the atmosphere by the Gulf Stream, and its extension into the Norwegian Sea, is an important reason for the mild climate in Norway and large parts of western Europe.

Climate fluctuations and changes in our region are closely linked with the heat that is transported from southern latitudes by ocean currents as well as the general wind pattern. Without the Gulf Stream and the westerly winds, Norway would be 10-15C colder.

What is the Gulf Stream?

The Earth receives more heat from the Sun at the equator than at the poles. This imbalance is compensated by heat being continuously transported towards higher latitudes via the large scale circulation of the ocean and atmosphere. In the North Atlantic, the Gulf Stream, and the horizontal gyre circulation, plays a key role in creating our mild climate due to the persistent westerly winds bringing the warmth from the ocean across to much of continental Europe. 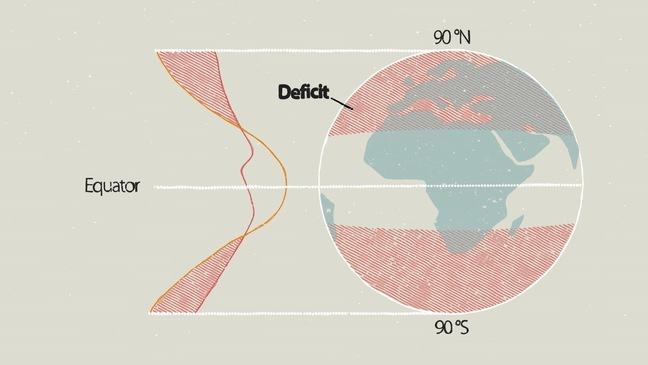 The Gulf Stream originates in the Gulf of Mexico where it picks up heat before it travels through the North Atlantic Ocean to the Norwegian Sea, where much of the heat is emitted to the atmosphere. The warm surface current is balanced by a colder, southbound return current in the deeper layers of the Atlantic Ocean, as well as a southward recirculating current at the surface in the eastern part of the basin. 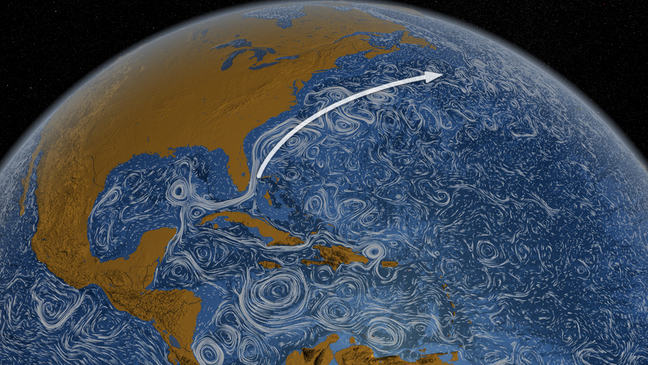 By the time the warm ocean current of the Gulf Stream reaches the latitudes off the coast of Norway, it has cooled significantly. This means it is denser, or heavier, and will gradually sink and mix with waters below, forming a deeper southward return flow of water of higher density (this water is known as North Atlantic Deep Water). 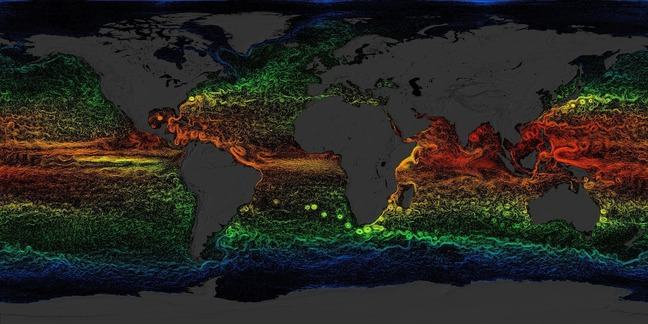 What happens if the Gulf Stream stops?

A possible consequence of man-made global warming is a disruption of this circulation and production of deeper dense water in the high latitudes of the North Atlantic. For example, extensive melting of the Greenland ice sheet could produce a large volume of fresh surface water over the North Atlantic and Nordic Seas. As the newly formed meltwater is fresh it is less dense than the relatively salty water entering the Norwegian Sea via the Gulf Stream. In this case, the surface layer will be lighter than the underlying water and the sinking and transformation of water will cease.

In the event of a collapse, climate in Northern Europe could approach a mean climate more than 5C colder than present. Simulations with climate models indicate the the Gulf Stream system can weaken by about 10-30% in the course of the current century if the rate of global warming continues. This will reduce the transport of heat from the tropics to high northern latitudes by the Atlantic Ocean. However, as atmospheric temperatures are also rising due to an increase in greenhouse gases, the local cooling due to reduced ocean heat transport will be compensated and for Norway, temperatures will rise even with a weakened Gulf Stream.