0:11Skip to 0 minutes and 11 seconds SHEILA: Often there isn’t a very clear diagnosis. For a very large percentage of people, there isn’t a clear diagnosis, a clear cause. But there is an understanding that development is impaired in some way. So trying to achieve an understanding so that parents and other supporters actually understand what it is that is different about the child and what the implications of the diagnosis are is really important. Let me give you some examples. I mean it might start, for example, with prenatal diagnosis of Down syndrome. It might be a diagnosis which happens at the age of 2 when a child isn’t meeting their milestones. It may be complicated by the co-occurrence of epilepsy, for example, in a child of 5 or 13.

1:03Skip to 1 minute and 3 seconds It may become apparent that the child also has vision or hearing impairments as well, which again further complicate any expectations about how the child is going to learn to thrive and how the parents are going to support them to help the child to thrive.

1:24Skip to 1 minute and 24 seconds TRACEY: The reason I work with kids is because they constantly surprise you. So a diagnosis doesn’t define the child. But it certainly sometimes it gives peace of mind to the parent and an answer. But sometimes it’s got slightly different outcomes to what they expected. Working through that with them has been important.

1:44Skip to 1 minute and 44 seconds SURESH: The most important challenge, especially in a low- and middle-income country setting, would be values and beliefs of the parents. So if we are going to say that this is the problem, and this is what you’re going to do, the next question from the parents will be so is it going to be lifelong. And if you say yes, then they’re not going to come back to you, or they’re not even going to come back to any clinical or medical practice. They might actually end up going to a black magician. So it depends on the values and beliefs. And sometimes we should respect their values and beliefs, understand them. Listening is again more important. I think communication is a key challenge.

2:27Skip to 2 minutes and 27 seconds And you have to be prepared, and a bit of experience is required to understand the context and then communicate in an appropriate way.

2:34Skip to 2 minutes and 34 seconds MARIA REGINA: The challenge is also to understand the background, where the parents come from, what are the information they were already given by other health professionals. Sometimes health professionals give false hope, for example that the child will be able to walk soon or will be independent soon, when we find out that the child had a severe disability. So it becomes quite challenging to explain to the parents that there are challenges in the child development, and that they will need to take it a bit easy and to do some activities along the way.

3:16Skip to 3 minutes and 16 seconds SHEILA: Another aspect of diagnosis is that the way in which the diagnosis is shared and understood between health professionals and parents is critically important. So the best way to give the news that a child is different in some way is to be able to say to the parents something in a very respectful way of the child, because however different the child is, one of the primary needs of parents is to bond with that child, to form a close attachment. And anything that a health professional does which makes that bonding harder would be bad practice.

3:58Skip to 3 minutes and 58 seconds So to put it another way, anything a health professional does which improves the possibility, and helps parents to achieve a good attachment with their child, is going to have a huge impact in the years ahead both in childhood and in adulthood. And so that moment of sharing news is important.

4:15Skip to 4 minutes and 15 seconds SURESH: The other thing that I would say is very important is when you are communicating, communicate assertively. So there are things which you should not confabulate. So be as straight as you can in terms of helping them understand that this is the problem and these are the solutions that’s available. So it happens in most contexts where I come from that lots of people hesitate to communicate that this is going to be a long term permanent disability. They don’t want to actually– you don’t have to start with that particular statement, or the communication should not start off with such a negative– what can I say? Tone to it.

5:02Skip to 5 minutes and 2 seconds However I think it is important to be really assertive and then tell it in a way so that people can accept and understand.

5:09Skip to 5 minutes and 9 seconds ROXANNE: I think it’s important to be sensitive, especially when you’re the first point of access when they haven’t seen anyone else, to be sensitive that they actually don’t understand what has happened to their child. So going back to the subjective part of the examination where you ask what happened during the birth and therefore explaining what can happen as a result of what happened during the birth, and just being– I’ve found that friends really appreciate when you give them a detailed explanation in layman’s terms, not using medical terms such as birth asphyxia, saying things like lack of breathing at birth. So trying to simplify the English and being very, very thorough with your explanation helps them understand.

5:52Skip to 5 minutes and 52 seconds GORNMIGAR: Children are very dependent on their caregivers. So if you don’t make a really good relationship with the carers, that’s the end of your treatment, because nobody would bring the child to you. So I think you need to really make a very good relationship with the parents and everything will be much easier with the diagnosis and the treatment.

6:16Skip to 6 minutes and 16 seconds FRANCIS: I have always recommend the SPIKES protocol where you first make sure the setting is nice where you can have good discussions with them. The P there on the SPIKES is to manage the perception. The I is to get them to invite you to tell them the major thing you think is wrong with the child. The K is the knowledge, which is now to tell them broadly and in plain English exactly what you think is wrong with the child and related to the child’s symptoms. The E stands for empathy or emotion. So that is where you give them time to absorb that shock. And the S is to set the stage for follow up.

7:02Skip to 7 minutes and 2 seconds So this is where you now reassure them, tell them what the plan is.

7:28Skip to 7 minutes and 28 seconds SHEILA: For example, say our tests show that your baby is going to have Down syndrome. I don’t know whether you’ve known anybody with Down syndrome. Would you like to talk to some parents? Or meet some people with Down syndrome so you have an understanding about what that would mean? That’s one way of sharing that news. It’s going to be a more helpful way if parents decide that they want to go ahead with that pregnancy than to simply say, “bad news i’m afraid the child’s got Down syndrome, and we can do the termination tomorrow.” Now I know I’m making quite an exaggeration there. Nobody would be quite so unkind as to put it quite like that.

8:12Skip to 8 minutes and 12 seconds But if you think about what parents or a mother will actually hear when she’s told that news, that’s really critical. Another point might be that the child is born. It’s apparent immediately that there is something seriously amiss. If the paediatrician is holding the baby in a loving way and looking at the child with real respect, and talking about that child as if this is the most important person in the world, that’s a very, very different message than giving a message of a child who is in an incubator or a cot and talking about them as it were in the third person. That’s a very, very different message.

8:57Skip to 8 minutes and 57 seconds And so just thinking a little bit about the impact of this diagnosis on the life of this child and this family, and how you can help that child and that family really learned to love and grow.

In this step, we will hear from Sheila, Tracey, Suresh, Maria Regina, Roxanne, Gornmigar and Francis, healthcare professionals from across the world, who will share their experience and reflect upon the process of diagnosis and discussing the news with parents.

The assessment process is a difficult time for families, and it will often involve a number of visits to different healthcare professionals. Healthcare professionals must approach the process with honesty and empathy. It is important to be open throughout the assessment process, even if all of the facts are not yet known. Withholding information from parents will only exacerbate and prolong their concern, and can break the trust between a parent and clinician. 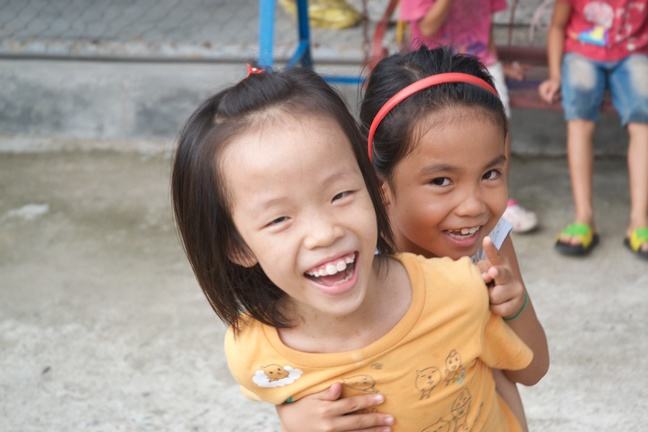 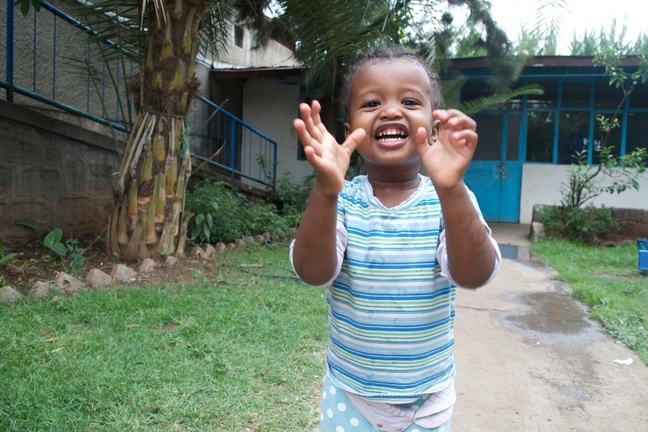 At times, healthcare professionals will not know the answer to a parent’s question, whether that be about the cause of the condition or the child’s prognosis. This is difficult to admit, as many professionals believe that they should reflect their status as an ‘expert’, in order to help a parent cope with the news. This means that some professionals hazard a guess.

Recognise that it is ok not to know the answer. Guessing is far more damaging than simply admitting that an answer is not known. It is ok to seek more time to review the child’s case or ask colleagues for a further consultation. As they say, “honesty is the best policy”.

As ever, we welcome you to discuss your own personal experiences in the comments section below.