In Week 2, we will take a historical journey to the 19th and 20th centuries China through cultural produces such as photos, films, stage plays and fictions.

Through those works, we want to explore the transformation of the ideal images of modern life styles and self-perceptions in China. In this week, we will not only learn the major historical moments in modern China but also begin to explore the concepts of ‘orientalism’ and ‘otherness’.

We have a glossary of terms for Week 2, which can also be found as a pdf file at the bottom of this page.

At the beginning of his famous book Orientalism, Edward Said describes the experience of a French reporter in Beirut in the 1970s.[1] 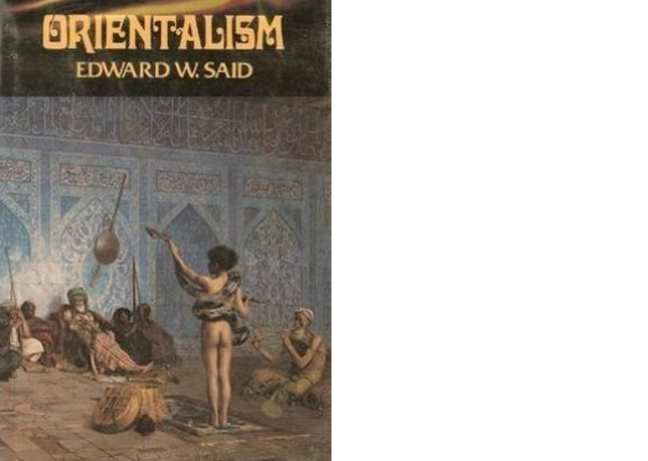 Through the eyes of Thierry Desjardins, the war-torn Beirut still reminded him of ‘the Orient of Chateaubriand and Nerval’. Said then points out that the idyllic representation of the exotic Orient is a ‘European invention’, which is of significance not to the Lebanese people but Thierry and his French readers.

This story brings forward one of the most important concepts for this session, the Other. In Said’s discussion, the Orient is one of the ‘most reoccurring images of the Other’ for the European intellectuals. To Western observers, the Orient emerges from both Western imaginations and experiences of the non-Western world in the East. In this sense, the Orient is the Other of the West. Friedrich Hegel, a German philosopher introduced the concept of the Other as a part of self-consciousness. This expression reveals the self-centric characteristic of the idea of the Other, which could be seen as a projection of the Self to the outside world. It is through the relation between Self and the Other that we could comprehend our existence.

To put it very simply, the Beirut that Thierry described was a reflection of Thierry’s cultural upbringing. The image of Beirut that Thierry painted for the readers is a gateway to understanding not the ‘reality’ of Beirut but the self-consciousness of Thierry and possibly even the shared consciousness unique to the people with similar cultural upbringing.

When scholars in humanities or social sciences use the Other, they often refer to the relationship between two seemingly contradicting identities. Since it implies a relationship with self, the Other could, in theory, be anything. Sometimes, the Other might not be readily identifiable. One way to approach this problem is to try to identify anything in the context which is different from what you perceived as the ‘norm’. In this session, we recognise images of an ideal person created in Chinese literature and art as the Other of both their creators (authors/artists) and their readers.

Now let us come back to the concept of ‘stereotype’, which was a cornerstone of Week 1 of this course.

As a widely studied topic in the field of social psychology, stereotyping has long been recognised for its function as a cognitive process to comprehend information about outgroups. Ashmore and Del Boca once provided a simple definition for ‘stereotype’, which was seen as ‘a set of beliefs about the personal attributes of a social group’ [2]. In this session, we will use this definition and view stereotype as one of the most commonly experienced images of the Other. Since images of the Other come from both self ‘imaginations’ and ‘experiences’ of the Other, we canlook at these changing images of the Other and do ‘reverse engineering’. By looking at stereotypes created by different people throughout history, we can try to picture the historical development of self-perception and the socio-political environments in which these images were shaped.

Finally, we will examine the concept of ‘culture’ or in Chinese ‘文化’ (wenhua). Although the English word ‘culture’ is translated into ‘文化’ in Chinese, the word ‘文化’ actually consists of two words. Wen (文) is a noun. 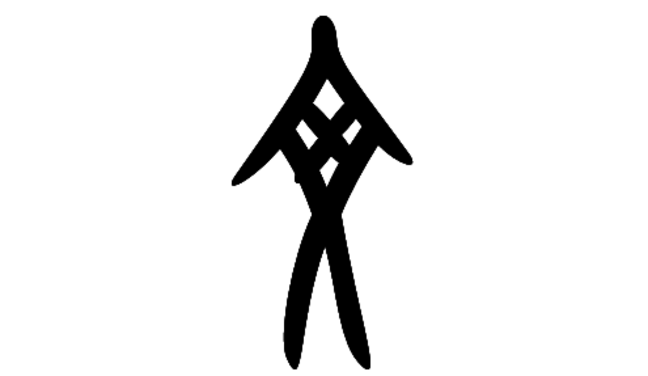 ‘Wen’ It literally means shape carved in stone in Chinese.

Hua (化) is generally used as a verb in traditional Chinese. 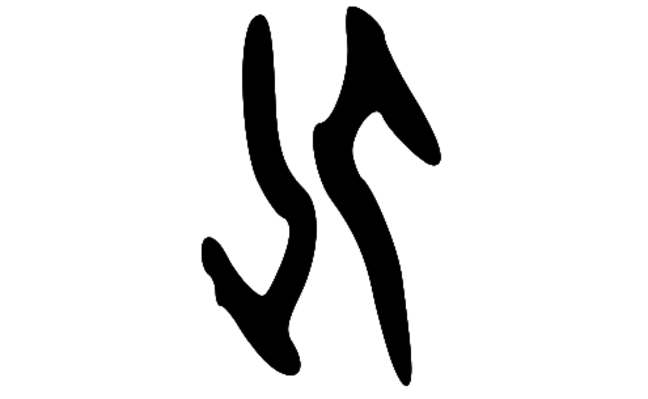 It contains two parts. The part on the left is a living person with head up. The part on the right represents a deceased human with the head buried underneath the earth. Hence, the word “化” means transforming from life to death. ‘To transform’ is this word’s figurative and most commonly used meaning. Hence, the word ‘文化’ in Chinese could be understood as transforming someone by using written words.

Modern Chinese preserves the traditional connotations of this concept. Hence, you will hear Chinese people calling someone ‘有文化’ (literally have culture). In English, this Chinese expression could be roughly translated as ‘a learned (one)’ or ‘an educated (one)’. ‘文化’ here does not only mean written words, but it could also refer to a wide range of knowledge which can shape a person. In the People’s Republic of China (PRC), we can see an even broader application of the term ‘文化’. Apart from literature and arts, the umbrella term ‘culture’ in the early PRC era encompassed news reports, religious activities, sports events, films, folk arts, music, and many other forms of intellectual and entertaining activities.

‘文化’ in the PRC also bears a strong political significance as it defines the worldview of the people. The May Fourth New Culture Movement (五四新文化运动, 1915-1919) was regarded as an ‘enlightenment’ of China by Vera Schwarcz. We are also familiar with the term ‘the Great Cultural Revolution’ (文化大革命), which was a mass social movement in China between 1966 and 1976. It was initiated by Mao Zedong for the purpose of transforming the political culture of China, preventing social stagnation and fighting against bureaucratisation. Both of these significant moments in modern Chinese history revolve around the key concept ‘文化’. In this sense, it is similar to what Hegel called Geist der Zeiten (the spirit of the times, or most commonly known in the English speaking world, Zeitgeist)