This content is taken from the University of Exeter's online course, Climate Change: The Science. Join the course to learn more.
View course
4.2 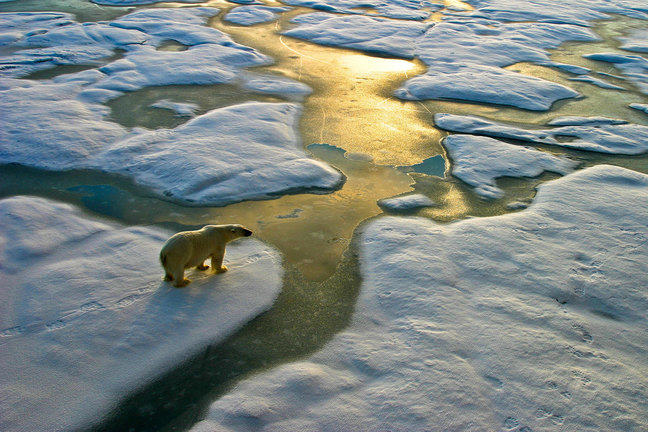 Climate models are used to project global warming based on potential ‘Representative concentration pathways’. These are four scenarios produced by the IPCC to span a range of emissions trajectories for this century. 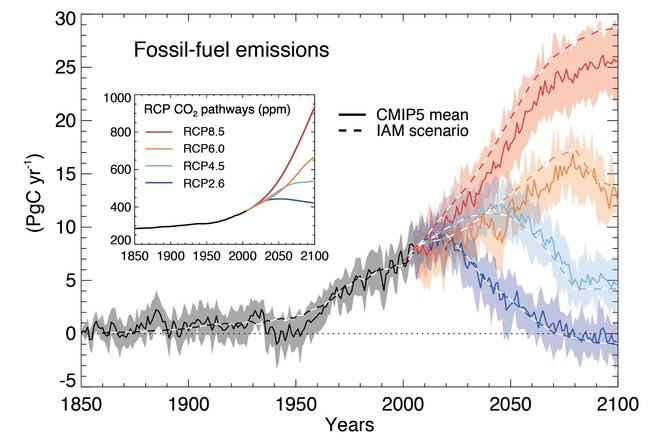 4 different scenarios - the Representative Concentration Pathways. This shows the carbon emissions per year associated with each RCP, with the inset graph showing the corresponding atmospheric CO2 concentration (in parts per million) this correlates to over time. Reproduced with permission from IPCC Fifth Assessment Report, Technical Summary.

The graph above shows the different scenarios, with RCP8.5 often referred to as a ‘business as usual’ pathway and RCP2.6 requiring immediate and drastic action to start reducing global CO2 emissions before 2020. They approximately correspond to the following global temperature increases by 2100 (relative to 1986-2005 average - so add 0.6˚C for the change from pre-industrial):

This warming relates only to emissions, but remember from Week 1 that there are many feedbacks in the climate system that may be important in determining future global warming potential. These may be influential in unsettling potential climate tipping points – abrupt changes to the Earth’s climate with irreversible impacts - that could change the game entirely. 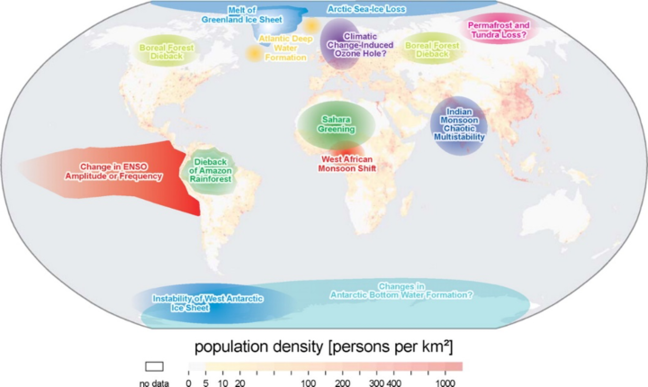 Remember back from Week 1 that methane has a global warming potential that’s around 25 times greater than carbon dioxide. Permafrost (frozen ground) regions of Alaska, Siberia and Canada may become net releasers of methane if they thaw. Old organic matter would be exposed that could decompose and release significant methane stocks that are currently ‘locked away’. If this does occur, then this could initiate a positive feedback mechanism adding to warming.

In 2005 and 2010 drought across the Amazon meant that the rainforest switched from being a net sink to a net source of carbon. We’ve already deforested around 20% of the Amazon and this is increasing stress in this fragile ecosystem. Drought is increasing tree mortality and further precipitation changes may lead to the dieback of this critical ecosystem. It also represents a significant positive feedback releasing yet more CO2 to the atmosphere.

Much of the West Antarctic Ice Sheet is grounded below sea-level. This means that warming ocean waters can melt the ice. Floating ice shelves that normally buttress glaciers are already beginning to break up. On the Antarctic peninsula, the collapse of the Larsen ice shelves led to glacier acceleration. In West Antarctica glaciers entering the Amundsen Sea Embayment already appear to be in irreversible retreat. This region alone could ultimately contribute more than 1 metre to global sea level rise. Worse still, the loss of this part of the ice sheet is predicted to destabilise the rest, threatening a collapse of the West Antarctic ice sheet.

Ocean circulation is the result of a delicate balance of heat energy and salinity. In the Atlantic, the thermohaline circulation brings warm waters northwards, including to the UK, before they cool and sink to the bottom of the ocean either side of Greenland, propelling a southward flow of cold water at depth. An influx of fresh water, or heat energy, could disrupt the circulation and potentially lead to its collapse. This wouldn’t be as quick as disaster movies may have led you to believe, but it would have knock-on effects all around the planet, including disrupting the summer monsoons in India and West Africa.