In addition to mitigating greenhouse gas (GHG) emissions from dairy farming, there is also a need to adapt this sector to climate change. 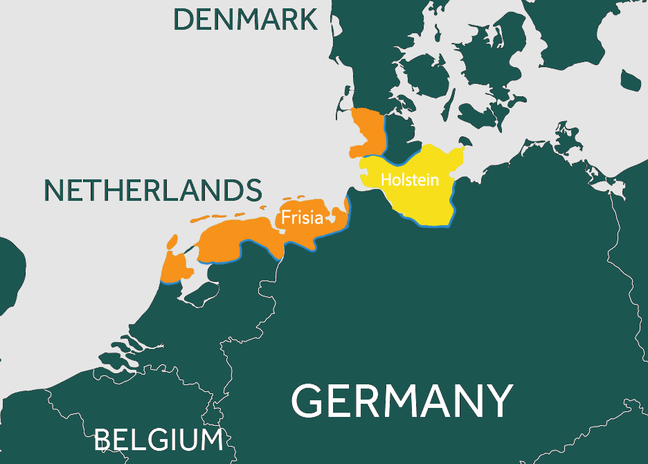 As you explored in Week 1, experts predict there will be a general increase in the global temperature and the incidence of extreme weather events, with heat waves likely to become more common, even in Northern regions. Dairy cows have difficulties coping with extreme heat and increased temperatures often lead to lower milk yields, and higher susceptibility to diseases and other physical problems. So heat stress is one problem that might become a more critical issue for dairy farming in the future.

As extreme weather events become more frequent, ensuring a constant supply of high quality food for dairy cows will become a concern. Most grazing pastures are ryegrass monocultures, which work from a nutritional perspective, but struggle to cope in droughts and flooding. Having lower yields of forage due to extreme climatic events in the future, could result in serious problems in providing enough high quality feed for dairy cows and an increase in costs for the farmers having to buy in additional feed.

A third aspect of climate change that could potentially cause a problem for dairy cows, particularly in Northern regions, is an increase in diseases transmitted by insects. Insects require certain temperatures to grow and reproduce. With an increase in the global temperature, the distribution of certain insect species shifts further to the North. As with many aspects of climate change, this can be beneficial but may also introduce livestock diseases that have so far not been present in the North. For example, the spread of the Bluetounge virus in Northern Europe is partly explained by increasing temperatures encouraging the transmitting midges (of the genus Culicoides) into these areas. The prevalence of certain parasitic nematodes and liver fluke is also expected to increase with warming temperatures.

The production of milk requires a number of resources that might decrease in the future, such as fossil fuels, quality soils, and water. Large quantities of water are needed to produce milk during feed production, animal husbandry and the milking process. If water becomes a limited resource due to drought, milk production faces big problems.

The UK Climate Change Risk Assessment Synthesis Report for 2017 states that the areas that are classed as the best and most versatile agricultural land in England and Wales, are projected to decline from currently 38% to 9% by 2050. Parts of Southern, Eastern and Central England are also likely to become unviable for some forms of farming, due to an increase in water scarcity. The report also highlights that some areas might benefit from climate change as it will enable the growth of crops such as tomatoes, olives and grapes, but that warmer temperatures will only be beneficial if fertile soils and water are available.

In the next Step, you will examine how cow husbandry and herd management can help to reduce emissions and mitigate the impact of climate change.