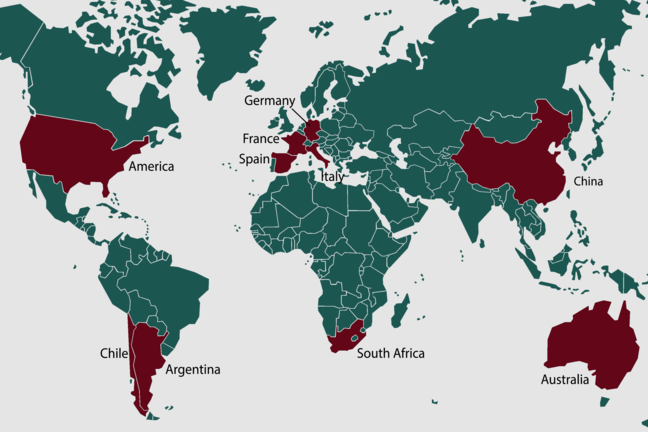 Figure 1: The 10 most important wine producing countries in 2014 based on production in volume

Last week you investigated the dairy industry and the fact that it is responsible for a large proportion of emissions in agriculture. In contrast, the wine industry releases far less greenhouse gases, yet it is likely to suffer from the effects of climate change more acutely.

Although wine does not have the same nutritional importance as dairy products, the industry is of high socio-economic importance and productive losses due to climate change will affect many businesses. Grape growing covers as much as 7.5 million hectares of land in the world (International Organisation of Vine and Wine), and there is an urgent need to make the wine industry resilient to the future.

This week, you’ll explore not only the effects of climate change on the wine industry as a whole, but also on the product itself – as a warming climate may change the flavours of some of the world’s most famous wines. You’ll investigate the latest research on vineyards being carried out in Europe, with France in particular.

In 2015, France produced the second quantity of wine in the world (after Italy). Wine makes up almost 15% of the value of the French agricultural market and is the second most important export product in France (worth $10.2 billion in 2014). Not only is wine of economic importance to the nation, it also plays a significant role in French culture and identity, as well as tourism.

The production of quality wines depends on a variety of factors: grape variety, soil, location of the vineyard, management practices, wine-making techniques, and to a large extent weather and climate. Vines (Vitis vinifera) are sensitive to winter and spring frost, which limits cultivation to regions within approximately 50 latitude North and 45 latitude South. Although the species is highly resistant to heat and drought, the best wines are produced in temperate climates, such as the wine making regions in Europe (eg France, Italy, Spain), North America (California), South America (Chile and Argentina), South Africa, and Southern Australia.

With the exception of New Zealand, grape growing in every region of the world has already been, or is likely to be affected by climate change. Over the long run, we can expect a general increase in the global temperature and many areas in which grapes are currently grown will suffer from droughts. As we’ll learn in the next Step, heat and drought are currently the main cause for concern in viticulture.

As with many perennial fruit trees, vines grow and produce grapes over a period of 30 to 60 years, which means that changes in climate and warmer temperatures must be considered in the management of vineyards. Growing grapes requires planning ahead as it takes at least four years for a vine to reach a good level of productivity. Years during which the climate around the vine might have changed. As opposed to annual crops like wheat, growing grapes doesn’t allow for switching to a different variety or for relocation to new fields from season to season.

You’ll be exploring the adaptation options in viticulture throughout the course but let’s first look at how much you already know about the wine industry.

In the next Step, we’ll be asking you to complete a short quiz. Don’t worry if you don’t know the answers (we’re not expecting you to be an expert), we’re just keen to get you thinking and to gauge how much you already know or need to find out. Don’t forget to mark this Step as complete before you move on.