This content is taken from the University of Reading & The Royal Meteorological Society 's online course, Come Rain or Shine: Understanding the Weather. Join the course to learn more.
View course
2.4 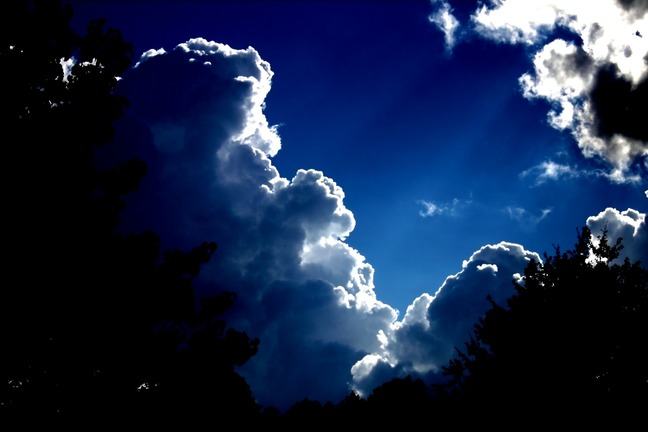 Let’s take a step back and think about the properties and characteristics of the air reaching the UK.

The UK sometimes also get Arctic air, which has travelled straight south from the Arctic. Returning polar air is polar air which changed direction over the Atlantic, hitting the UK from the west or even south of west, but still polar in nature. 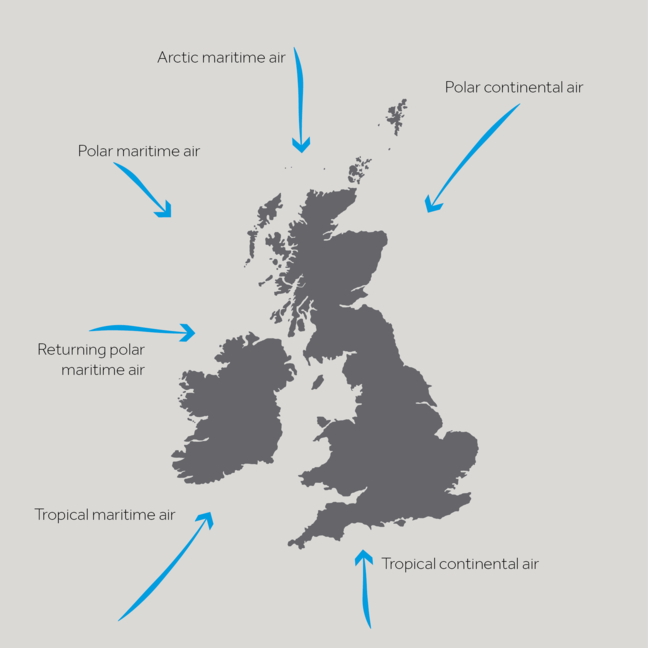 Looking at Figure 1, it’s easy to think that the North East of the UK always experiences Polar Continental air, whilst the South West always experiences Tropical Maritime air etc, but this is not the case. Usually, the whole country experiences the same air mass at the same time. A front is where two air masses meet.

In the next Step, we’ll think about what’s happening to the air from the four major air masses as it approaches the UK.

Don’t forget to mark this Step as complete before you move on.