As we saw in the activity on clouds and rain, weather fronts are boundaries between two different air masses, and tend to be the location of a lot of cloud and rain. When we look at weather maps there is a temptation to think of fronts as vertical boundaries, like very tall fences, separating the warm and cold air masses. However, as the diagrams in the article showed, fronts have a considerable slope in the vertical. In fact, with slopes ranging from about 1:50 to 1:200, the slope of fronts is so shallow that we could almost think of fronts as horizontal boundaries, separating cold air below the front from warm air above it.

In Figure 1 below, the blue line across the centre of the box has been drawn with a slope of approximately 1:100, sloping upwards from left to right. 1:100 is a fairly typical value for the slope of a front and as you can see, the slope is so shallow as to be barely perceptible. When diagrams showing a cross section through a front are drawn in books or articles the vertical scale is always exaggerated to make the slope look much steeper than it really is. 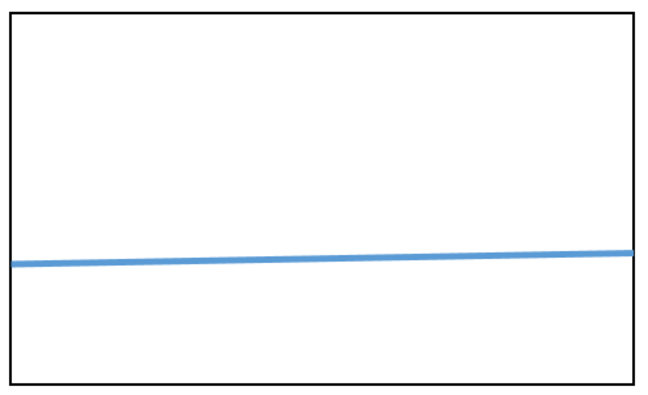 Figure 1: The blue line across the box has been drawn with a slope of approximately 1:100 which is typical for the slope of a weather front.

This very shallow slope means that, if a weather balloon is launched ahead of a warm front or behind a cold front, the balloon is quite likely to pass through the frontal boundary between the two air masses as it rises in the vertical. Even if the balloon is launched 4 or 5 hundred kilometres ahead of a warm front with a slope of 1:100, the balloon will intersect the front 4 or 5 kilometres above the ground. This makes weather balloons a very useful tool for weather forecasters trying to pin down the exact location of a weather front.

Because of the nature of sloping fronts, the colder, drier and denser air will (almost) always be below the frontal boundary, with the warmer, moister and less dense air above. This means that when a weather balloon with its instrument package passes through a front there will be a very typical signature recorded by the instruments; the temperature and humidity will both increase.

Data from weather balloon launches is usually displayed on a diagram called a tephigram, or alternatively a skew-T log-P diagram. These are complex graphs used by meteorologists. Different National Meteorological Services use different versions of these diagrams. They usually display the temperature recorded by the radiosonde and also the dew-point temperature which is the temperature to which air would have to be cooled to get the water vapour within it to condense. The dew-point temperature can never be warmer than the actual air temperature but the gap between the two values is an indicator of the humidity of the air. If the two values are close together then the air is humid. If they are far apart then the air is dry. If they are the same then the air is saturated with water vapour and condensation will be occurring, forming clouds and possibly rain. Our normal expectation would be that the temperature would decrease fairly uniformly with height but if the balloon passes through a frontal boundary we would expect to see a sudden change in temperature (and also dew-point temperature) indicating that the balloon had moved into a different air-mass.

The examples we shall look at here are skew-T log P diagrams. The vertical axis is pressure, which decreases with height, with values close to 1000 mb near the surface and about 200 mb at the tropopause. Temperature (and dew point temperature) decrease on this figure from bottom right to top left – hence the “skew” in the title – the temperature axis is skewed by 45°. This means that the warmest temperatures are in the bottom right hand corner of the graph and the coldest temperatures are in the top left. Figure 2(a) shows the skew-T log-P diagram for Nottingham at 1200 GMT on 29 February 2016. The two black lines are the temperature on the right and dew-point temperature to the left. Figure 2(b) shows the weather map from the Met Office at the time that the balloon was launched. The blue dot shows the location of Nottingham.

Figure 2: (a) Skew-T log-P diagram for Nottingham at 1200 GMT on 29/2/16. Pressure is the vertical co-ordinate, decreasing upwards and labelled on the left hand side of the graph in mb . Actual heights (in metres) have been added in black text next to some of the pressure values. Blue lines of constant temperature slope from bottom left to top right and are labelled along the bottom of the diagram. The 2 black lines show the temperature (right hand line) and dew point temperature (left hand line) recorded by the weather balloon. The horizontal red line indicates the level of the frontal boundary between the cool dry air and the warm moist air. © University of Wyoming (b) Surface pressure and fronts map for 1200 GMT on 29/2/16. The blue dot shows the location of Nottingham.

The skew-T log-P diagram is very complex and there are a lot of lines that we can ignore. However, there is one very clear feature apparent in the data plotted from the radiosonde balloon. Something happens at 650mb indicating a sudden change of air-mass. Between 900 mb and 650 mb the temperature is decreasing with height; the temperature line is pretty well vertical, with only a few very small wiggles, between these two pressure levels indicating that the temperature decreases from about -2°C at 900mb to about -15°C at 650mb – remember that the lines of constant temperature are the blue ones sloping from bottom left to top right with values labelled every 10°C along the bottom of the diagram.

The air in this layer is also very dry – the temperature and dew point are well separated. Above 650 mb (the level indicated by the horizontal red line on the figure) both the temperature and dew point temperature suddenly increase (ie shift sharply towards the right of the graph) and above this level the dew point is much closer to the temperature indicating much more humid air. This very sharp change in temperature and humidity over a very short vertical distance is the typical signature of the change from a cool, dry air mass into a warm, moist one above. In the course of just a few metres in the vertical the weather balloon is suddenly recording higher values of temperature when normally temperature should decrease with height. The change in dew-point temperature is even bigger than the change in actual temperature, indicating that the air is suddenly not just warmer but a lot more humid above 650mb. Above this level, the air then cools with height once more, all the way up to about 200mb and in fact gets much colder by this level – at 200mb its about -60°C. However, it’s the sudden sharp transition at 650mb and the sudden increase in humidity at that level that indicates the presence of the front.

On the surface weather chart in Figure 2(b) there is a warm front lying along the west coast of Ireland. This is its surface position – the point at which the boundary between the 2 air-masses intersects the surface of the Earth. This is always the case when fronts are depicted on a weather map. Although this front is about 600km west of Nottingham at the surface, the radiosonde launched at Nottingham has intersected this front at about 3.5km above the ground. This gives a slope to the front of about 1:170.

Figure 3: (a) Skew-T log-P diagram for Camborne in Cornwall at 0000 GMT on 23 February 2016, in the same format as Figure 2(a)© University of Wyoming. (b) Met Office surface chart for the same time. The location of Camborne is shown by the blue dot. The vertical level of the front is marked by the horizontal red line.

Figure 3 shows a similar pair of diagrams to Figure 2, but in this case for 0000 GMT on 3 February 2016. In this case a cold front is located about 300km to the south of Camborne in Cornwall, shown by the blue dot on the weather map. Although the transition between the cool dry air and the warm moist air is not quite so clear-cut in this case, there is still a distinct change of air mass shown by the radiosonde temperature profile, with cool dry air below 650mb and warmer, moister air above this level. The change is most obvious in the dew-point temperature which increases from -40°C at 700mb to about -12°C at 650mb. In this case the slope of the front is approximately 1:80. This reflects the fact that cold fronts tend to have a steeper slope than warm fronts.

In both of the examples shown here the temperature and humidity increased with height as the balloon passed through the frontal boundary even though one was a warm front and the other was a cold front, because warm air is above cold air on both fronts. How then can we tell what type of front the balloon has passed through if we don’t have a weather map to show us? The answer is that with just the temperature and humidity information presented here we can’t – we would just know that there is a front of some type. A second balloon launch at a nearby location might help us work out which way the front was sloping. However, weather balloons also record the wind speed and direction as they ascend and changes in wind direction with height can tell us what type of front we were looking at. If the wind is veering with height (ie changing its direction in a clockwise sense around the compass) below the frontal boundary then the front is a warm front. If the wind is backing with height (ie changing its direction in an anticlockwise sense around the compass) then the front is a cold front.