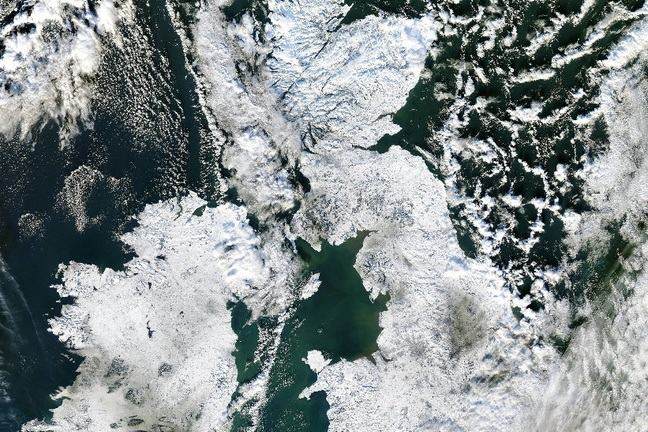 In this activity, you will be looking at the factors which determine whether a mid-latitude country gets snow. By looking at various charts, you’ll be able to see whether anywhere in Europe is currently likely to experience snow or not. It’ll be much more likely at some times of years than others!

To have snow, we need a combination of two factors:

• A weather front, convection or orography needs to be causing precipitation.

• The atmosphere needs to be cold enough for that precipitation to fall as snow.

Hopefully, through what you’ve already learnt in the course so far, you will be able to predict when we are likely to get precipitation. Let’s put your skills into practice.

First, follow this link to the Met Office website to look at a current surface pressure chart - you may have looked at these charts if you participated in the weather forecast game. Can you see any fronts? Is the air mass going to bring precipitation? Don’t forget, arctic maritime or polar continental air masses can bring snow in winter to the UK.

First, follow this link on Net Weather TV to look at some weather forecast charts on netweather.tv (in the charts and data menu). Select ‘HGT 500-1000’ from the ‘select chart type’ menu. A general rule is that, if the 528dam line is south of where you are, and there is a forecast of precipitation, then that precipitation is likely to be snow.

This line is the vertical distance between the level where the air pressure is 1000mb (somewhere near the ground) and level where it is 500mb (somewhere in the middle of the troposphere). In other words, the thickness of the bottom half (by mass) of the atmosphere. As warm air is less dense than cold air, the smaller this distance, the colder the air is.

Let’s look at an example. In Figure 2 you can see a weather chart for Europe from the 9 March 2016. Anywhere with values below 528dam (blues and purples) is cold enough for snow. In Figure 2, most of Scandinavia is polewards of the 528 line and would therefore get snow. In addition, there is a small pocket of air over northern Scotland and an even smaller area in the west of France where precipitation would fall as snow. 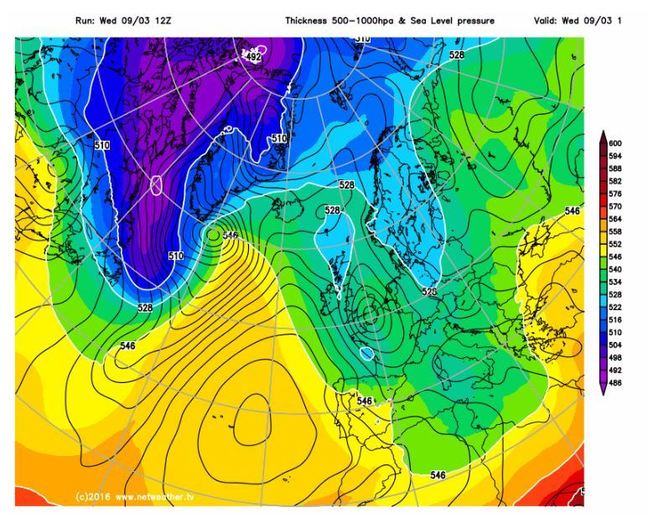 Figure 2: A weather chart for Europe which shows the thickness of the bottom half of the atmosphere. Anywhere with values below 528dam (blues and purples) is cold enough for snow ©netweather.tv

The Met Office actually marks the thickness lines on its forecast charts – if you go back to the Met Office website and look at least a day and a half ahead, you should see the lines marked on the charts with dashed red labelled lines. The 528, 546, 564 and 582 dam lines are shown.

If you would like to explore this topic further you can also try the additional step below.

It is also useful to check whether the atmosphere really is cold enough throughout its entire depth for precipitation to fall as snow. If there is a warmer layer (above freezing) just above the ground, the snow will melt. Go to the German website Wetter 3, to look at current temperatures throughout the atmosphere. Select the ‘Vertikalschnitte’ thumbnail (vertikalschnitte means vertical section in English). This option will take you to a web page with two interlinked charts. We’ve included a screen shot of this page in Figure 3 as an example. Move the pointer on the right hand side of the left hand map to change the latitude of the cross section, and see how the longitude/ height section on the right changes. Whereabouts on the map is the atmosphere coldest, and how does the temperature change with height? Does anywhere in Europe have temperatures below freezing throughout the whole depth of the atmosphere? 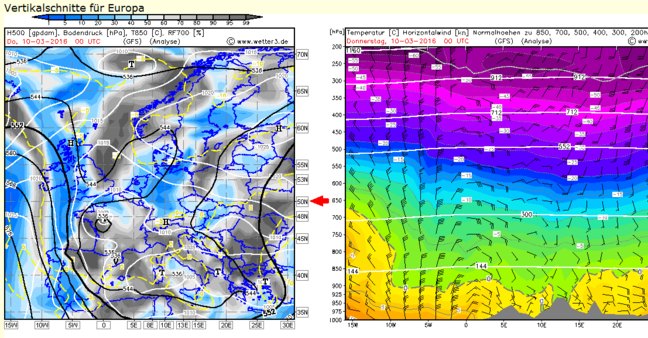 Figure 3: The Wetter3 gives you a horizontal weather map (left) with a moveable red pointer (centre) which allows you to select the latitude of the longitude/ height cross section through the atmosphere shown on the right. This lets you see how the temperature of the atmosphere falls with height. © wetter.de.

Will it be a white Christmas?

“I’m dreaming of a white Christmas” sang Bing Crosby – but what are the chances of getting snow on Christmas Day?

Now that you are able to predict the likelihood of snow, you can bookmark the links we have provided and return to them closer to 25 December to see if it is due to snow on Christmas day! In the meantime, you may be interested in this recent map by Haayoaie on the probability of snow at Christmas across Europe. 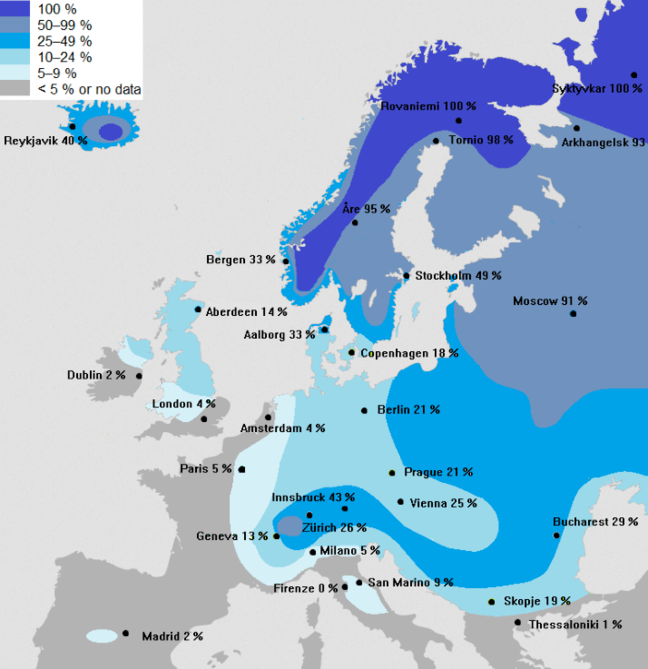 Figure 4: The probability of snow at Christmas across Europe. ©Map created by Haayoaie/Reddit