This content is taken from the Coventry University's online course, Community Preparedness, Recovery and Resilience: An Introduction. Join the course to learn more.
View course
1.9 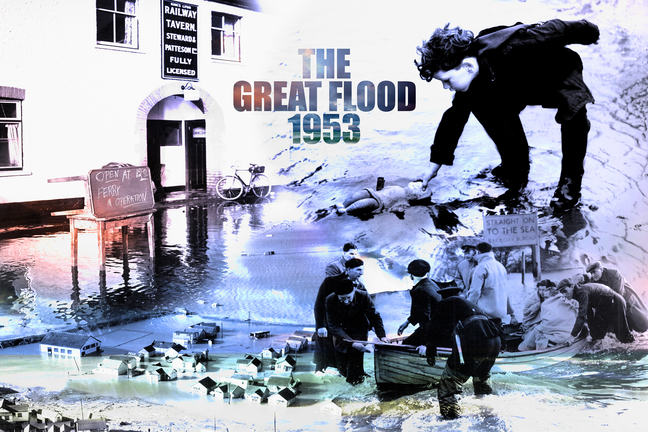 Throughout this program we will be looking at global experiences of disasters and emergencies. In doing so we can look at the differences and similarities in how communities approach and manage risk.

This will enable us to identify characteristics of how communities operate and the potential for the transfer of lessons between low-, middle-, and high-income country experiences.

Here we introduce a case study from the east coast of England, specifically the coastal region around Great Yarmouth. For those learners continuing to study the rest of the program, we will continue to look at this case study throughout to focus on challenges facing a community at risk in a high-income country.

On the night of 31 January 1953 a storm surge impacted the Netherlands, the east coast of England, Belgium and Germany. In total more than 2,100 people died, including more than 1,800 people in the Netherlands, where 150,000 hectares of land was flooded.

A spring tide, deep, low atmospheric pressure over the North Sea, and northerly gale force winds combined to produce a surge of sea water travelling south. The narrowing sea between England and mainland Europe caused the surge to increase in height. This combination of factors resulted in the largest coastal flood in Europe in recent decades, and the worst natural disaster in recent British history.

In England there were more than 300 deaths, 30,000 people were evacuated, 24,500 houses were damaged and 1,000 square kilometres of land was inundated and made infertile by salt water. Thousands of animals drowned.

In the Netherlands, the 1953 surge acted as a catalyst to speed up the extension of defences that were already in place. The defences comprised a system of dikes and storm-surge barriers to protect low-lying areas against flooding.

In the UK, the subsequent inquiry identified that the lack of flood defences and early warning system were to blame for the extent of the disaster and led to significant changes in UK risk and emergency management policy.

The report was significant for recognising climate change in the combination of factors causing the flooding, and that they were likely to occur more frequently. While not directly attributed to human activities at the time, the notion of climate change began to influence government policy and some of the measures that followed, such as the building of the Thames Barrier to protect London.

The impact of the flood of 1953 can be seen in a variety of preparedness measures that have followed in subsequent decades:

Incidents in the 21st century

Since 1953, there have been further tidal surges with the 21st century experiencing an increase in frequency of these events. In each case warnings were issued many hours in advance, emergency coordination centres were established and evacuation centres set up. There were no major breaches or overtopping, no deaths due to flooding, and a disaster similar to 1953 was avoided.

Key dates when emergency responders and the community were mobilised:

In 1953 there were many examples of communities supporting and helping each other in response to the flooding. The Red Cross and the military were mobilised, businesses helped out with specialist equipment, and local boats were used to rescue people from their houses.

How prepared are communities today in the 21st century?

Communities are encouraged to be prepared for the worst. But there are still questions about how well the risks are understood. Is the public really prepared for what could be widespread coastal flooding and erosion? Is there the enthusiasm to invest time and energy in preparing for something that people feel may not happen to them?

Despite experiencing tidal surges of a similar magnitude to 1953, there have been very few deaths or loss of premises due to the improvements in mitigation and preparedness. Although the frequency of a potentially devastating tidal surge has increased, the risk of widespread flooding has been minimised and so people feel it will not happen to them. It is understandable, therefore, why some people appear complacent. On the other hand, those communities ‘living on the edge’ at clear risk of flooding or coastal erosion are demanding action by government agencies.

Listen to Lance Martin’s personal story of his experience ‘living on the edge’ in Hemsby, a village and small seaside resort 12.1km north of Great Yarmouth. 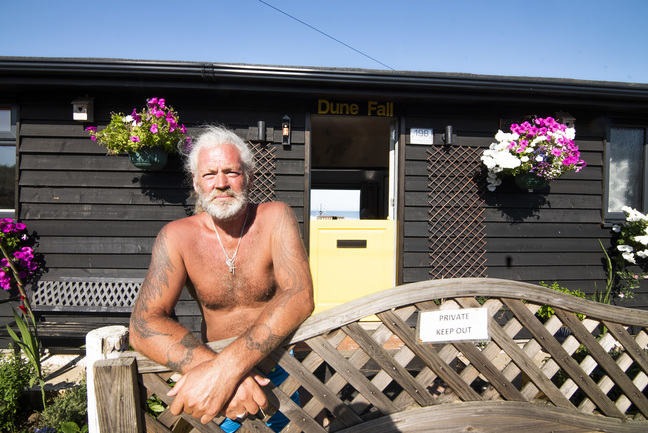 Lance Martin leaning on the fence outside his rescued home in the Marrams, Hembsy

Over the last few years the UK has seen a shift in focus from agency-led projects to those that involve the community to a greater or lesser extent.

Climate crisis: flooding threat ‘may force UK towns to be abandoned’ (The Guardian 9 May 2019).

In response, the chair of the Agency said:

We need to ……… help communities better understand their risk and give them more control about how to adapt and respond.

(Chair of the Environment Agency 2019)

Many coastal communities are balancing short-term livelihoods with long-term survival. They need to maintain confidence in the local economy while planning for the worst case of abandoning homes and businesses.

The challenge for practitioners is how to balance awareness of the risks and help local residents and businesses take more control to adapt and respond effectively.

Given the case study described, what might ‘take more control’ mean for local residents and businesses?

Emergency and Disaster Training and Exercising: An Introduction

Explore the role of training and exercising for emergency preparedness and how it can help you respond to disasters effectively.